Michigan's cannabis industry tops $3.2 billion in 2020, study finds — but most sales are still off the books 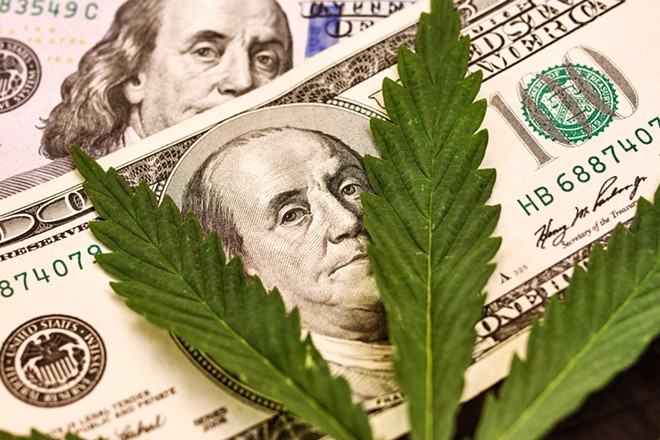 Michigan's mighty marijuana market totaled $3.2 billion in sales in 2020, according to a new study by the Anderson Economic Group commissioned by the Michigan Cannabis Manufacturers Association.

That's thanks in part to the nearly 300 licensed adult-use "recreational" cannabis dispensaries in the state, and nearly 400 licensed medical provisioning centers, the study reports.

But the study also found that the vast majority of the state's cannabis sales — about 70% — happen "off the books," or outside of licensed stores. It did not specify how much of that was from the black market and how much was from caregivers, who are allowed by state law to grow up to 12 cannabis plants at home for medical marijuana patients.

The report deems Michigan's unlicensed market as a threat to safety since cannabis sold outside of retail stores is not tested.

Important to note: The Michigan Cannabis Manufacturers Association represents more than half of all licensed businesses that produce and grow marijuana in Michigan. The group has been lobbying for Michigan lawmakers to crack down on home growers, causing some to call for a boycott of the corporations affiliated with the MCMA — major players in Michigan's marijuana market including Skymint, Common Citizen, Pleasantrees, and more.


According to Lansing City Pulse, state records show about 30,000 caregivers service more than 250,000 patients outside of the licensed retail market in Michigan.

Rick Thompson, owner of the Michigan Cannabis Business Development Group, told the paper that the crackdown is simply corporate greed.

"Our position is that the caregiver system works just fine the way it is," he said. "There's no reason to make any changes to the way things are being done. At this point, there's no compelling reason to make changes — except for the profit margin of those MCMA companies. It's a nonfunctional suggestion that comes from the greedy, black heart of the MCMA."

Another driver of Michigan's off-the-books market: adult-use licenses are still blocked in Michigan's largest city. Detroit officials held off on granting adult-use licenses in the hopes of developing a social equity program that would give a leg up on Black Detroiters harmed by the war on drugs. But a federal judge halted the program earlier this month, declaring it "likely unconstitutional."

Detroit Councilman James Tate, who helped draft the ordinance, said he will continue to push for a way to help Detroiters enter the cannabis industry.

"While I am disappointed by today’s ruling, I will continue fighting for the ability of Detroiters to own and operate cannabis-related businesses in the city that they live in," Tate said in a statement.