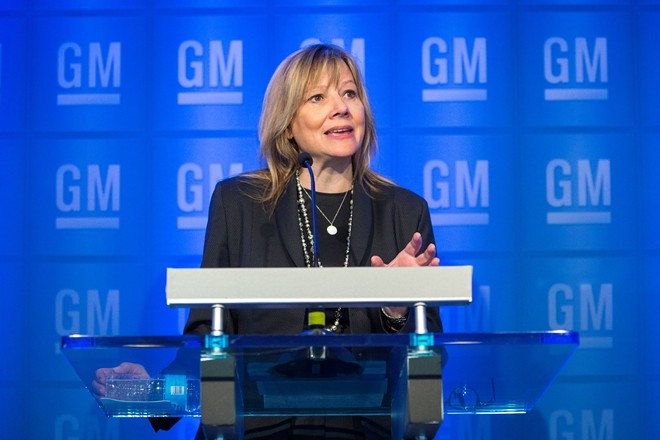 The leaders of three dozen major Michigan-based companies on Tuesday denounced a package of Republican-sponsored bills that would curb voting access in Michigan and other states.

The companies — including General Motors, Ford, Blue Cross Blue Shield, Quicken Loans, and all four Detroit professional sports teams — issued a joint statement after Republicans in the state Legislature introduced a 39-bill package of bills that would make it harder to vote.

"We represent Michigan’s largest companies, many of which operate on a national basis," the statement said. "We feel a responsibility to add our voice as changes are proposed to voting laws in Michigan and other states."

The statement comes about two weeks after more than 100 companies criticized Georgia’s law curbing voter access. In a Zoom call on Saturday, more than 100 corporate executives and leaders gathered to discuss taking action against state voting bills that would restrict voting access. Among the potential actions are halting donations to politicians who support the bills and withdrawing investments in states that pass the legislation.

The statement in Michigan lays out support for shared principles, including:

• The right to vote is a sacred, invaluable right of American citizens.
• Democracy is strongest when citizen participation is at its greatest level.
• Safe and secure options to vote are vital to ensuring voter participation.
• Government must support equitable access to the ballot.
• Government must avoid actions that reduce participation, particularly among disenfranchised communities, people with disabilities, older adults, people of color, and low-income voters.
• Election laws must be developed in a bipartisan fashion.

Republicans are expected to begin discussing the bills in the Senate Elections Committee on Wednesday. They are also pushing for a voter-driven ballot petition that would circumvent Gov. Gretchen Whitmer’s veto.

The bills come amid false and discredited claims of widespread voter fraud in the 2020 election, when a record number of people voted.

The legislation would require a photo ID to vote in person, prohibit clerks from providing prepaid postage on absentee ballot return envelopes, and restrict the hours to drop ballots in curbside boxes. The Secretary of State would be prevented from mailing unsolicited absentee ballot applications, as done in 2020, and voters would have to attach a copy of their photo ID to apply for an absentee ballot.

"This has been described as Jim Crow laws, and it’s hard to describe it as anything else,” Duggan said at a news conference last week. “This is a desire by a group of people to maintain control by denying other people their rights.”