Why you dismiss her appeal at your own risk 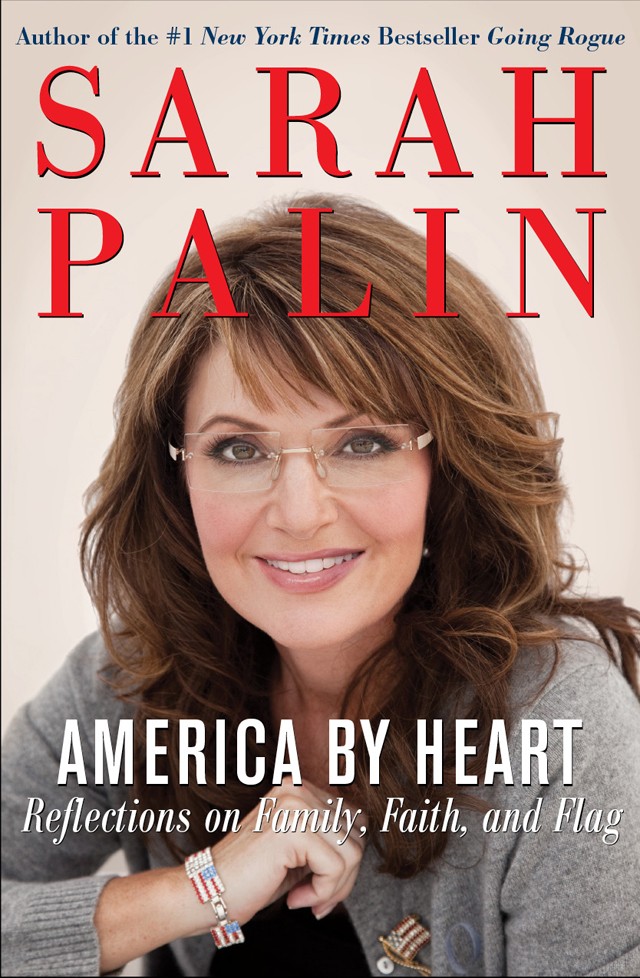 I assigned Sarah Palin's Going Rogue in my course on women in contemporary U.S. media and politics. I spent the week walking around town, riding the train and dashing through airports with the book tucked under my arm. "Isn't she awesome?" gushed a waitress in a New Jersey restaurant. My seatmate on a flight to Louisiana smiled knowingly and whipped out her copy of Decision Points. On my way to California a guy in a University of Alaska sweatshirt nearly threw himself across the aisle to chat with me. It was a camaraderie with perfect strangers that I once evoked by wearing my Obama sweatshirt.

I expected my Princeton students — mostly young women, self-identified as liberal and feminist and actively engaged in local and national politics — to be critical of Palin. But although they found her authorial voice irritatingly self-assured and disagreed with her policy conclusions, they also found her surprisingly compelling. They thoughtfully drew parallels between her nontraditional (dare I say mavericky?) career choices and those of Hillary Clinton, whose Living History we read the same week.

I pushed my personal Palin test one step further by watching Sarah Palin's Alaska with my 8-year-old daughter. My kid's dislike of Palin is pure, instinctive and content-free. It's not as though she has well-formed policy positions; she just knows that Palin was an opponent to be vanquished. Born in Hyde Park, my daughter learned to read "Obama" as her first word, because it was plastered on signs all over our neighborhood in 2004. My kid accompanied me to campaign events throughout 2008 and has heard many kitchen table commentaries railing against Palin and the Tea Party. But 20 minutes into the first episode, she was transfixed. She loved watching the baby bears. She was jealous that Palin had a studio in her house: "Mom, can't you get one from MSNBC?" She cracked up with hand-clapping hysteria as the mountain-scaling Palin shouted, "I was never a gymnast or a cheerleader!" At the end my kid declared, "I know we don't agree with her, but her life sure is interesting."

Eight-year-olds don't vote. My students are not planning to switch parties. My book-toting elicited as much clucking disapproval as it did enthusiastic bonding. My experiences are not scientific or systematic, but after reading and watching Palin and the reactions to her these past few weeks, I am convinced that underestimating Sarah Palin is a mistake of epic proportions.

Much of the urban East Coast discourse about Palin and other Tea Party women is dismissive and mocking. Most Democratic and many Republican commentators rely on a basic assertion that Palin is stupid and therefore not credible. But this perspective ignores that visceral emotions are at least as important as sober rationality in making political choices. Whatever her failings, Palin has successfully harnessed new media forms to engage and direct emotional reactions in ways that are surprisingly effective.

Using Twitter, Facebook, corporate-news punditry, readable memoirs and reality television, Palin has managed to subvert traditional media. Rather than pay for advertising, she is getting paid to advertise her politics. Rather than wait for kingmakers to declare her a contender, she smirks while predicting her victories. Her reality show is a pinnacle of this new media-saturation strategy. The show's producer, Mark Burnett of Survivor and The Apprentice, pioneered the infiltration of reality shows into network lineups. His ingenious use of product integration exploded the profitability and desirability of reality television. While highbrow critics mocked the lame, melodramatic obviousness of reality TV, the genre revolutionized American entertainment. Sarah Palin's Alaska is the ultimate test of this form. Will product placement of a candidate prove to be the flattest, fastest, newest route to the American presidency?

In her brilliant new book Reality Bites Back, Jennifer Pozner argues that Americans prefer the scripted "reality" of reality TV to the messy complexity of our lives because these shows "both play to and reinforce deeply ingrained societal biases about women and men, love and beauty, race and class, consumption and happiness in America." And Palin is the perfect reality-show star: more ruthless, more eloquent, more audaciously dishonest, more single-mindedly ambitious, more likable and eminently more electable than Hillary Clinton in 2008. She is a pencil skirt-wearing marathoner who operates without a shred of shame or self-doubt. There is something remarkable and frightening about the depth of her belief in her narrative. Every criticism, every defeat, every attack is just evidence of the virtue of her chosen path. Her show replaces the tough tradeoffs of a politically complicated and economically insecure world with a fiery self-assurance born of the hard, bright blindness of righteousness. In uncertain times, this unassailable certainty, set in the compelling aesthetic of the American frontier and packaged with pitch-perfect editing, proves magnetic even for those who disagree with her.

Pozner reminds us that media are "as much a dissemination mechanism for ideological persuasion as ... a means of entertainment," they are "our most common agent of socialization, shaping and informing our collective ideas about people, politics and public policy." Media, especially reality TV, encourage us to think less and buy more. They capture our emotions and silence our inner critic. They send us in search of products to fulfill our deepest desires. Palin may just be the political embodiment of our contemporary cultural moment; a presidential candidate born from TV's easy emotional draw and limited analytic capacity, a candidate who needs only 140 characters to explain policy, a candidate who attracts us even when she repulses us. As with reality TV, to underestimate Palin is to invite her to reach ever deeper into the American consciousness.