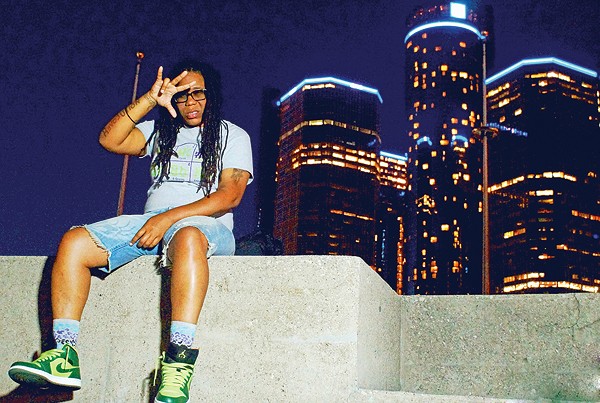 Earlier this week, it was announced that Detroit's Bel Air Luxury Cinema will host a red carpet screening of Eminem's 8 Mile, 15 years after the film had its local premiere there.

Today, details have emerged for an official party planned for Thursday, Nov. 9 at Saint Andrews' Hall (whose downstairs venue, the Shelter, is referenced in the film — and also has hosted the performances by a then-up-and-coming Em).

The party will hosted by DJ Bushman and will feature a performance from rapper Miz Korona, both of whom appeared in 8 Mile. In sticking with the theme of the occasion, it will also feature an 8 Mile-esque rap battle.

Tickets are $20 each for general admission and $50 each for VIP, which includes 8 Mile swag (they go on sale at noon on Wednesday, Oct. 18 at saintandrewsdetroit.com). A portion of proceeds will benefit the Verses Project. Doors open at 8 p.m., and the party is 18 years and up only.