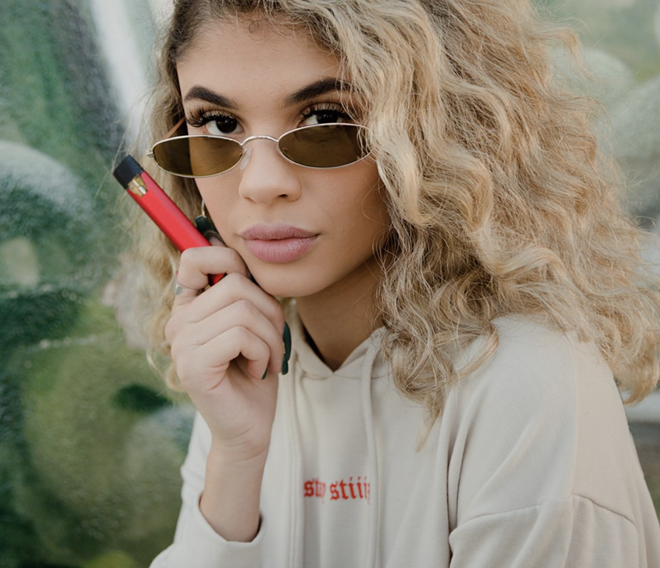 Cannabis-related businesses are coming to Michigan. With adult-use marijuana now legal in Michigan and the state scheduled to begin processing applications for adult-use licenses later this year, folks are jostling to get in line to do business here when the market officially opens up. Brands that have established themselves elsewhere are rushing to establish themselves here. They may not be getting in on the ground floor, but they are taking advantage of the great expansion.

The High Times brand, one of the most recognizable in the business, started running medical marijuana Cannabis Cup competitions shortly after that became legal. This year they had the first straight-up Cannabis Cup events without the medical moniker, returning to Michigan's Auto City Speedway in Clio in June. Then they took it one better this past weekend by holding a second Cannabis Cup in Michigan this weekend at the Russell Industrial Center.

High Times tried to run a Cannabis Cup here early on, but the Detroit political establishment wasn't happy with it. An antagonistic police presence at the event held in the Eastern Market area spoiled the fun and sent organizers to settle at the Auto City speedway in Clio. It's good to see that the Cup came back.

Another cannabis brand used the Cannabis Cup to launch its expansion into Michigan. STIIIZY sells distillates in California, Nevada, and Washington state, as well as vaporizers and gear to a wider audience. STIIIZY claims itself to be California's fastest-growing cannabis brand. We'll see how it does in our state.

Confident Cannabis, a marijuana exchange platform already operating in Oregon, plans its own Michigan grand opening this month. CC's product is business-to-business software that links the marijuana suppliers, testers, and processors to the marijuana sellers. Provisioning center owners will be able to go online to find the origin of a product, view its lab test results, see the price, and compare products to other producers. According to Brad Bogus, CC's vice president of growth and marketing, the company's research revealed the need for developing "trust and transparency."

"There's a real problem in the process of finding vendors and finding product. The biggest thing that prevents cannabis business from buying online is they can't trust what they see," says Bogus. "Cannabis businesses won't buy cannabis from someone before they kick the tires. You don't do business with anyone who walks up to your door."

Come to think of it, the ability to order online makes sense for a business. Provisioning center customers can order online and have it delivered. Businesses should be able to do that too. In an industry traditionally shrouded in secrecy and built on personal trust, buying online from somebody across the state that you don't know is a revolutionary concept. The patchwork of suppliers that has been stitched together will become a marketplace exchanging commodities.

"We have 100 percent of [the] licensed cannabis suppliers" in Michigan, says Bogus. "Anyone who creates a product, extractors, cultivators, everyone in the supply chain that is creating a product, all licensed labs, they all have accounts."

Provisioning centers or processors would be able to see, for instance, that a certain grower has 25 pounds of Durban Poison available, where it was tested, what those tests results are, and the price. They could order some or all of the product.

That issue was complicated last week when the Marijuana Regulatory Agency suspended the license of Iron Labs in Walled Lake due to allegations of numerous testing violations. Iron Labs was among the first testing facilities in Michigan, and also has facilities in Oregon. No one is reported to have become ill from products tested at the lab, but the state advises caution. Whether the allegations are true or not, it throws a lack of trust into the system. Having a central source of information might be helpful to everyone involved.

"Trust and transparency," Bogus repeats several times during the conversation.

Bogus seems to have done his homework on Michigan. He sees that extract sales are higher here than in other places but wonders whether that is due to the lack of legal flowers in the system. In a Confident Cannabis system, a business might offer a higher price to a grower.

"Sellers should be getting a higher price," says Bogus. "A lot of growers in Michigan that we talked to are, like, pre sold out. Everybody's having a hard time getting a hold of licensed flower."

That situation is not likely to change soon. Even though the MRA has begun issuing licenses at a faster rate, for growers it can easily take up to nine months to finish a build-out and then grow plants. It's still going to take a long time for product to catch up with demand. We're just talking about the medical market here. The adult-use market is several times larger than the medical market, so it's possible that several times the confusion will reign in the market.

Related Gage Cannabis Co. is about to bring a high-end marijuana experience to Ferndale

Gage Cannabis Co. is about to bring a high-end marijuana experience to Ferndale
By Lee DeVito
Canna-Business

Not only do Bogus and partners hope to lower the marketplace confusion, they hope to educate the public about an increasingly sophisticated approach to cannabis. Most folks have a pretty simplistic and overly prescriptive approach the idea of indica, sativa, and hybrid. Folks generally believe that sativa has an energetic result and that indica gives you couch lock.

"Indica, sativa, and hybrid have no chemical designation or meaning," says Bogus.

He says that there are about 3,000 widely circulated strains and that CC is working to create a visualization of the nation's flower chemistry, along with their cannabinoid and terpene profiles. There will be connections indicated between chemically similar products that are more accurate than an indica or sativa label.

Cannabis events and enterprises are cropping up faster than any one person can keep track of. It's not slowing down and probably won't for some time now. It's not just the industry; we're learning at a quicker pace just what's in cannabis and what to expect out of it. Things could get very crowded in the cannabis space.

The Marijuana Regulatory Agency has been scheduling meetings to inform citizens about social equity opportunities in the adult-use marijuana business. The next meeting scheduled in southeast Michigan is Aug. 30 at 10 a.m. at the Ypsilanti Automotive Heritage Museum; 100 E. Cross St., Ypsilanti; 734-482-5200. The MRA meeting schedule can be found online here.

Former heavyweight champion and convicted rapist Mike Tyson made marijuana news last week on his Hotboxin' with Mike Tyson podcast. Tyson, who owns a 40-acre marijuana ranch in California, said that he and his buddies might smoke some $40,000 worth of marijuana each month. However, he did not say which of the seven strains produced on his ranch is the favored line.