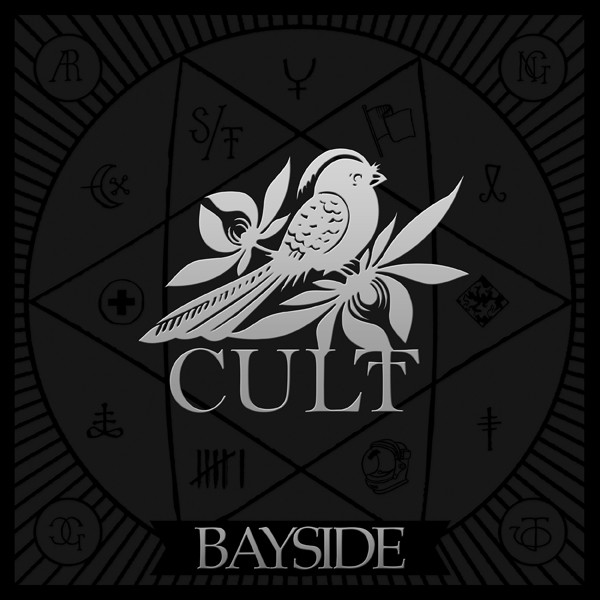 Not to state the obvious, but are punky emo-types Bayside fans of the band the Cult? Not only have the boys from Queens named the new record Cult, but the sleeve art looks remarkably like the sort of thing Ian Astbury would dream up. Even the font looks identical to that used on the Ceremony album. But no matter.

Bayside has been kicking around since 2000, and in that time the band has done a great job of polarizing opinions. Young pups in the early stages of punk respectability think of the band as veterans now. Shit, if you’re 18, this band has been making music since you were 5. The older, cynical types who remember Minor Threat and the Misfits wreaking havoc at the Freezer Theater sneer at Bayside and their whiny, poppy punk anthems. Of course, what could be more punk than to annoy the people determined to tell you what punk is?

The thing about Cult is that much of that whiny, wimpy awfulness that infected the band’s early work is gone, and it’s been replaced with a real joy combined with quality songwriting. We were fully expecting to hate this record; instead, we found ourselves singing along after just one listen. Opening track “Big Cheese” is remarkably catchy, dabbed with just enough somberness to give the affected emo-kids something to grip onto. The Alkaline Trio is the most obvious reference point, hammered home by the fact that the two bands are touring together this year.

“Stuttering” is the one tune that sees the band regress to its former foppishness. “I’m trying to convince myself that I’m someone who’ll be missed,” sings Anthony Raneri. Quitcha moaning, buddy. Next song “Bear with Me” ups the fun again, and the album is back on track, confirming that Bayside 2014 is not only bearable, but actually very enjoyable.


Nashville Pussy
Up the Dosage
SPV/Steamhammer

When Nashville Pussy emerged in ’96, the band was a breath of fresh, if slightly sweaty, air. Blending sleazy hard rock with cowpunk and Southern rock, and blessed with statuesque bassist Corey Parks, these folks had the best live show in every town they rolled into. They were wonderful; a bad influence on the kids in all of the right ways. Parks would breathe fire, frontman Blaine Cartwright did the Lemmy thing, and his wife, Ruyter Suys, shredded with her gee-taw. The debut Let Them Eat Pussy album was, unbelievably, nominated for a Grammy in ’98, and things were looking rosy. Then Parks was kicked out for bad behavior, and the band went off the boil. They put out some strong tunes but, meh, it seemed like their time had passed.

The great news is that Up the Dosage is a real return to form. The lyrical content is still filthy as fuck and ruthlessly funny, and Cartwright’s voice sounds nastier and trashier than it ever did — it’s tough not to cringe when he sings “Let’s get it on, before the drugs wear off,” or chuckle when he says that, “the South’s too fat to rise again.”

This is the sound of a band that has matured musically, but retained its gloriously infantile sense of humor. Nashville Pussy has hit its stride again.

For more than 30 years, Kevin Seconds has fronted hardcore punk band 7 Seconds, a career that has seen him play more than a few testosterone-fueled shows and release a rack-full of hyper-speed albums. Seconds has inadvertently encouraged more men to take off their shirts and sweat than Richard Simmons, so it’s no surprise that he pulls a complete 180 with his solo work. He’s been doing his own thing on the side for more than a decade, so this is nothing new. And yet, it’s still oddly surprising to hear just how deftly and delicately he pulls off the folk thing. Sitting somewhere between Frank Turner and Billy Bragg, Seconds pulls out his heart time and again and, rather than simply wearing it on his sleeve, he offers it to his listeners.

Perhaps perversely, Off Stockton’s best moment is at the start of “Run Run Run,” when Seconds screws up the start of the song. Rather than start again, he laughs and keeps going, and that’s the cut that makes the album. While his lyrics are honest and touching, this genuinely human moment is beautifully effective. Age is having a glorious effect on Seconds’ voice, as heard in songs like “Truth Be Told.” Of course, before we know he’ll be back to screaming, but for now we can enjoy this.

Tommy Castro & the Pain Killers
The Devil You Know
Alligator

Tommy Castro has a rich and illustrious history. The San Fran man played with hometown R&B heroes the Dynatones in the late ’80s and early ’90s, before forming the Tommy Castro Band just a few years later. That group became the house band for the NBC TV show Comedy Showcase (aired immediately after Saturday Night Live). So the man has performed in front of a lot of people, all told. In 2009, he put out the debut Pain Killers album, Hard Believer, and he earned a lot of plaudits. It was a great record, blending traditional blues and blues rock with a N’awlins, Dr. John sort of sound.

That Southern influence is all over opening song “The Devil You Know,” a song which flows with a sort of solemn warning, Castro the dark messenger and his band backing him up with a sinister vibe. “Center of Attention” is a different tune entirely — think J. Geils or John Cougar Mellencamp at their blue collar hero-best. “The Whale Have Swallowed Me” takes on a world music feel, though rooted firmly in the west, a la Paul Simon on Graceland.

He might shift through the gears quite rapidly, but there’s a true grit about The Devil You Know that doesn’t let up until the disc stops spinning.
—Brett Callwood