No pipe? Ways to deal with that nightmare scenario. 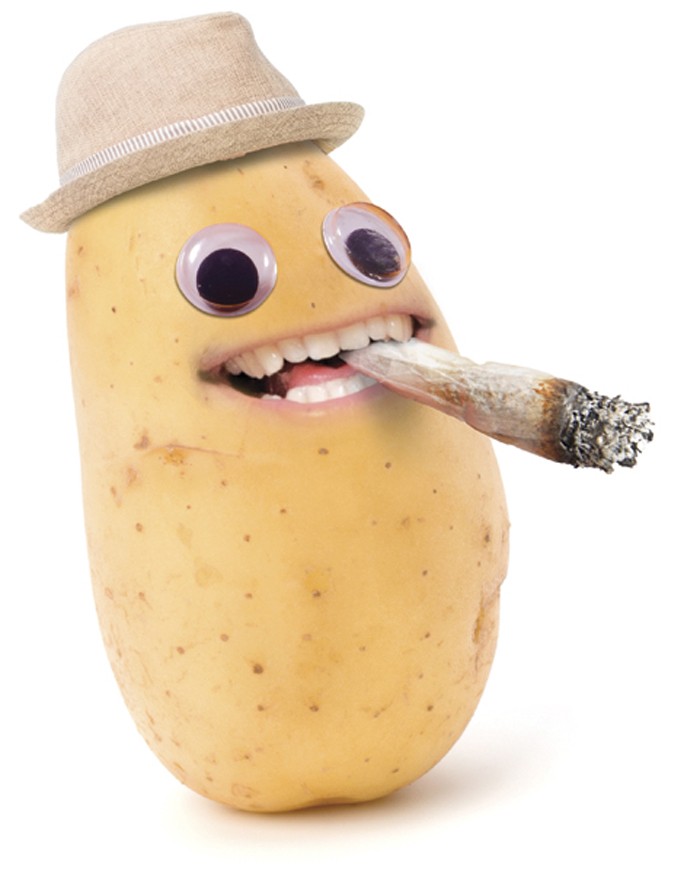 Have you experienced this nightmare scenario? You and your pals have just come into possession of a goodie bag, but there’s not a pipe, one-hitter or even a torn skin to make it smokeable. It’s sort of like that old Twilight Zone episode in which book-loving Burgess Meredith survives a nuclear holocaust only to break his reading glasses. Nooooo!

Luckily, there seem to be at least a dozen weird ways to turn that pot into smoke and inhale it with relative safety. We know a few methods, and have seen some demonstrated. One old pal once even sent us a photo from out West of a group of people all huffing from a mound of smoky sand, which just goes to show how far ingenuity will take you out there.

Now, these methods aren’t all pretty; the hobo end of the smoking spectrum, if you will. Seriously, if you can’t get some papers or the pipes they seem to sell at every gas station, maybe you shouldn’t be smoking pot at all. That said, the paperless and pipeless have developed these emergency procedures that do the job. Your mileage may vary.

Beer can pipes are popular because they use a prop handy in any frat house, bachelor pad or party palace: that 12-ounce can waiting to be recycled. It can be reused and repurposed as well. The aluminum can be bent into a bowl of sorts, punctured finely, and fired up (just not over the UPC symbol if you want your deposit at the returnable machine). The hole, of course, is already cracked open for you. (The punch key comes right off after you wiggle it back and forth a dozen times.) You might also punch a stop where your thumb is, to clear the can of a hit.

As a European surrealist once said, sometimes a pipe isn’t a pipe. Sometimes it’s an apple. Sometimes it’s a potato. Frankly, either will do, but a potato seems somehow more like a pipe, so let’s go through that drill. You’ll need a good, sharp paring knife and a screwdriver. Choose which end will be the stem and which will be the bowl; handling the potato, you’ll easily be able to choose based on the tuber’s form and center of gravity. Cut out your “bowl” in a way best suited to what you have to smoke. Now you can cut out a channel below that, keeping it narrower than your bowl, perhaps with a knife, perhaps with the screwdriver. That latter tool comes in handiest for boring out the “stem” of this pipe, backing it out occasionally to shake out tater bits. When the two channels meet, you can blow through the pipe over a sink and any chunks will fly out harmlessly. Dry the potato off, put in a screen if you happen to have one, and smoke away.

Variations on the potato method seem more involved than making a run to the store for papers, but include refrigerating the potato for a half-hour to cool the smoke, or even cutting the potato in half to create a circuitous tunnel for the smoke, then joining both pieces, fitting in a screen, and using the spud’s starchy moisture — and maybe a toothpick or three — to hold it together. Mr. Potato Head was never so kind.

For those without beer cans and potatoes, again, you probably should be out shopping, not smoking. But if you must, consider that 2-liter soda bottle that must be lurking around somewhere. Cut the bottom of it off and remove the cap. Fill up a sink or bucket tall enough to almost immerse what you have left of the 2-liter. Get some aluminum foil and craft a “bowl” that covers the top of the 2-liter. Don’t jam it on there; it’s important that you’re able to pop this bowl on and off the top of the bottle, but with the best seal possible. Prick a tight pattern of holes through your “bowl,” right where the center of the hole on top is. Remove your bowl.

Now, using a fire source over the bowl, carefully draw the 2-liter up until it’s filled with smoke but still immersed at the bottom. Daintily remove the foil bowl assembly, exhale, put your lips over the top, and inhale while forcing the 2-liter bottle down into the water. This is a serious, often mind-scorching hit of weed, so put on some King Missile or something.