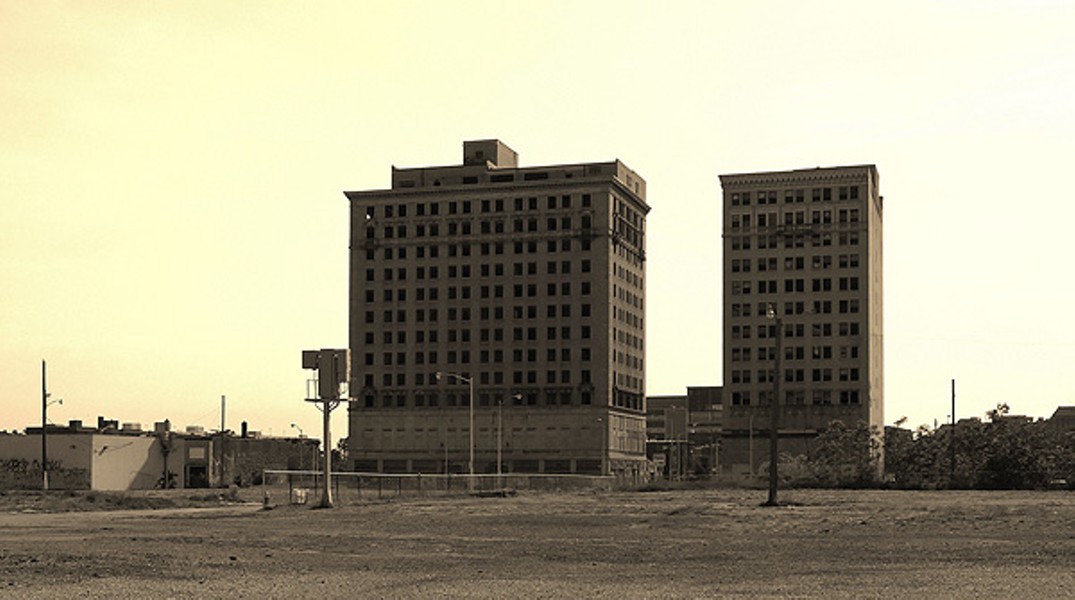 Hot on the block

Not everyone thinks Mayor Mike Duggan's plan to lease vacant lots in city neighborhoods for $25 is a cool idea. One of our readers was so ticked, she took the time to send in a handwritten letter.

I voted for Mike Duggan ... but it is absolutely ridiculous how the Gilberts, [Ilitches], Morouns, and Hantzes of the state — not the city — are doing whatever the fuck they want to do! However, what prompted this feedback letter is when Mayor Duggan, according to the article in MT Vol 35 Issue 33 May 27-June 2, 2015, says "Residents will be able to lease a vacant lot for the price of $25 for three years as long as a neighborhood block club approves the request." Doesn't this fucking mayor realize that those neighborhoods with the majority of blight and vacant lots don't have goddamn block clubs? Oh yeah, what about those neighborhoods and blocks with, uh, maybe two houses on the entire block? How in the hell is a neighborhood block club going to approve a request? MT and your readers, am I right to ask, 'How asinine is this bullshit?'

Thank you for letting an old-schooler vent!

Does it matter if you're black or white?

Last week we posted a blog about a long-standing Detroit shop closing after over 30 years in business. We said that the narrative is one that's becoming more and more familiar to black business owners who often suffer at the hands of gentrifiers. Some of our readers understand why it's important to continue the narrative about black-owned businesses, while others confuse it for racism.

Facebook user "Charles Childs" says: "It is a very deep race issue. It's lifelong black Detroit business owners that have been riding with this city through good and very bad times and now that they're building a train line, new stadiums, and more, so if you're African-Amerian you can come downtown Detroit and enjoy the festivities but not — I repeat, cannot — start a business. Everybody wants to be a Detroiter when it's good and the city is prospering, but what you have to understand is we've always been here. It makes me so angry to see this bullshit happening — African-American Detroiters can't have shit and when I say this, I'm speaking about law-abiding citizens and business owners who would love to help build this city to greatness."

Facebook user "Ale X Is" says: "This has everything to do with race. And as white people we should acknowledge and accept that instead of throwing the 'I'm race blind' card. Once wanting nothing to do with the city and leaving for the suburbs during the white flight, we are now venturing back into the city with the promise of investment and development that plays into more racial divides and cultural gentrification. The city is being developed but only for a privileged body and the people once left behind are now being pushed away through social cleansing hidden behind the veil of redevelopment. And to all of you saying 'This has nothing to do with race, it's business' I'm sorry but the capitalist business model is filled with power structures that continually favor white people."

Website user Aragorn Steiger says: "This is an economics/class issue, and if you are black then it is also your issue. When the majority of the minority-owned businesses are pushed out of an area then there is definitely something for everyone to talk about. There is no card being played in this article. It is reporting on current events. It might not mean anything to you, but for people that enjoy a diverse community it is disheartening to say the least."

Last week Ryan Felton wrote a blog about the Detroit City Council vote that would allow for the demolition of a historic hotel to make way for a loading dock that would serve the new Red Wings arena. A couple of our readers were eloquently perturbed.

Facebook user "Mark Pants" says: "'Thanks for the money, again, suckers but I'm changing my plans, again!' — Mr. I, the guy who can't put a winner in the old Second City or Johnny Rocket's spots despite them being next to the baseball and football stadiums and two premier concert venues and walking distance from the Opera House and several hotels and casinos.

Suckers, he played you again. Didn't even change the tactics."

User "nobsartist" says: "A loading dock for a historic building — that seems like a fair trade to me. Another plate of that corporate welfare please! You can bet those assholes on the 'council' got new cars for that vote."