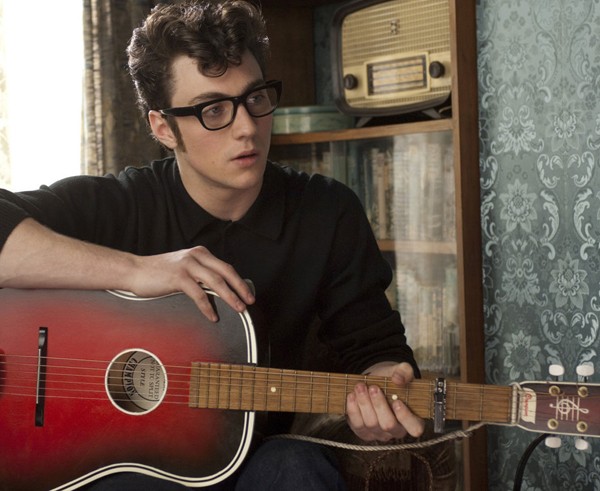 The formula for biopics is so rote by now, so predictably charted, that director Sam Taylor-Wood should be complimented simply for keeping her tale of John Lennon's coming of age so tightly focused on his formative teenage years. In fact, never once are "The Beatles" mentioned.

And while Nowhere Boy can be accused of enshrining mommy abandonment issues as the source of its subject's angst, it's surprisingly free of nostalgia or sentimentalism. Nailing both the period setting and Lennon's sarcastic volatility, the movie benefits from a superlative cast, led by Kirsten Scott Thomas' complex and understated performance as John's imperious Aunt Mimi and Anne-Marie Duff's sensitive turn as manic-depressive and sexually promiscuous mum, Julia. Unfortunately, despite its well-honed performances and sense of place, Nowhere Boy unapologetically trades in the anger, familial strife and reconciliation clichés of the genre. Worse, this kitchen-sink drama prompts the question: If it weren't about John Lennon, would anyone care?

It's Liverpool in the 1950s. Seventeen-year-old John, a cocky yet likable prick, lives with Mimi and Uncle George. When his estranged mother, Julia, shows up at a funeral, it opens up a floodgate of longing, resentment and, of course, rock 'n' roll. Inspired by Elvis, taught the banjo by Mom, and eager to find an outlet for his frustrations, the musical icon is unceremoniously born. From Nowhere Boy's dreamlike opening (with a single "A Hard Day's Night" chord) to a parade of unadorned historical "moments" — see John get his first guitar. See John play his first gig. See John meet Paul. See John meet George. Taylor-Wood works hard to underplay the legendary landmarks that paved the way toward the Fab Four's future (Strawberry Fields, the Cavern Club and even the Walrus all get referenced).

But little of Lennon's adolescence is inherently unique. He's mostly a moody teen trying to figure out who he is and how to be a man. Only when sisters Mimi and Julia square off for custody of John do things get interesting. And, really, to say they square off is to give the film too much dramatic credit. The two women mostly represent unhealthy poles for young Lennon to bounce between. Unfortunately, Matt Greenhalgh's screenplay relies on awkward dialogue and shallow psychoanalysis to flesh out what amounts to a bland soap opera.

Aaron Johnson gets Lennon's brash swagger and malicious wit, but finds little inner life to the teen — not that the script allows him much. The choices John ultimately makes about Julia and Mimi seem more a convenience of plot than character and, to be honest, the movie entirely misses Lennon's unbridled passion for music. While Taylor-Wood ticks off the obvious clichés for his embrace of rock 'n' roll — broken family, repressed household, teenage rebellion, egotism — she keeps things superficial, missing the inner rage that inspired Lennon to thrash his vocal cords on "Twist and Shout."

Instead, Nowhere Boy is dreamy with blue-bleached cinematography and arty shots of�John riding atop a bus or getting a blow job in the park. They're nice moments that hark back to Taylor-Wood's conceptual art origins, but hardly the makings of a compelling narrative. The one place where the director finds unquestionable success is in her treatment of John and Julia's sexually ambivalent relationship. Slyly oedipal, she suggests what might've been but never commits, leaving the viewer to draw his or her own conclusion. Unfortunately, the rest of the best of Lennon's story is only hinted at: His casual cruelty toward a cousin, his exploitative view of girls, and his jealousy toward Paul's (a wonderful Thomas Sangster) musical genius ... and flirtatious friendship with his mum.

If only Taylor-Wood had made Nowhere Boy a little more unconventional, a little cheekier, then, like Lennon, the film could have overcome its predictable suburban triteness. Without an element of the irreverent, or even surreal, this handsomely composed minor-key effort only reinforces the notion that stories about famous people must be important — even when they're not.