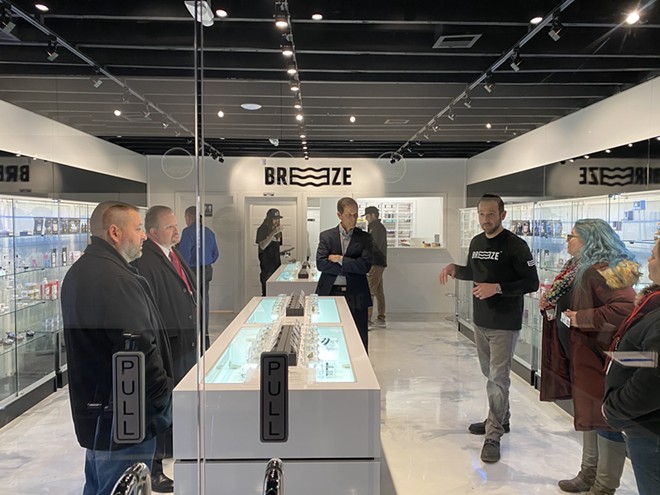 Breeze Provisioning Center, a sleek new store located at 24517 John R. in Hazel Park, says it's allowing recreational marijuana sales ahead of schedule. The store will open to the public for recreational sales at 9 a.m. on Sunday, March 8, for adults age 21 and older.

It opened earlier in February for medical marijuana sales, and received its recreational marijuana license shortly after.

"We called it Breeze for a number of reasons, but mainly because we wanted to make the buying experience quick and easy from the novice to the pros," the company says in a press release.

Breeze will be fully stocked and will sell to anyone age 21 and over with an ID — no medical card needed. For now, the operation is cash only, but there's an ATM onsite.

Hours of operation are from 9 a.m. to 9 p.m. daily. More information is available at breeze.us.

The company says it also plans to open more locations in Warren and Emmett Township, among others.