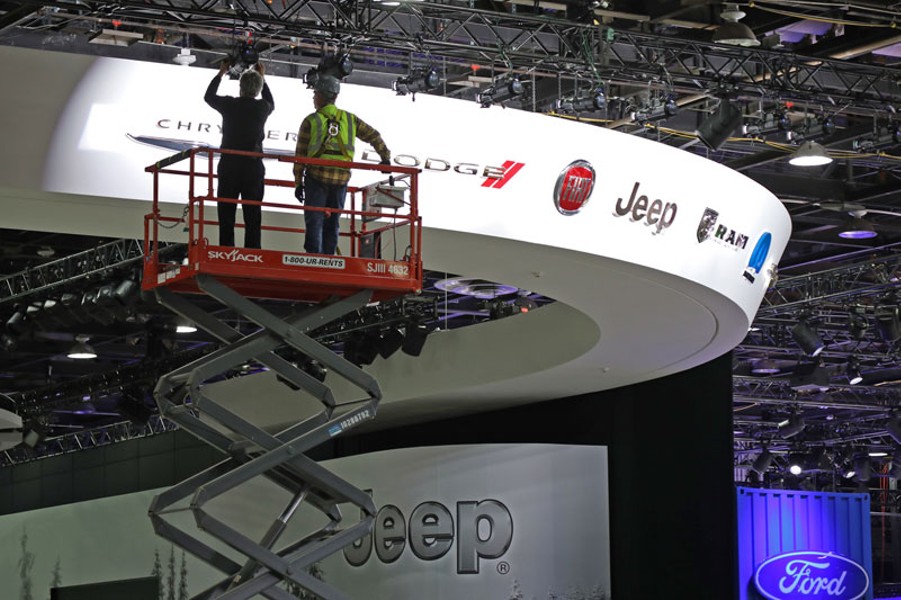 Is the revamped North American International Auto Show going to extend the corporate occupation of Belle Isle far into the month of June? Officially, not yet. But the trial balloon is aloft.

Harry Payne, automotive writer for The Detroit News, reported in early December that NAIAS organizers are considering test drives of new cars, including autonomous vehicles, on the island when it moves to two weeks in June, piggybacking on the Grand Prix race event that is held on the island park. But over the holidays, a media spokesperson for the Detroit Auto Dealers Association kicked that can down the road. Amanda Niswonger, auto show PR manager, told Metro Times "the show does not have plans to expand to Belle Isle for June 2020 or the immediate future."

Since NAIAS announced it's moving to the warmer months and expanding, business leaders have enthused about the idea of a weeks-long motor festival kicked off by the Grand Prix. Plans are to expand the auto show outside Cobo Hall to Hart Plaza and the riverfront. "As of now, that is all we plan to do," says Niswonger, leaving the door open for a possible eventual expansion to Belle Isle State Park.

But Ron Olson, head of the DNR parks division, says he's in the dark about any such plans. Asked about the News story, he says in an email: "We have NOT been contacted by the Auto Show officials as to any consideration for auxiliary events" on Belle Isle, and added: "Thanks for bringing this to our attention."

Asked if the public would be involved in any discussions about Auto Show activities on Belle Isle, Olson says it would be handled in the same manner as the Grand Prix contract proposal last summer. (After Olson denied for months that there had been any proposal from the Penske organization, a public meeting was held before the DNR approved a three-year race contract.)

After the BIPAC meeting, Grand Prix manager Michael Montri told Metro Times, "We talk to the Auto Show every year. We've talked about co-promoting" the two events starting in 2020, Montri says, but he insisted they've discussed "no specifics" about any use of Belle Isle. According to Niswonger, "It is incorrect that we will be expanding to Belle Isle in June 2020." She adds: "What happens five years from now is obviously unknown."

Sandra Novacek of Belle Isle Concern, the grassroots group that opposes the Grand Prix being held on Belle Isle, says Auto Show events would add "continued assault and commercialization to the natural landscape and park environment."

Payne did not respond to an email asking who was the source for what he reported.