by Aaron Handelsman and LaToya Morgan 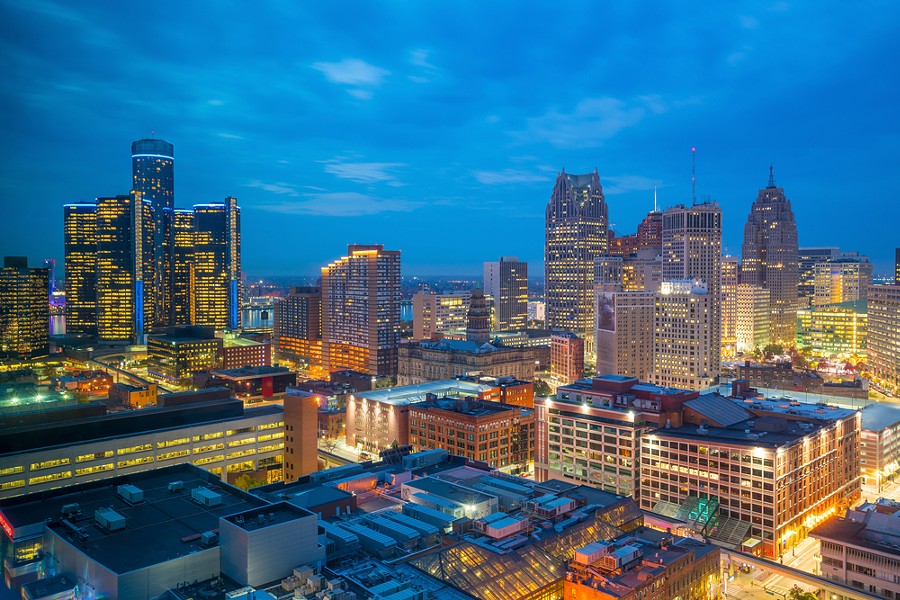 What makes a renaissance? New buildings? New people? Increased quality of life? For whom?

In Detroit, there appear to be competing metrics. On the one hand, the editorial pages of Detroit's newspapers and business magazines jubilantly tout the flurry of new businesses, stadiums, and construction projects — almost all of which are subsidized by public, taxpayer dollars — in the newly minted "7.2," or the number of square miles in the greater downtown. On the other hand, Detroit has an avoidable displacement problem. Tax foreclosures and water shutoffs alone threaten tens of thousands of households. At the same time, there is also an affordable housing crisis caused by limited federal investment in unsustainable affordable housing, and a local prioritization of middle-income households at the expense of low-income Detroiters.

For Detroit to address its housing crisis and experience a true renaissance, elected representatives need to champion and create new resources for truly affordable housing. Right now, developers are generally held to an informal requirement to make 20 percent of new residential units "affordable," and an Inclusionary Housing Ordinance in the works would put the requirement into law.

But the draft ordinance does not go far enough to address the lack of affordable housing in Detroit. While it promises to create new "affordable housing," it would actually subsidize middle-income families. This is because "affordable" housing is based on the average income of the Detroit region — the most income- and racially segregated region in the country.

Affordable housing is typically defined as 80 percent of the average income of the region, or the median family income. It helps to look at the numbers to illustrate the problem. The average household income of the metro Detroit region is $68,000 for a family of four. The average household income in Detroit is $25,764. The administration's informal policy and Councilmember Mary Sheffield's proposed ordinance create housing for households with incomes at 80 percent of the regional average median income (AMI), or $54,900 — an income that is more than two times higher than the average Detroit household income. Sheffield's ordinance slightly improves Duggan's plan by requiring that of the 20 percent affordable units, a quarter would be affordable to those making 60 percent AMI and a quarter would be affordable for those making 50 percent AMI.

all of the newly developed affordable housing built in Detroit isn't actually affordable to most Detroiters. tweet this

A partial solution to this problem would be an adequately and sustainably funded housing trust fund dedicated to expanding permanently affordable housing and accessibility for average Detroiters. Councilmember Sheffield's proposed Inclusionary Zoning ordinance — currently before the Council's Planning & Economic Development Committee which is comprised of Councilmembers Sheffield, Gabe Leland, Scott Benson, and Brenda Jones — includes a provision to create a housing trust fund. But Detroiters need to know the facts and advocate for an adequately funded affordable housing trust fund that works for the most vulnerable Detroiters, secures public investment for the long term, and has the public oversight necessary to ensure success.

A housing trust fund is a tool used by over 550 cities around the country to create and preserve affordable housing. In Detroit, we need to guarantee that the majority of the funds will serve the most economically vulnerable. If we want to make sure that all Detroiters have access to safe, accessible, and affordable homes, we need new investments that ensure that outcome. Structural poverty will not be solved by housing solutions alone, but providing all people with a stable home does impact people's ability to acquire and maintain jobs, education, and access to healthcare.

Because affordable housing has historically been unsustainably funded using time-limited tax credits, Detroit faces the loss of over 4,000 affordable housing units by 2020. If those units are lost, a group nearly as large as the entire population of Ferndale would face imminent displacement, with no alternative housing options. A housing trust fund could not only help to keep those housing units online, it could also require that developments using public resources ensure the affordability of their units for at least 30 years, with a preference toward those developments and projects providing permanent affordability of 99 years. This would ensure that subsidized affordable units stay affordable over time.

Finally, Detroit has an opportunity to promote accessibility standards that support those with different physical abilities. A full 15 percent of the population in Wayne County has a physical disability, including 37 percent of residents over 65 years of age. The intersection of affordability and accessibility is critical, and often overlooked. A well-designed housing trust fund can ensure that Detroiters with different physical abilities have access to safe, decent, affordable, and accessible housing.

For a housing trust fund to best serve Detroit, the current proposed Detroit Affordable Housing and Preservation Fund must be amended in the following ways:

• Council should dedicate source(s) of revenue that generate at least $10 million annually from sustainable sources. The current ordinance would only generate $1.5-2 million per year, as a percentage of the proceeds from city-owned commercial property, which is an unsustainable and insufficient source that pits the Commons against affordable housing.

• Guarantee majority (70 percent) of the funds will be used to benefit our most economically vulnerable community members, people earning 30 percent AMI.

• Ensure that the housing developed with these funds is accessible to people of all abilities.

• Establish oversight body that includes members of the public to provide accountability on how the funds are used.

• Restrict funds from use for relocation expenses incurred by private development.

The Detroit Housing Trust Fund Coalition calls on all concerned and impacted Detroiters to make our voices heard. Call your council members, use the above talking points, and ask for their written commitment to begin addressing Detroit's affordable housing crisis by creating a robust, sustainable, and adequately funded housing trust fund.

If the ordinance is to pass before Council goes on break at the end of July, it will need to first be amended to incorporate the above recommendations, then voted out of the Planning and Economic Development Committee before being presented to Council as a whole for a vote. Members of the public are invited to comment at both the committee meetings (Thursdays at 10 a.m. in the Coleman A. Young Municipal Center) and the Council meetings (each Tuesday morning at 10 a.m. on the 13th floor).

Aaron Handelsman is a results-oriented coach and the senior policy advocate for the Detroit People's Platform. LaToya Morgan is the public policy manager for the Community Development Advocates of Detroit.