Opinion: Michigan should make it a New Year’s goal to extend justice or all LGBTQ people 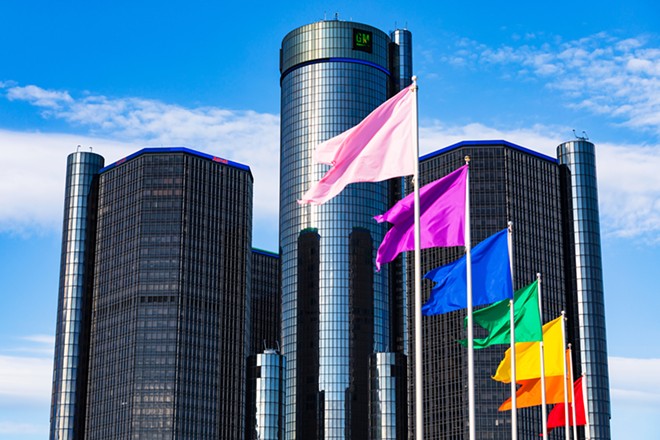 As a previously long-closeted lesbian who has found so much joy in living openly later in life, I know what it feels like to live in fear of harassment and discrimination. As a spiritual person, I'm praying the Supreme Court does the right thing and affirms that all LGBTQ people should be able to work hard and support themselves and their loved ones without fear of harassment or discrimination at work. If the Supreme Court issues a positive ruling for the plaintiffs of the three LGBTQ workplace-discrimination cases it heard recently and is currently deliberating, it will be a huge relief for people like me.

When I was growing up in the 1950s and 1960s, my family was not accepting of LGBTQ people. When I heard about gay people, it was in the context of a mean-spirited joke. I began to realize I liked girls in high school, but I didn't date at all through college. After college, I came out to my mother as a lesbian. She paid for me to see a counselor who attempted to "fix" me. After two sessions, I refused to keep going to those meetings. I continued to be engaged with a Baptist church into the 1980s, though I still wasn't out as a lesbian there. Regardless, someone at church identified me as "possibly gay," and I was asked to leave the church.

In 1995, I was ordained while serving at an open and affirming parish in Houston, Texas, where I was on staff for 15 years. Finally, I'd found a spiritual home where I could flourish enough to come out to my extended family and marry the love of my life in the church. After the Supreme Court ruled in favor of marriage equality in 2015, I was elated to make our marriage legal in the eyes of the state.

But having the right to marry in Michigan doesn't alleviate the overarching injustice that remains. In Michigan and in 29 other states, an LGBTQ person may marry on Sunday with the blessing of the church and state and still be fired on Monday, or lose their housing, or be refused service at a hotel or coffee shop simply because of their sexual orientation and who they love. This more than pains me.

Throughout my life, it has been my faith that's directed self-acceptance. It's heartbreaking that many churches throughout history have used the Bible and the church as an institution to exclude people of color like me, women in general, and LGBTQ people, from leadership and full acceptance. My understanding is that God's love and the Golden Rule teach us that we are all equal, and that God expects us to treat each other with mutual love and respect.

To me, nondiscrimination is a simple matter of fairness and equal protection under the law. If I'm paying my taxes, serving my community, and not breaking any laws, the law should protect me. Unfortunately, not only is there no federal law that provides explicit nondiscrimination protections, the state of Michigan also has no express statewide protections against discrimination for LGBTQ people either.

If Michigan and other states cannot do right by LGBTQ people by passing statewide protections, it becomes paramount that the federal government step in and ensure that all are protected in the workplace, in housing, and in other public places. I fear that if the Supreme Court doesn't do the right thing, their ruling will be taken by many more people as a license to increase discrimination against us. We must do all we can to prevent institutional inequality and to secure comprehensive protections as quickly as possible. Let's commit to the Golden Rule in 2020 and support full protections to all, including LGBTQ people.