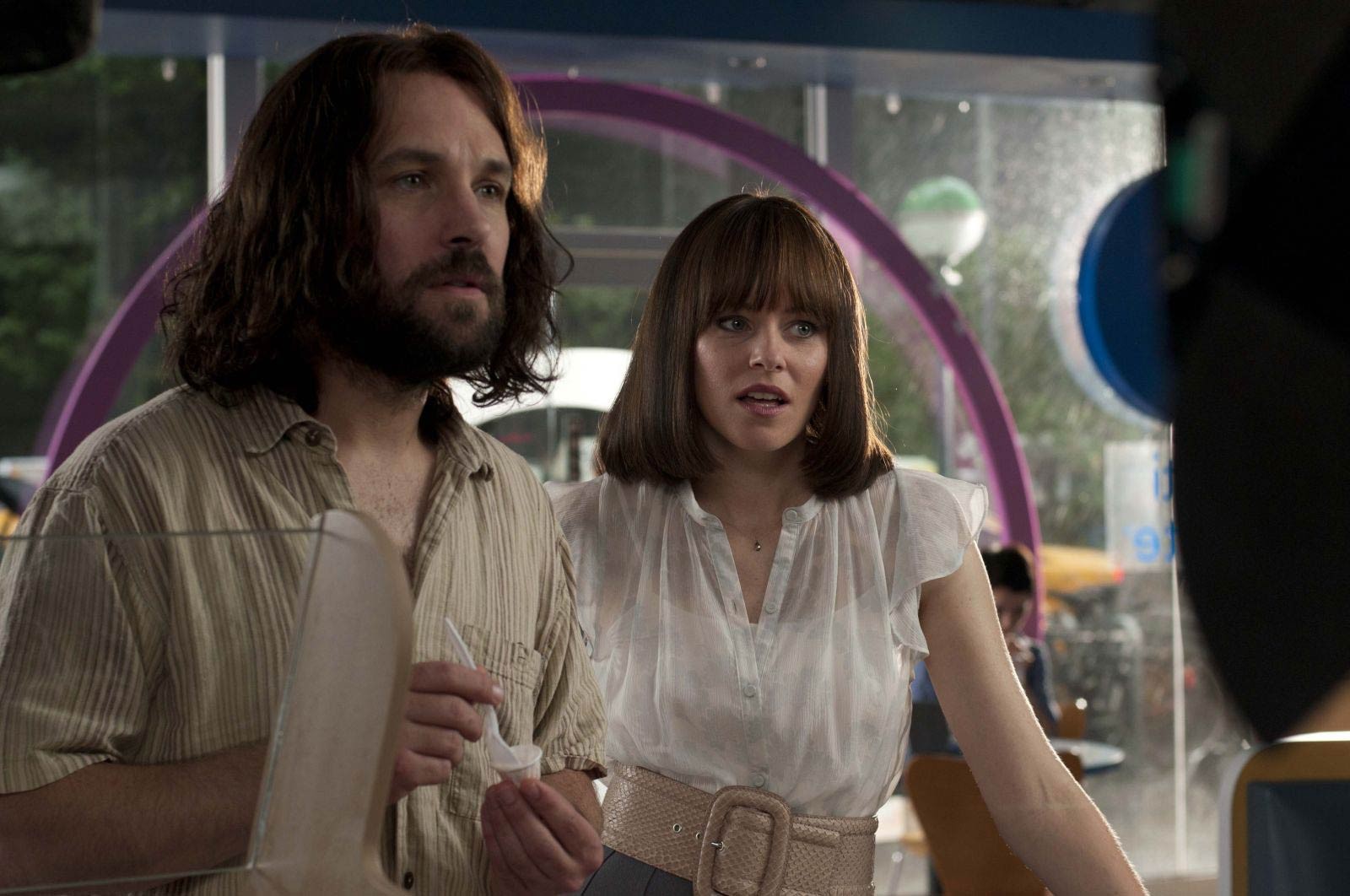 All hail Paul Rudd! Is there a more likable comic actor working in Hollywood today? Never showy but frequently funny, he's refreshingly free of the manic, attention-craving desperation or snarky cynicism of his peers. Director Jesse Peretz was smart to wait for Rudd to become available for his genial comedy Our Idiot Brother.

A laid-back indie flick with easy-to-digest, sitcom-style plotting, it provides Rudd with the opportunity to play the Holy Fool, a Capraesque re-imagining of The Big Lebowski's Dude that wins both laughs and our affection. His Ned is an amiable biodynamic farmer who lives life in a constant state of deliberate positivism. Generous, forthright and clueless, he gives everyone the benefit of the doubt and hopes they'll return the sentiment. Unfortunately, people don't always live up to that expectation. More often than not, his Gump-like innocence gets him into trouble with his family and even the law.

After serving time for selling pot to a uniformed cop (he believed the officer was having a really bad day and wanted to help), Ned is paroled into the care of his mother and, eventually, three New York sisters. Couch-surfing into each of their homes, he inevitably upends their uptight, neurotic lives. First is Pottery Barn perfect, stay-at-home mom Emily Mortimer, whose pretentious husband (a wasted Steve Coogan) is cheating on her. Next is Manhattan yuppie and ambitious journalist Elizabeth Banks, whose desperate attempts to get the inside scoop on a betrayed heiress are co-opted by Ned. Last is fickle and artsy Zooey Deschanel, who struggles to remain faithful to her lesbian partner (Rashida Jones). With Ned's knack for saying or doing the wrong thing (always with the best of intentions), all three see their sophisticated microcosms left in a shambles.

Stitching together this threadbare story is Ned's desire to win back his beloved golden retriever, Willie Nelson, who's being held by a vindictive ex-girlfriend. Peretz doesn't invest a whole lot into the subplot, and the script (penned by his sister Evgenia and her husband David Schisgall) doesn't provide a lot of momentum or character evolution. Instead, Our Idiot Brother lurches from one emotional eruption to the next, with poor guileless Ned scratching his head over what just happened.

The story of the guileless boob accidentally righting the lives of troubled love ones is a tried-and-true film formula. And Peretz's movie would work a lot better if the sisters were more fully realized people rather than sketched-out caricatures. The actresses are mostly appealing, but their characters are a mixed bag. Likewise, the film's jokes about both Manhattan yuppie-ism and the hippie mindset hit as frequently as they miss.

What ultimately makes Our Idiot Brother work is Rudd's endless charm as the bumbling yet lovable Ned. Sweet without crossing into cloying sentimentality, his clumsy warmth and overly trusting nature constantly delight yet remain nuanced enough to convince. It's hard to play a character who's both humanely decent and laugh-out-loud funny, and Rudd delivers in spades — whether it's through pratfalls, asides or instances of unsuspecting idiocy.

And, unlike Forrest Gump, which took the condescending view that affable compliance and simple-mindedness are virtues worthy of reverence, Our Idiot Brother keeps its goals suitably modest and, ultimately, more life-affirming. After all, wouldn't we all benefit from thinking the best, rather than the worst, of those around us?>