Our Readers On The NAIAS, 'Free' Canadian Health and more 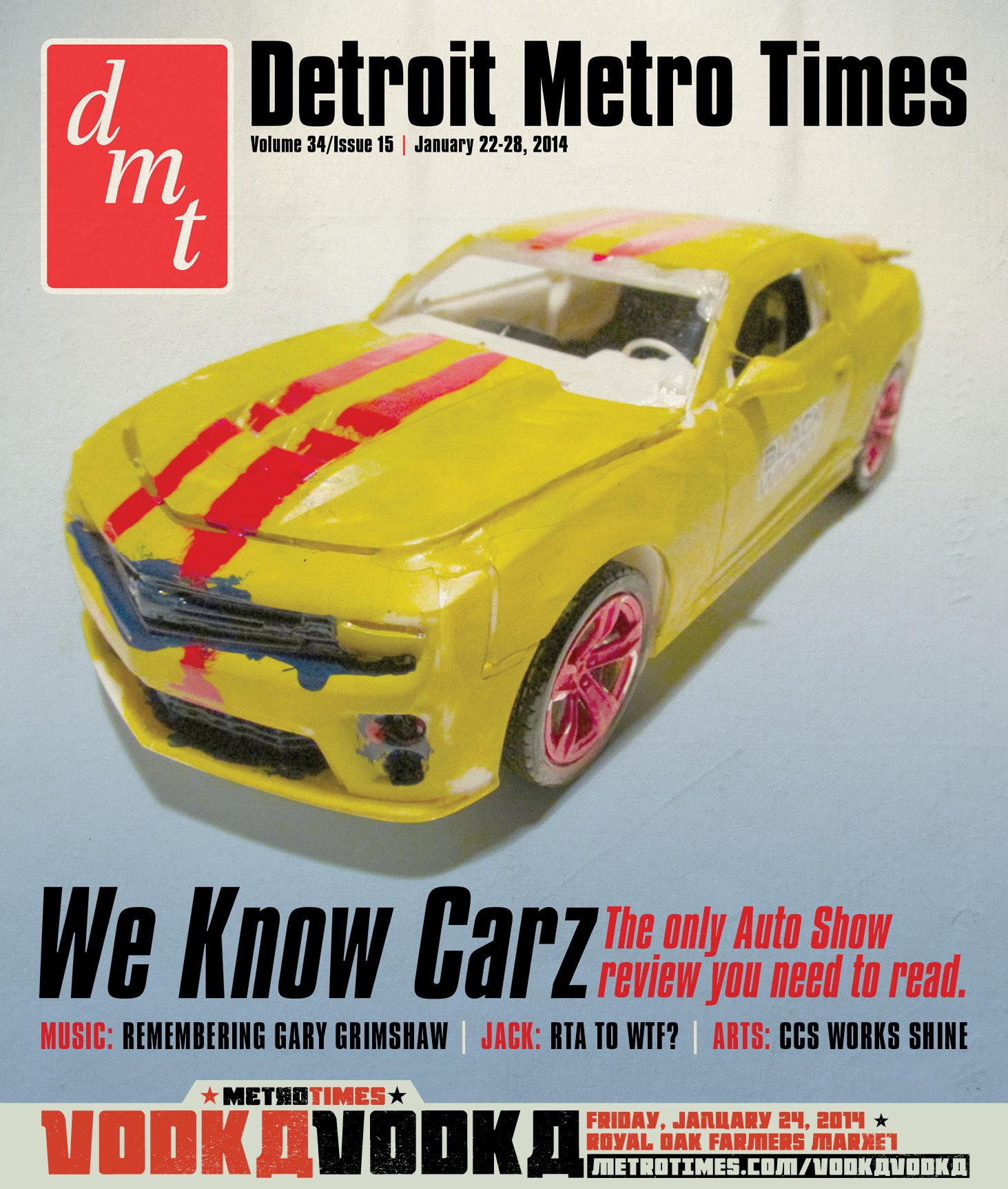 
Sorry We Missed You

Regarding your Side Dish column of Jan. 22, nice piece on Gracie See Pizzeria, but you totally ignored Gracie See’s Pastaria in Inkster. The Inkster location is run by the same family, with the same good food and good service. And their chicken noodle soup is great for curing a cold. —Tom Yates, Inkster


No Thanks for ‘Sharing’!

Upon reading Michael Jackman’s editorial “An Epidemic of Experts” (Jan. 22), I noticed a few things:

Jackman disparages PJ O’Rourke’s idea of Hong Kong-type low tax policies by saying, “If they really worked we’d be drowning in the evidence.” My question is, have these ideas even been tried in Detroit in recent decades? He seems to reject them out of hand, as if they couldn’t possibly work — even though they’ve not been done in Detroit.

He readily latches on to the Canadian joke — dumping the “yoke” of Lansing, free health care, etc. Lansing is responsible for Detroit by law — city governments being derivative of the state government whether you like it or not. Nothing is “free” — not even health care. Canadians pay for their health care — just not directly. It is no way “free.”

Robert Reich is about as out of touch as anyone could be on economics, consistently arguing for bigger government — even for the union “card check.” Remember that one? Even a Democratic majority in the House and a super majority in the Senate refused to pass it.
It appears what you’re really interested in is Mr. Reich’s left-wing idea — making the suburbs pay for everything. Since Detroit has no money (it’s bankrupt), it wouldn’t be much of a “sharing of resources,” would it? Oh, I almost forgot-you throw in a couple other favorite lefty words: “shared” and “collective.” Yeah, right! —Thomas Pearce, Highland


We had some good posts on our website this week, including this response to Michael Jackman’s editorial. Ed posted:

Good article. It includes actual alternatives, as opposed to the typical Neanderthal reactions illustrated by the trolls that posted earlier. The righties and the libertarians are the resistance to any forward movement, and will likely have to be dragged along to any solution. Maybe the only way to get them to play along is to trick them into thinking that this solution is their idea in the first place. Then they can get back to their Megyn Kelly fantasies, while Detroit moves forward.

We also had a number of interesting posts on our Facebook page. In response to our blog, “Young, Educated and Leaving Michigan,” a user identified as Thomas Edwin Elliott listed reasons why young and well-educated workers might flee the state:

It seems to me the local artists and young people are the ones doing anything positive for the city. Certainly not the politicians — the so-called leaders.


But a Facebook user identified as Tim Millerman posted in defense of the Great Lakes State’s virtues, writing:

So you’re telling me that I’m the only young person in Michigan who loves it here? Forget the politics. Those change with the times (and it helps to have people devoted to that change). Nobody here’s going to mention the natural beauty and pockets of history spread throughout our state? If you don’t like the cold, that’s fine, but for those who know how to make the most of each season, Michigan provides all sorts of activities to do and sights to see. Drive out 30 minutes from the suburbs and you can find a wonderful landscape that looks beautiful under the cover of snow, the greening of spring, the sunshine of summer, and the fire of fall. And I know that there are still jobs available here for those who look carefully enough. Better yet, make those jobs. If your collective cynicism insists on abandoning Michigan anyway, very well. I can only share so much to convince you. As for me — a young man who I would like to think is educated — I’m staying behind as long as I possibly can, to enjoy all the good this state has to offer and do my part to make it better.