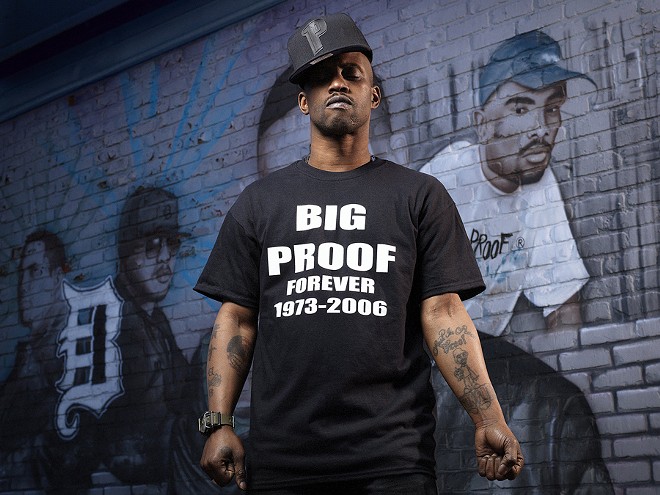 D-Cyphered — the Detroit's Institute of Arts' new hip-hop photography exhibition — opens to the public on Thursday.

The opening reception will feature an appearance by photographer Jenny Risher — along with many of the subjects of her photos, including Nick Speed, who will be on hand for a performance. Tickets are $25 and available here. The reception starts at 8 p.m. and will feature light snacks and a bar.

Joebar will also feature two new D-Cyphered-themed cocktails, created with the help of some of the artists featured in the show. The D-Cyphered Sidecar (Hennessy, dry Curaçao, lemon, mango) and the D-Cyphered Ketel (Ketel One, pineapple, mango, lime, honey) will be served for the duration of the exhibition, which runs through Feb. 18.

At 7 p.m. on Friday, Aug. 4, the DIA will host a rap battle featuring Detroit artists. From noon to 4 p.m. on Saturday and Sunday, the museum will host a "Hip-Hop Family Festival" with graffiti art and breakdancing. On Saturday, the Detroit Film Theatre will screen Wild Style, a documentary on hip-hop in the South Bronx in the 1980s.