Policy is hard. Demagoguing is easy. Fear is effective. 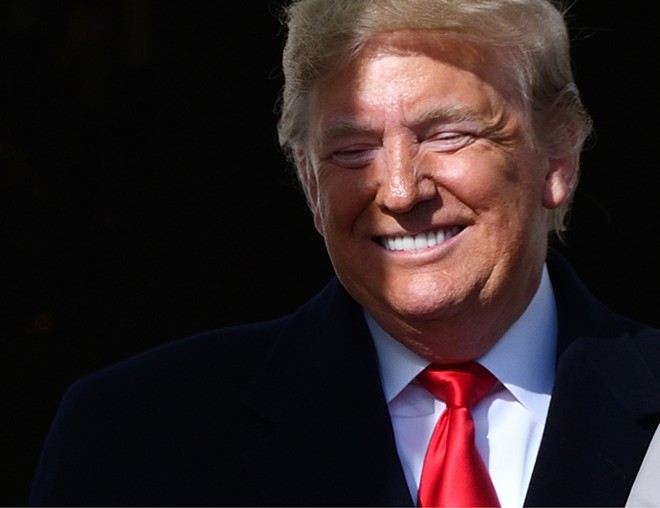 Shortly after noon on August 26, Republican Congressman Matt Gaetz tweeted, “The mob wants to destroy America. We need PATRIOTS who will defend her.”

Gaetz, a quintessential Florida Man, is no one’s idea of an intellectual. But this particular tweet was nonetheless a masterpiece of bad timing.

The night before, a 17-year-old Trump superfan had driven across the border from Illinois to Kenosha, Wisconsin, with a semiautomatic rifle and allegedly shot three Black Lives Matter protesters, killing two. He then calmly walked by the cops — while protesters screamed that he’d just shot people — and went home to get a good night’s rest. (He was arrested the next morning in Illinois.)


Gaetz’s juvenile plea for “patriots” to defend Kenosha from the “mob” — meaning those protesting the police shooting of Jacob Blake Jr. on Sunday — was perfectly on message for the Republican National Convention, which was chock-full of pledges of unwavering fealty for the police. Later that night in Baltimore — a city that saw riots following the suspicious in-custody death of Freddie Gray Jr. in 2015 — corporeal Saltine Mike Pence accepted the Republican nomination for vice president by ominously warning about life in “Joe Biden’s America,” and condemning unrest in “Minneapolis, Portland, or Kenosha,” though not the police violence that sparked it.

For the second time in three months, America is at an inflection point. Yet while the videotaped police murder of George Floyd in Minnesota was met by mass demonstrations all over the country and surging support for the BLM movement, the reaction to Blake’s videotaped shooting — seven times in the back, while his kids watched, leaving him paralyzed — hasn’t seen as much unanimity.

In June, President Trump’s bordering-on-fascist efforts to paint protesters as “anarchists and agitators” — leading to the worst campaign photo-op since Dukakis hopped in a tank — backfired spectacularly. This time, amid protests in Kenosha that gave rise to the “language of the unheard,” President Trump’s law-and-order rhetoric resonated like it hadn’t before.

The simple truth is that those wishing to preserve the status quo can usually bank on Americans’ short attention spans. As a country, we like our social movements quick and tidy: protest, bill, problem solved, back to our comfort zones. As protests dragged on through the summer, we — more specifically, white suburbanites — lost interest.

In polling-speak, they reverted to the mean.

The White House saw an opportunity and seized it. As outgoing senior adviser Kellyanne Conway clucked to Fox News, “The more chaos and anarchy and vandalism and violence reigns, the better it is for the very clear choice on who’s best on public safety, and law and order.”


Inciting fear is what Donald Trump does best. tweet this
Just as important, the national political media, bored with both the protests and a static presidential horserace, invested in this narrative, too. The morning after the MAGA twerp was arrested — with Trump propagandists already rushing to his defense — both Politico and The New York Times published stories about how the “chaos” in Kenosha helped the president.

The Times led with a factory worker who was “on the fence” but is “increasingly nervous that Democratic state leaders seem unable to contain the spiraling crisis.” Politico had “some Democrats” fearing that “the looting and rioting and clashes are feeding Trump’s argument that this is what life would be like under the so-called radical left.”

Ignore the self-evident fact that what would occur under the “radical left” is occurring under Donald Trump. Ignore, too, that Trump’s idea of “law and order” — i.e., an armed show of force — is tantamount to pouring gasoline on a fire, doubly so this close to an election.

The reality after Jacob Blake is no different than it was after George Floyd, or after Breonna Taylor, or after countless others. So long as police can shoot Black people with near impunity, so long as it takes crystal-clear video and thousands spilling out into the streets for even a chance of justice, so long as laws shield cops from any measure of accountability, the system will remain fundamentally broken.

Until we address the injustice that permeates our justice system, acknowledge policing’s historical relationship with racial oppression, and interrogate why police in the UK kill three or four people a year while police in the U.S. kill more than a thousand (hint: guns), there will be many more Jacob Blakes, George Floyds, and Breonna Taylors — and more protests and, yes, riots that follow.

Reconceptualizing policing — call it defunding, reform, or whatever you want — will be a long, arduous process that defies binary decision-making and forces the country into uncomfortable conversations. Demagoguing protests to preserve the oppressive system that fostered them is much easier.

Fear is a primal emotion. It distracts. It divides. It dehumanizes. Throughout the ages, it’s been authoritarians’ most powerful political weapon. Fear seeks a strongman — someone who tells you someone else needs to be suppressed in the name of “law and order.”

Inciting fear is what Donald Trump does best. Mark my words: Fear will be the playbook for the next nine weeks.

When your incompetence has killed 180,000 people and your campaign slogan is reduced to the feeble “Make America Great Again, Again” — as in, “sorry about the last year, promise we won’t shit the bed again” — fear is the only play left. (Well, that and cheating.)

This strategy asks us to see the tree and not the forest, to focus on the aftermath of a community’s outrage but ignore its roots. It asks us to see the moral world monochromatically. It appeals to our basest instincts, to unspoken racial prejudices that many of us pretend have vanished. It assumes the worst of us. It offers an excuse to indulge our atavistic urges.

Fear is powerful. That makes it effective. If we’re complacent, fear might work.

Get Informed Dissent delivered to your inbox. Subscribe today at billman.substack.com.