Politics and Prejudices: Going to the dogs 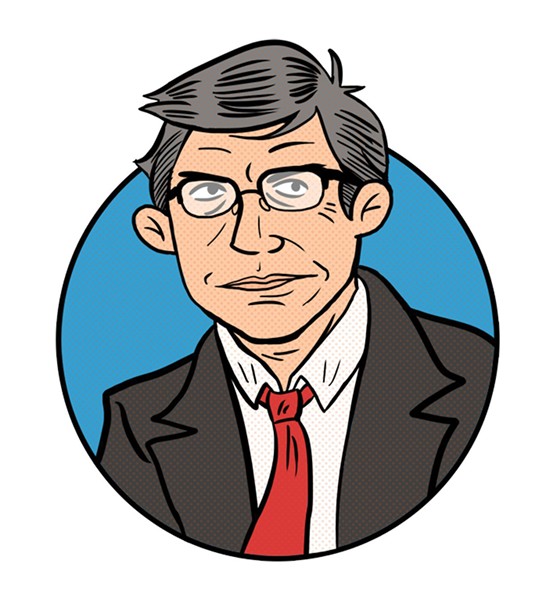 Two weeks ago, on the same day terrorists murdered 14 people in California, Lucillie Strickland was walking her 4-year-old son Xavier to school when they were attacked by four pit bull-type dogs. They dragged him under a fence and ripped him apart in one of the most horrible deaths I can imagine.

The next day in Port Huron, Rebecca Hardy, a 22-year-old young mother, had a fight with her fiancé, went out to take a walk, and was killed in a backyard by a pit bull and another dog.

We have a major problem here. So what do we do?

Detroit Free Press writer Rochelle Riley led with emotion, writing a front-page column calling for Detroit City Council to ban all pit bulls now. She quoted Charlie Beckham, who has served more mayors in more jobs than I am able to count.

"They are almost like lethal weapons on the loose," said Beckham, who these days is responsible for animal control.

In fact, they are lethal weapons, which is why many people have them.

Banning them is, indeed, a tempting solution. Except, as H.L. Mencken said nearly a century ago, "For every complex problem there is an answer that is clear, simple, and wrong."

Pit bull-type dogs are uncannily like firearms in another way. Many people either fanatically love them or hate them. However, while the U.S. Supreme Court has unfortunately said the Second Amendment means individuals have a constitutional right to bear arms, that doesn't include pit bulls.

Yet, anyway. Indeed, nobody knows what might happen if a few more justices were appointed by the wrong president.

As of now, however, the American Bar Association says the case law is pretty clear that communities can ban specific breeds of dog. But here's the first problem with that:

Pit bulls aren't a breed, in the sense that Collies or Dachshunds are a breed. There are a number of dogs that have the same general characteristics — Staffordshire Bull Terriers; American Bulldogs, etc. Street pit bulls usually aren't purebred anything. They are often crossbreeds, sometimes with mastiffs and other dogs. These days, the term "pit bull" is often used for any large muscular square-headed dog with strong jaws.

How do you find a formula to ban them all? Do we establish an Office of Dog Racial Purity? What about those heartrending cases of nice pit bulls who are family pets?

I've known a few of those, including a giant orange and white specimen that is exactly as aggressive as a throw pillow.

Jennifer Rowell, the principled, classy woman who runs the Detroit branch of the Michigan Humane Society, told me that one of the sweetest dog any of her folks have ever seen was Addie, a female pit bull they found nearly starved to death in some creep's basement. Today, she's happily living with a suburban family who adores her, as she does them.

Here's what would happen if Detroit tried to ban pit bulls. Lots of lawsuits, especially involving dogs that are crossbreeds. Crying children whose family pets were ripped from their arms.

Many people would just go underground and hide their dogs. Somehow, it seems to be that without much more manpower, money, and time, the police won't be too happy about the idea they have to also become the anti-dog Gestapo.

That doesn't mean, however, that we should do nothing. This is largely an inner-city problem, fed by a macho culture that includes dog fighting and unwillingness to spay or neuter dogs, partly because of owners who think they can make a quick buck by breeding more pit bulls to sell as guard dogs.

So here's a sensible solution: Forget making laws that go after the dogs: Deal with the humans who created this mess.

The state should enact laws specifying that the owner of any dog who commits a crime is just as responsible for that crime as if he or she had committed it themselves.

We should be able to charge the asshole who owned the dogs that killed Xavier Strickland with his death, and the law should treat him as if he had killed the child himself.

Detroit should immediately require any dog residing within the city to be spayed or neutered before it can breed, unless the owner pays for and is granted a license by the city, something that would be done only in special cases, such as if a show dog breeder wanted to establish a kennel.

Otherwise, adult dogs which haven't been neutered should be confiscated and not returned unless the owner pays the city to sterilize the dog. Harsh penalties should be enacted and enforced for irresponsible dog ownership, such as allowing dangerous dogs — or any dogs — to escape and roam.

Doing this would indeed cost some money, but would be well worth it in the long run, if only in terms of the potential long-term social and economic benefits.

If Detroit is ever going to come back as a city, it needs more than hipsters and well-off retirees in riverfront condos.

It needs middle-class families, which often include dogs.

Full disclosure: I have had dogs all my adult life, and never want to live without one. But no city can afford to be a place where 4-year-olds walking with their mommies can be ripped to shreds by vicious dogs in broad daylight.

The Schuette watch On Oct. 7, I reported here that the board of the Detroit/Wayne County Port Authority had unanimously asked Michigan Attorney General Bill Schuette to look into the "legality and validity" of the contract with Matty Moroun that had been forced on them by Kwame Kilpatrick.

The deal, which is rotten to the core, gave Moroun essentially total control over the port, in return for a $2.1 million down loan that seems to be structured so the port authority gets to keep paying on it forever.

But when the port asked Schuette for a ruling, I giggled. Or as I wrote back then, "lots of luck with that," since Moroun, as I observed, has also invested heavily in Schuette.

Matter of fact, Moroun and his family have given Schuette, himself a millionaire courtesy of his mother's marriages, tens of thousands of dollars that we know about, and may have donated other funds that are harder to trace.

So imagine my surprise (not) when the Port Authority's executive director reported a few days ago that Bill Schuette's office wouldn't look into the deal, or explain why.

"They looked into it but they will probably decline to provide a formal response," said John Loftus, the port authority's battered chieftain. "They declined to give a reason."