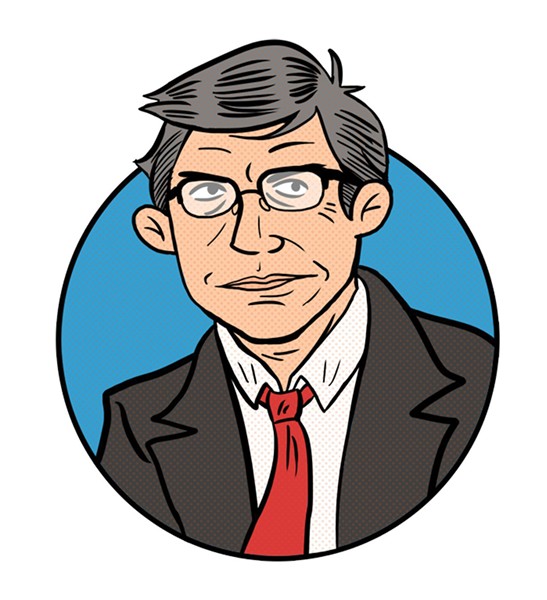 Conservatives — that is to say, those right-wing radicals masquerading as conservatives — have brainwashed much of the mainstream media and far too many of the citizens into equating any suggestion for a little more fairness as "class warfare."

Well, we indeed have been undergoing class warfare in this nation since 1981. The rich have been making war on the poor and the middle class, and beating the shit out of them. That's not a subjective statement; in less than five minutes, you can easily use Google to find economic data proving that beyond any doubt.

A massive transfer of wealth from the poorest to the richest citizens has been under way since Ronald Reagan put his hand on that Bible on Jan. 20, 1981. The richest one-tenth of 1 percent was taking home about 3 percent of the nation's earning then.

By the time the Great Recession started, that was more than 10 percent. Any of the few meager bleats against this was always met by the argument that the wealthy are "job creators" who needed and deserved all that money to create jobs and put the rest of us to work.

There's virtually no evidence that they've done so, and a whole lot of evidence they've been energetically shifting jobs to Mexico instead. But our talking heads in the media avidly lap up the Kool-Aid, petrified that otherwise they might be seen as "left wing."

You can see this most vividly in their response to Bernie Sanders' presidential campaign. Virtually none of the Anderson Coopers of this world took him seriously when he entered the race for the Democratic presidential nomination earlier this year.

Why Sanders was a — gasp — socialist, who they sometimes described as a "Jewish socialist," from the far-off enclave of Vermont.

He was, they noted, old, cranky, had white hair, and was almost universally dismissed. This is supposed to be Hillary Clinton's turn. Few of the talking heads noticed that Sanders was actually telling the truth about what was really wrong with the country.

For the first time, maybe, since Bobby Kennedy in 1968, he was speaking truth to power. Yes, he would tax the rich more. Yes, he'd fix Social Security by — gasp — raising payroll taxes on the rich, not by cutting benefits for those who have worked so hard to earn them.

"The American people are sick and tired about hearing about your damn emails," Sanders said to Clinton during the Democratic candidates' first debate.

Everyone in the mainstream media scored this as a big victory for Team Hillary. Why, Sanders had just given away a major issue!

He had helped his rival! After the debate, the experts turned to their focus groups and instant polls. They were startled to find that Sanders had won the CNN sample... overwhelmingly.

In fact, every post-debate group gave it to Sanders, by a large margin. The mainstream media then proclaimed Clinton had solidly won the debate. Something indeed is happening out there, and they not only don't know what it is, they are determined to ignore it.

Pay no attention to the millions in front of the curtain, they are telling us. The fact that vast numbers of people are donating to Sanders' campaign is essentially irrelevant. Never mind that he is running well ahead in places like Iowa and New Hampshire.

But finally, there is a glimmer of recognition that what Sanders is saying makes sense. Patricia Cohen, a business reporter for The New York Times, did a thorough and non-partisan analysis of the idea that you could vastly help this nation by increasing taxes on the wealthiest of us, which is essentially Sanders' proposal.

Her story, "Raising taxes on the wealthiest would pay for bold plans," ran in the paper Oct. 17. It barely mentioned Sanders.

But it found, as an economist for the Tax Policy Center, a Washington, D.C.-based think tank told the reporter, "Most economists today would agree that raising taxes modestly would bring in more revenue without doing any serious damage to the economy."

A lot more revenue, in fact: Raising the total tax burden on the famous 1 percent to 45 percent would bring in "a whopping $276 billion a year." That could solve the nation's crumbling infrastructure problems, and maybe help today's students afford an education.

By the way, the rich wouldn't be left eating Mulligan stew with the hoboes by the railroad tracks. According to the Times analysis, "even taking account of state and local taxes, the average household in this group would still take home at least $1 million a year."

Poor darlings. I could struggle along on that quite nicely, and so could they. But the numbers in that story made it clear that if any of the Republicans win next year's presidential election, things and the economy will get worse for nearly all of us: Every one of the GOP presidential candidates is committed to cutting taxes for the richest.

That's not, however, what they want us to think about. We should instead be indignant that Clinton sent work email from her personal email, or similar meaningless nonsense.

If we are worried about Social Security, we shouldn't try to solve it by doing the common-sense thing and ending the cutoff on payroll taxes for those making huge incomes. Never in a million years.

Instead, we should listen to the truly vile Chris Christie, who wants to lower benefits, make people delay retirement to get them, and cut them further if they have other income.

In fact, in a completely different story from the one quoted above, a different New York Times reporter (Tara Siegel Bernard) went to something called the Bipartisan Policy Center and asked an economist who is an expert on retirement issues.

Uh-oh. Well, just remember, he's an old Jewish socialist who is too radical to win. This election is supposed to be Hillary Clinton vs. Jeb Bush, goddamn it; the multimillionaires vs. the billionaires.

The talking heads on all the cable channels said so. Now, if the voters would only fall into line.

Thick as a brick: Stephen Henderson, the Pulitzer Prize-winning editorial page editor for the Detroit Free Press, is normally a perceptive and sensible analyst. But he wrote a column the other day that should have gotten his editors to check his blood-oxygen levels.

He suggested that as bad as Matty Moroun is, that we ought to let him build a second span across the river, which he says "could be built without disrupting traffic across the border."

Why? Because concrete is falling off his old one.

You could argue instead that Moroun should be sent back to jail. But has Henderson considered the environment? Considered what that would do to the neighborhood or the people who live there?

Thought about the potential effect on the still not-quite-begun Gordie Howe International Bridge?

Suggesting we let Michigan's most notorious corporate scumbag and slumlord twin his bridge is utterly irresponsible, and could threaten a project vital to both nations' economic future.