Politics & Prejudices: Welcome to our ideologically based nightmare 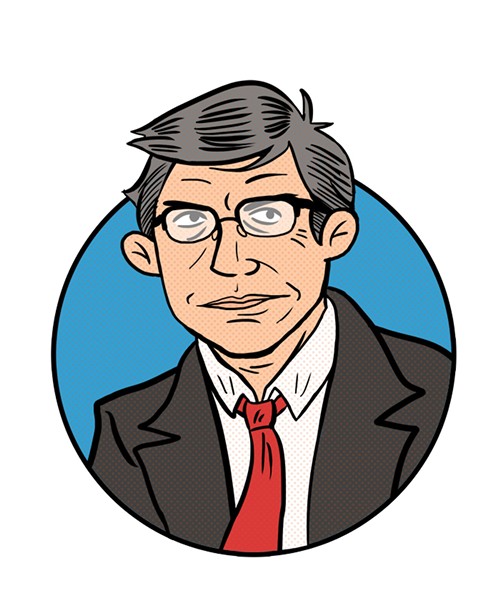 Well, it's now clear what kind of future the Republicans who run the state legislature have in mind for us.

The roads will continue to fall apart, though we will throw a little money at them by raising taxes on the working poor. There won't be any nasty film industry; they are moving now to not only kill the last of the film tax credit, but to eliminate the Michigan Film Office itself, which has been around since 1979.

But they do have a plan for economic growth: Michigan is to become the nation's privatized penal colony!

I'm not kidding — and by the way, except for the roads, our supposedly moderate governor seems happily down with their agenda. Last month, the legislature narrowly passed a bill that would allow the GEO Group, a multinational "correctional services" provider, to import hundreds of the most dangerous criminals from Vermont and Washington state and guard them at a now privately run prison in Baldwin, up in mostly rural northwest Michigan. Baldwin is in Lake County, which 24/7 Wall St. ranks as the poorest in the state. Gov. Rick Snyder dithered for a couple of weeks, and then signed it.

Politicians up there like the idea just fine, mainly for one reason: "We need the jobs," Lake County Commissioner Dan Sloan said. Nobody doubts that. Michigan needs jobs, period.

But at what cost? Allowing a for-profit private company — and a foreign one at that — to do what amounts to trafficking in human flesh? State Sen. Steve Bieda, an attorney and huge history buff, is one of the more conscientious men in Lansing.

He's well-informed on criminal justice issues, and is not anybody you'd call soft on crime, but he's been working hard to get his colleagues to do the right thing and pass a bill to compensate those who are exonerated after being wrongly convicted and locked up, in some cases for years.

Bieda, a 54-year-old Democrat from Warren, is well aware that Michigan needs new revenue. But he thinks this is appalling in every way. He told his colleagues it was disgraceful that "when the legislature is looking to treat prisoners like a commodity and import people — yes, even when incarcerated, they are still people — to create jobs and make money."

Sort of sounds like slavery, doesn't it? Allowing a private contractor that runs prisons in places like South Africa to forcibly transport humans against their will across state lines? Bieda forcefully and vainly urged his colleagues to think about what they were doing.

For one thing, from the standpoint of rehabilitating the offenders, this is clearly a ghastly idea. "Recent studies have shown that prisoners do better and have lower recidivism rates if they are housed closer to their families and communities."

Forget that. GEO will be bringing in hundreds of highly dangerous, maximum-security inmates from Vermont and Washington state. Bieda pleaded in vain with his Senate colleagues to consider that. "We have to acknowledge that they are a high-risk population that could pose a serious threat to our workers and residents." No kidding ...

Think what might happen if — when — some of them escape from a facility that was, after all, designed as a "punk prison" for youthful offenders. Don't say that can't happen; look at what happened June 6, when two hardened criminals escaped from a maximum-security prison in upstate New York.

Also worth considering is that this is a for-profit prison company. Think about that: If they can cut corners on health care or food to save money, what are they likely to do?

Speaking of rehab, what motivation will GEO have to actually rehabilitate prisoners? Not much, if they're paid by the inmate. In an emergency, a burst appendix, say, who pays for the health care of these prisoners from other states?

There are lots more such questions, of course; one wonders if any of the lawmakers who voted to do this even thought about asking any of them.

There was, by the way, a massive riot at a GEO prison in Indiana in 2007. It will be interesting to see what happens if and when the hardened criminals they're bringing to Michigan learn they're going to be fed by ... Aramark, the company that made maggots a household word once again.

In another stunning demonstration of their bigoted stupidity, our lawmakers passed and sent to the governor a package of bills allowing state-funded, "faith-based" adoption agencies to reject placing children with anyone to whom it has a "religious objection."

By which they mean same-sex couples, of course. Granted, this is bigoted, horrible, and an attempt to kiss the anatomy of the religious right. But what's really stupid is that they did this just days before the U.S. Supreme Court is likely to rule on the constitutionality of same-sex marriage.

The right-wingers are, of course, trying to make sure they can protect the faith-based agencies from having to give babies to those filthy queers, even if the Supreme Court rules that people of the same sex have a complete right to marry.

After all, wouldn't you rather have a good heterosexual mom like the woman who tortured and killed her kids and stuffed them in the freezer than the horrible gay moms like the two Hazel Park nurses who save and nurture at-risk babies?

But alas, if the Supreme Court rules as expected, our local heroes are unlikely to succeed at saving us from them gays. Imagine if they'd passed a law in 1954 guaranteeing the state would keep funding faith-based segregated public schools two weeks before Brown v. Board of Education?

That would have been ruled unconstitutional in about five minutes, as will this latest round of homophobic bills, according to every legal expert with whom I've talked. I thought Our Supposedly Sensible Governor would be prudent enough to wait to sign them until the Supreme Court ruling, but he couldn't wait to pander to the boobs.

Possibly he thinks this will earn him a vote from them on something he really cares about, like the roads.

What we and our lawmakers should be doing is re-reading the First Amendment ... and then asking what business the state has funding faith-based anything in the first place.

Jack Lessenberry is head of the journalism program at Wayne State University and the senior political analyst for Michigan Public Radio.