Politics & Prejudices: What do we do now? 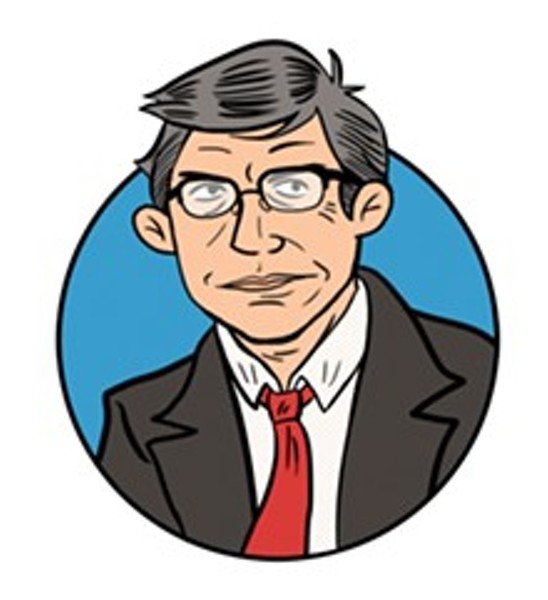 "I should have taken my home ec courses more seriously because I'm about to go back in time to when a woman's place was in the kitchen," she said bitterly last week.

Adams, 23, worked her way through school. Blond and blue-eyed, she looks like the sorority member (Alpha Gamma Delta!) — she enthusiastically is. But she loathes Donald Trump and everything he stands for, and still can't believe he won.

"I have so many friends that are minorities, that are LGBTQ, that are women, and they're all so scared and I don't know how to help," she told me, with tears in her eyes.

Then she added, "I'm scared and angry too."

Welcome to Our American Nightmare.

Everybody knows what happened. Donald Trump spent a year insulting women, minorities, the disabled, our allies, and displayed contempt and proud ignorance for anything smacking of knowledge about how government functions.

Then, after every mature adult in the world begged us not to do it, we elected him president. We can't blame this all on legions of men afflicted with arrested development, who decided to get back at the elites by bringing a scumbag to the formal dance. Plenty of women chose him too.

What happens now? Naturally, after the shock settled in, everyone acted as if we would be all right. Trump himself appeared in the wee hours to play a statesman for the cameras.

The next day, Hillary Clinton finally dragged herself before the media. Looking a decade older, knowing that she was politically Dead Woman Standing, she said all the right things.

Standing behind her, Bill Clinton looked far worse. Afterward, President Barack Obama attempted to reassure the nation, knowing that it had just repudiated everything he had tried to do far more effectively than if they'd impeached him.

Americans, we are fond of saying, are a big-hearted and generous people. "Americans will always do the right thing, only after they have tried everything else," goes a famous quote often wrongly attributed to Winston Churchill.

Yes, maybe some of us are generous in our private lives. They used to say Ronald Reagan would give a poor man the shirt off his back, generally right after signing a bill to take his benefits away. We have had moments of greatness.

But not this time. For me, it was all best defined by a quote in The Economist, a British publication that is probably the best newsmagazine in the world.

They sent a reporter to Youngstown, Ohio, whose story appears in the issue that came out the day before the election — an issue in which the normally conservative publication endorsed Hillary Clinton on its cover.

A carpenter named Paul said it all: "I'm not voting for the c**t. Why? Because she's a no good fucking c**t," he added gratuitously. A worker named Clyde said, "I don't trust that broad with my guns." The magazine noted "on the face of it, this is irrational," since these workers make a good living, thanks to a union which Clinton supports and Trump would destroy. But as men who work construction know, blowing up things is so much fun.

That is, unless you have to live with the consequences, which we all will.

The day after the election, various talking heads were reassuring us that Congress would never let Trump build his wall or destroy all our trade agreements, etc. etc.

I might feel better about that if they weren't the same talking heads who told us all winter that Trump couldn't possibly win the nomination, and told us all fall that there was no way he was going to win the election.

Perhaps our best hope was expressed by my childhood friend Charley Bastian, who now lives in Marquette, the only county in the Upper Peninsula to not support Trump: "So America elected a carnival barker for president."

Charley's right, of course, but the good news is that Trump doesn't really believe most of the shit he's slinging; or at least not five minutes after he says it. Well into his 50s, he was a supporter of partial birth abortion.

Occasionally a person that age may stop drinking, but they don't tend to radically change who they are. If it suits his ego and his ratings to change his tune, be assured he will.

But that's up to us, isn't it? The night after the election, I went to Toledo to talk to that city's congresswoman, Marcy Kaptur. Toledo may be in Ohio, but its auto-based economy and culture are in many ways an extension of Detroit.

Though Kaptur, a Democrat, has been in Congress since 1982, she is that rare bird who never became a creature of the Washington establishment; she still lives in the modest home in which she grew up, and people feel she is one of them.

When I asked her if she was surprised by the result, she said, "Not at all." She felt her party had become almost entirely fixated on social issues, and had forgotten the distress of workers in what Washington sneeringly calls the Rust Belt.

That's where and how Trump won this election: by taking Wisconsin, Pennsylvania and Michigan, three states that have always voted Democratic since the 1980s.

They were all close, and had he lost them, she would be planning her cabinet today. But while her staff assumed an egocentric billionaire couldn't relate to the voters there, Joe and Jane Brewski clearly didn't feel all that much in common with a female multimillionaire pillar of the Washington establishment.

And Trump at least clowned around with them. There are a lot of lessons to be learned from this, and one of them was best expressed by that old radical Joe Hill himself.

"Don't waste time mourning," he said as he prepared to face the firing squad. "Organize."

If the results of the presidential and congressional elections weren't bad enough, voters turned down what may be the only realistic, practical way to get workable mass transit we are likely to see in our lifetimes.

The Regional Transit Authority would have connected city and suburban bus systems, added a fleet of new buses, and then had a squadron of special buses that would move in special lanes and whisk people comfortably all over the place.

You could take them to and from Ann Arbor and the airport from almost any point in the four-county area. Trouble was, it would cost money to build.

My share, which would have been more than most, would have been a yearly tax on my house that would have cost less than two taxi rides to the airport. Those who didn't own homes wouldn't have to pay a thing. It was a great deal.

But hey — this is the state where people would rather pay a whole lot more for car repairs than fix the roads. The people of Washtenaw and Wayne counties enthusiastically approved the proposal. This was especially civic-minded of those who live in Washtenaw, since most of them will use it less.

But that wasn't the case in Oakland, where while it was close, the RTA was turned down by a tiny margin. That wouldn't have been fatal — except for Macomb.

Those good Donald Trump voters contemptuously rejected mass transit by a landslide (they won't need it just as soon as their Pontiac GTOs are out of the shop), and so mass transit went down by a single percentage point.

Hey, who needs to attract new businesses, anyway? I hear they may be adding a new shift at Oldsmobile!