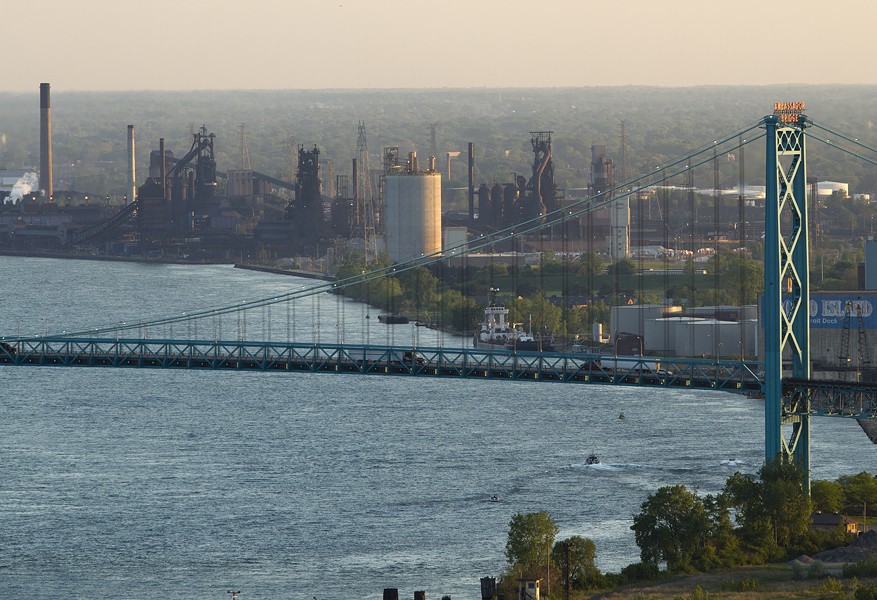 Detroit residents and environmental groups are outraged over the handling of a potential uranium spill from a long-contaminated riverbank that collapsed into the Detroit River two days before Thanksgiving.

The public was unaware of the potential contamination until the Windsor Star in Canada revealed what had happened Thursday – nine days after the collapse of the riverfront storage site in southwest Detroit. The city of Detroit has drinking water intake lines near the collapsed site.

“How in the world is it possible that we are hearing from Canadian news networks, days late at that, before we are hearing from our own authorities in charge of protecting us?” Sierra Club environmental organizer Justin Onwenu said in a news release. “This took place days ago and we just found out yesterday. Michiganders deserve emergency response systems in place that will assure communities that public health and safety is adequately protected.”

On Thursday, a member of the Canadian Parliament, Brian Masse, called for the U.S. and Canadian governments to investigate, noting the site once had “radioactive contamination.”

For decades, the U.S. Department of Environmental Protection Agency listed the site as contaminated because of uranium and other dangerous chemicals stored at the site next to Historic Fort Wayne and leased by Detroit Bulk Storage.

Masse is worried the collapse could have contaminated the Detroit River and connecting waterways.

“An immediate study should be conducted on the dangers presented to the Detroit waterways and Great Lakes region," Masse said in a statement. "Forty million people use the Great Lakes for drinking water, and the ecosystem is already fragile. Any potential threat should be investigated immediately on both sides of the border.”

The property at 5851 W. Jefferson was previously owned by Revere Copper and Brass, which was subcontracted in the 1940s to take part in the Manhattan Project, an undertaking to produce the first nuclear weapons.

It’s not entirely clear why the riverbank collapsed. Detroit Bulk Storage said it was not at fault and blamed the collapse on high waters and heavy rain, the Detroit News reported.

State Sen. Stephanie Chang, D-Detroit, said in a series of tweets that the state is addressing the collapse.

"We will continue monitoring this developing situation closely as protecting our water is a critical priority," Chang tweeted.

Update. EGLE is reviewing records for past contamination. Will have a boat & drone out in near future to see the site. Sample testing of river sediment this past spring didn't show uranium or thorium being above background levels. The company never notified EGLE last week. https://t.co/9uwVAAgFRc