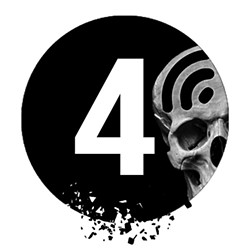 Are cell phones and other wireless devices really as safe as we've been lead to believe? Don't bet on it, according to decades of buried research reviewed in a March 2018 investigation for The Nation by Mark Hertsgaard and Mark Dowie.

"The wireless industry not only made the same moral choices that the tobacco and fossil-fuel industries did, it also borrowed from the same public relations playbook those industries pioneered," Hertsgaard and Dowie reported. "Like their tobacco and fossil-fuel brethren, wireless executives have chosen not to publicize what their own scientists have said about the risks of their products. ... On the contrary, the industry — in America, Europe, and Asia — has spent untold millions of dollars in the past 25 years proclaiming that science is on its side, that the critics are quack, and that consumers have nothing to fear."

Their report comes at the same time as several new developments are bringing the issue to the fore, including a Kaiser Permanente study (published in December 2017 in Scientific Reports) finding much higher risks of miscarriage, a study in the October 2017 American Journal of Epidemiology finding increased risk for glioma (a type of brain tumor), and a disclosure by the National Frequency Agency of France that nine out of 10 cell phones exceed government radiation safety limits when tested in the way they are actually used, next to the human body.

Carlo sent letters to each of the industry's chieftains on October 7, 1999, reiterating that the Wireless Technology Research project had found the following:

Carlo urged the CEOs to do the right thing and give consumers the information they need to make an informed judgment about how much of this unknown risk they wish to assume, especially since some in the industry had repeatedly and falsely claimed that wireless phones are safe for all consumers ,"including children."

The Kaiser Permanente study involved exposure to magnetic field nonionizing radiation associated with wireless devices as well as cell phones and found a 2.72 times higher risk of miscarriage for those with higher versus lower exposure. Lead investigator De-Kun Li warned that the possible effects of this radiation have been controversial because "from a public health point of view, everybody is exposed. If there is any health effect, the potential impact is huge."

"The wireless industry has 'war-gamed' science by playing offense as well as defense, actively sponsoring studies that result in published findings supportive of the industry, while aiming to discredit competing research that raises questions about the safety of cellular devices and other wireless technologies," Project Censored summarized. "When studies have linked wireless radiation to cancer or genetic damage, industry spokespeople have pointed out that the findings are disputed by other researchers."

This is the exact same strategy used by the tobacco and fossil fuel industries described in the 2010 book, Merchants of Doubt: How a Handful of Scientists Obscured the Truth on Issues From Tobacco Smoke to Global Warming, by Naomi Oreskes and Erik Conway.

While some local media have covered the findings of a few selected studies, Project Censored noted, "the norm for corporate media is to report the telecom industry line — that is, that evidence linking Wi-Fi and cell phone radiation to health issues, including cancer and other medical problems, is either inconclusive or disputed. ... As Hertsgaard and Dowie's Nation report suggested, corporate coverage of this sort is partly how the telecom industry remains successful in avoiding the consequences of [its] actions."