Race, Media and the EM

People talking across the color lines that so often divide us. 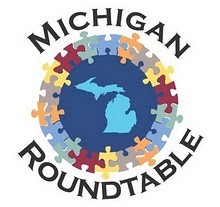 Here’s the beauty of the Michigan Roundtable for Diversity and Inclusion: It gets people talking across the color lines that so often divide us.

The importance of that task was driven home last week, at least for those of us here at the Hits, when the good folks at the Roundtable hosted a discussion centered on race and the media’s coverage of the emergency manager issue.

Leading the discussion were Shea Howell, a communications professor at Oakland University and longtime progressive activist, and David Sands, who covers Detroit for the online pub Huffington Post.

This much we knew: The whole debate surrounding implementation of Michigan’s emergency manager law is inextricably tied to race. As noted in a federal lawsuit challenging the law, with the exception of Allen Park, all the cities and school districts where emergency managers have been installed, or consent agreements are in place, have African-Americans as the majority population.

Moreover, more than half the African-Americans living within the state of Michigan now live under the authority of an emergency manager, or have a local unit of government whose actions are controlled by a consent agreement.

So, clearly, race is a big part of the issue.

Now, it can be argued that it’s a matter of economic metrics, and not race, that determines which cities are taken over by the state. But even if you accept that viewpoint (one that will surely be put to the test as part of the federal lawsuit, which references the number of cities experiencing financial difficulties that haven’t been subject to state takeover) you still have to ask: Why?

As Howell explained, at least part of the answer lies in a (false) narrative that’s perpetuated with the help of the mainstream media. That narrative goes like this:

Everything was fine in Detroit until the 1967 race riots erupted. After that, the “good white” people left while the “bad” black people stayed. And, because of either corruption or incompetence, “they” have been unable to govern themselves.

We can tell you from experience, you can go into just about any bar (where we conduct a great deal of our sociological and political research) in the predominantly white suburbs and hear exactly that point of view being expressed when the subject of emergency management is raised.

And the media shares blame for that.

For starters, there is the flawed premise of a narrative that fails to recognize that whites began leaving Detroit in the 1950s, long before that landmark riot (or “uprising,” depending on your politics and race), and that the exodus from the city help set off a financial downward spiral that accelerated as the problems worsened. Fewer people meant less tax revenue, which resulted in a cut in services, which caused more people to leave, leading to even more people bailing for the suburbs.

Despite the resurgence of Detroit’s downtown and midtown areas, the city continues to bleed residents. The last estimate we saw pegged the population (as of last July) at 685,000 people — down from the 713,000 count taken during the 2010 census. At this point, it has to be mostly black families, not white, that are leaving the city.

So what’s going on now is part of a complicated, historical trend that the media, for the most part, fails to acknowledge. Also unacknowledged, said some of those attending the Roundtable discussion, is the fact that what’s happening in Detroit needs to be understood in terms of the global economic picture.

The role of banks in the financial crisis that began nearly five years ago — and which, because of the prevalence of predatory lending targeted at minority neighborhoods, hit Detroit particularly hard — and the social unrest occurring in part of Europe as conservative economic “austerity” measures are being imposed, are highly relevant to what’s going on in Detroit.

The problem, said some of the speakers, is that the local media aren’t even trying to connect those dots.  (We’d like to tell you how reporters and editors representing the mainstream responded to that critique during the discussion, but can’t, because none were in attendance.)

Here, though, is a question we raised:

Does focusing on the racial aspects of all this, as the Roundtable discussion did, obscure the concern that, even more than a race issue, this is a class issue, with the corporate right looking to cash in on Detroit’s economic problems by buying up public assets at bargain prices?

If the Detroit Water & Sewerage Department is privatized, for example, it won’t be just the people of Detroit who will have cause to worry, but all residents throughout the region served by that system, and whose only access to the critical requirement for life — fresh water — will be controlled by a corporation that has profit as its primary objective. (Don’t just take our word for it, read a recent report published by the nonprofit group Food & Water Watch.)

It is something we think about often.  The problem, though, is that when it comes to things like this, the answers (and we’ll excuse your groan in advance) are clearly black and white.

Part of the reason for that was highlighted during the Roundtable discussion, when one of the whities here at the Hits talked about recently being thrown out of a public meeting held by the Detroit branch of the Rev. Al Sharpton’s National Action Network.

We mentioned how we were surprised to learn afterward that some who attended that event didn’t see a reporter trying to defend press access, but instead saw a white man who, because of an innate sense of racial superiority, felt emboldened to protest being ejected from a meeting that he’d politely been asked to leave.

One of the Roundtable attendees stood up at that point and said that’s exactly how a lot of people attending the NAN event saw our actions, and found it offensive.

Like we said, that’s one of the beautiful things about the Roundtable. Sometimes you learn your vision is obstructed by blinders you didn’t even realize were there.