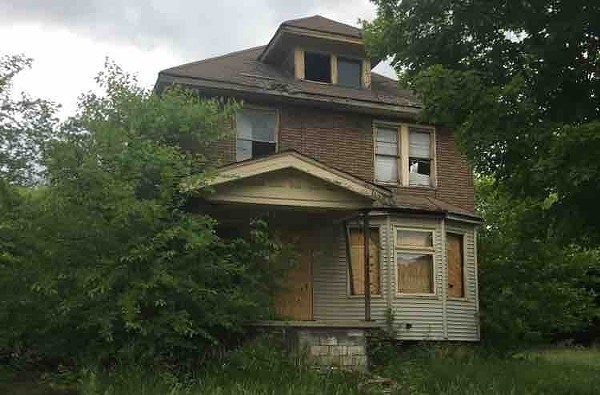 Detroit's Land Bank was established in 2011 to sell Detroit's blighted homes, which have ballooned in number following the last decade's subprime housing and tax-foreclosure crises. So far, the organization has accomplished one part of its mission, amassing tens of thousands of vacant homes. The only problem is — the quasi-governmental agency doesn't seem to really be doing anything with them.

So says a new report from Bridge Magazine, which takes a look at the Land Bank's numbers. The city has at least 43,500 vacant homes, and the land bank owns nearly 30,000 of them. Many of the homes were acquired through tax foreclosures, with more than 1 in 3 Detroit homes having gone into foreclosure in the past 15 years. According to Bridge, of the Land Bank's stock, only 3 percent are listed for sale, and the Land Bank owns about 20 percent of the single-family homes in the city. That's a lot of houses going nowhere.

The Land Bank's executive director Saskia Thompson told Bridge that there is room for improvement — she said she'd like to increase monthly sales in the next year — but also defended the organization's practices.

"People say to us 'you aren't putting them up for sale fast enough,' but there is nothing that we can see in the market there that actually tells us that we are doing this too slowly," she said. "I would say it's the opposite. In some parts of the city, we are 75 percent of all the market activity."

But some homeowners and prospective homeowners described a frustrating process in trying to acquire Detroit Land Bank-owned houses, including confusion in how the process works, unresponsive phone calls sent to the agency, and a lack of help for people who have to make repairs to land bank bought-houses — which require repairs within six months of purchasing lest the house reverts back to the agency.

"I wouldn’t recommend for anybody else to buy through the Land Bank," one struggling homeowner told the publication. "Not at all."

Michigan's rates of black homeownership have plummeted since 2000, according to one study. This has been felt particularly strong in majority black Detroit, where 54 percent of residents rented in 2016, compared to 45 percent in 2000. Meanwhile, the city has ramped up petty blight enforcement against citizens, while Land Bank-owned houses rot without consequence.

The Detroit Land Bank is currently under investigation by the federal government for possible bid-rigging and its rising costs of demolitions.