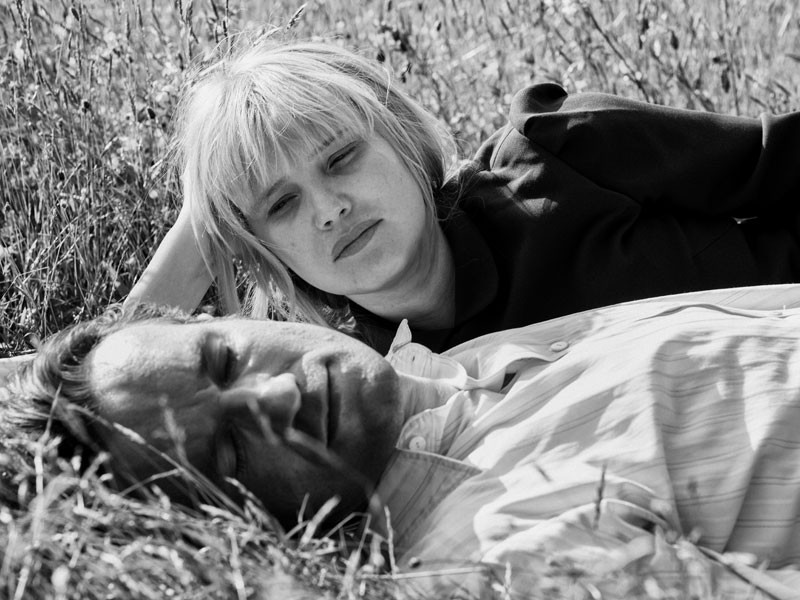 "After so many years, even the fire of passion dies, and with it what was believed the light of the truth," wrote Italian novelist and philosopher Umberto Eco in The Name of the Rose.

Eco's writing contemplates the relationship between time, emotion, and personal certainty, as does Polish writer-director Paweł Pawlikowski's Cold War. Loosely based on the lives of his parents, the film takes place during the height of tensions between the Soviet bloc and the West, and tells the tale of two star-crossed lovers separated by politics and their own missteps. And though Pawlikowski surely intended for his characters' passion to burn red hot on the screen — in stark contrast to the black-and-white cinematography — we're instead left with little but a cold, passionless, underwritten tale of a relationship wrecked by circumstance.

Wiktor (Tomasz Kot) and Zula (Joanna Kulig) meet in post-World War II Poland. He is an accomplished musical scholar with a devotion to folk tunes, and she is an aspiring singer. Though he is older and essentially her supervisor in a Communist-run traveling troupe, he is unable to resist her unpredictability, honesty, and smoldering sensuality, while she is drawn to his, well, it's not clear. Perhaps it's their passion for music that brings them together, or their shared resistance to the propagandizing of what they hoped would be a noble cultural endeavor. Ultimately, they seem to become permanently bonded not so much by love but by their exile from one another — after Zula fails to join Wiktor when he defects to France.

Cold War has received praise — and Oscar nominations for foreign-language film, director and cinematography — but its champions are either ignoring or, astonishingly, not bothered by the film's episodic structure, which sucks relatability, character development, and narrative satisfaction from what could have been a haunting tale of found-and-lost-and-found romance. More a series of vignettes set over two decades, Cold War might have held intrigue and heartbreak if Pawlikowki's script (co-written by Janusz Głowacki and Piotr Borkowski) contained more tenderness. Rather, it portrays Wiktor and Zula as angry, frustrated, non-communicative, and even abusive. And though the film has an old-fashioned, quiet beauty, which is bolstered by its color palette — or lack thereof — and its 1.37:1 aspect ratio, its bare-bones, oddly structured story smells of arthouse pretentiousness.

Jacqueline Susann wrote, in Valley of the Dolls, "People parted, years passed, they met again — and the meeting proved no reunion, offered no warm memories, only the acid knowledge that time had passed and things weren't as bright or attractive as they had been."

And thus Wiktor and Zula keep on keeping on, clinging to an inexplicable, impractical, and often ugly love that is so understated and undernourished as to be practically nonexistent.

Cold War's critical success is all the more frustrating considering the plethora of better foreign films from 2018. So stay out of the Cold and instead warm to Burning, get caught with Shoplifters, embrace The Guilty, and visit Roma, which could become the first non-English-language movie to ever win the Academy Award for best film.