Right, Left and in Between

What caused the financial downfall of Detroit? 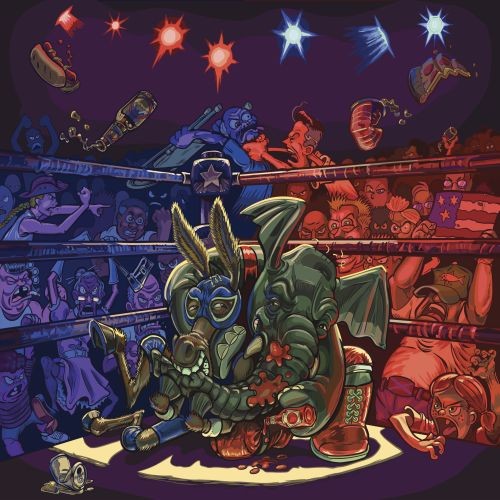 If the conservative media is to be believed, the answer to that question is simple as it is glaringly obvious.

“The fundamental transformation of Detroit is complete, as socialism’s theme park succumbs to government run amok, a reminder that government isn’t the solution to our problems but their cause,” is the way an editorial in the publication Investor’s Business Daily summed up the situation.

It’s a view shared by the likes of right-wing commentator Glenn Beck, who predicts it’s not just Detroit that will collapse because of “unfunded liabililties, health care, Social Security, pensions, government corruption, out of control …

“The city of Detroit, and the city of Philadelphia, and the city of Washington D.C.; it’s progressive policies that are destroying our cities,” contends Beck. “It’s not a problem with the Democrats. Well, the Democrats are over, but it’s not a problem with the Democrats or the Republicans, per se. It is the progressives in both parties. And they are headed toward a one-party system. And if you don’t believe that, then you have to ask yourself, ‘Why is it I vote every time and every time it seems like I get the same policies?’ Because they’re progressive policies.”

Rich Lowry, editor of The National Review, issued an even harsher critique, writing:

“The city undertook a controlled experiment in what happens if you are governed by a toxic combination of Great Society big spenders, race hustlers, crooks, public-sector unions, and ineffectual reformers. It spent and misgoverned itself into the ground. It tried to defy the axiom of the late economist Herb Stein that ‘If something cannot go on forever, it will stop.’ Detroit’s bout of self-destruction lasted for a few decades, and now may finally stop only when there is little left to destroy.”

It is as if they can hardly contain their glee that a city with a majority African-American population, controlled by Democrats, has been brought to the point where it is seeking Chapter 9 bankruptcy protection.

What that sort of analysis misses is the complexity of the situation facing Detroit, and the factors that combined to bring the city to the crisis now facing it.

“A wise old professor once told me that all simple political explanations are fundamentally optimistic,” Barry Goldman, an arbitrator and mediator who served as the director of Detroit’s Human Rights Department during the Coleman Young Administration, wrote in an opinion piece for the Los Angeles Times.

Earlier this year, Scott Martelle, author of the book Detroit: An Autobiography, made this observation about the city’s long decline:

“The emptying of Detroit stems from a complex mix of intractable racism, corporate and governmental decisions, failed institutions and crime levels that have driven most of the middle class to the suburbs.

“Local governments have regularly undercut each other with tax deals to lure jobs ... These deals have helped corporations at the expense of communities like Detroit, causing the city’s tax base to shrink faster than the city government could adapt and leaving it with massive debt, annual operating deficits, a demoralized workforce, an impoverished population base — and no plan for how to fix things.”

Writing before the bankruptcy filing, Martelle, who is now based in California but previously worked as a reporter in Detroit, opined:

“Detroit has been lurching from crisis to crisis for decades, and a state takeover now will do little to fix the underlying issues. City, state and national leaders need to engage creatively, not punitively. Detroit’s problems, like those of most of our troubled cities, are not Detroit’s alone.

“Simply carving up the city’s assets and selling them off would propel the downward spiral. Rather than angels coming to help, those wings on the wind are circling vultures.”

In an interview with the Toronto’s Globe & Mail newspaper, Detroit native and University of Pennsylvania history professor Thomas Sugrue — author of the award-winning book The Origins of the Urban Crisis: Race and Inequality in Postwar Detroit — provided a broad perspective on Detroit’s situation. Asked about the factors leading to the mess the city’s now in, he replied:

“The first is long-term disinvestment from the city, meaning the flight of capital and jobs from Detroit beginning in the 1950s. It is employers and employees that provide the bulk of the funds for a city’s tax base. Secondly, intense hostility between the city and the rest of the state, which has a very strong racial dimension.

“Detroit has a long and painful history of racial conflict in local and state politics. That has contributed to the third major factor: the collapse of state and federal support for the city, which was crucial to its survival — and indeed to other cities’ survival — for a lot of the difficult times from the 1950s on forward.

“As a quick aside, when New York went through its fiscal crisis in the 1970s, it was bailed out by the federal government. There’s no bailout in place for Detroit today. …”

As for who’s to blame, Sugrue said there are plenty of places for fingers to point.

“There is policy and political blame aplenty to go around,” he explained. “That is, officials in Detroit kept a large city government that was not proportionate to the city’s shrinking population in place. The state cut funding for infrastructure, education and transit. And the federal government steadily withdrew urban support beginning in the 1980s.

“The folk wisdom in Detroit is, ‘Oh, it’s mismanagement in city hall that caused the city’s problems.’ City hall is a player for sure, but the causes of this were far deeper. It had to do with macroeconomic and macro-political problems that were well beyond the boundaries of the city.”

It took Rolling Stone magazine to zero in on another factor that’s largely being ignored in all the analysis of Detroit’s historic bankruptcy filing: the foreclosure crisis.

“Between 2004 and 2006, a full 75 percent of mortgages issued in Detroit were subprime,” reported Laura Gottesdiener. “By 2012, banks had foreclosed on 100,000 homes, which drove down the city’s total real estate value by 30 percent and spurred a mass exodus of nearly a quarter million people.”

“Starting in the mid-2000s, foreclosures eroded millions of dollars from the city’s tax base. This shortfall forced the city to begin borrowing money from Wall Street by issuing municipal bonds in 2005. … As a result of a series of interest rate swaps and other financial acrobatics, the debt spiraled out of control. The city further shut down services to cut costs, which spurred even more people to leave — taking their tax dollars with them. In the last five years, the city lost $1.6 billion from declined property tax revenue alone.”

Also looking at the situation from the leftists’ perspective is Darwin Bond-Graham, writing for the publication CounterPunch:

“The piranha-like feast of the bondholders on the fiscal carcass of Detroit has been insanely unsustainable for over a decade, and most of the lenders realized the riskiness of their loans. Hungry still for every last morsel of social wealth, capital is maneuvering to ensure itself the best spot at the table. Mastication of Detroit’s pension obligations is one of the final rites of the ritual slaughter of a once-great city, a hub of global manufacturing and epicenter of multi-racial working class Americana. Motown is being ground down.”

Curt Guyette is Metro Times news editor. Contact him at 313-202-8004 or cguyette@metrotimes.com