Roots of a rampage 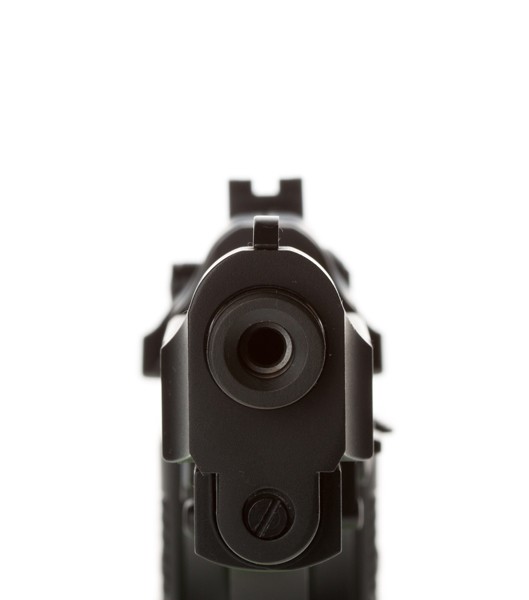 Heart-wrenching photos of innocent children and grieving adults have dominated the news since the Newtown massacre, as bewildered bystanders across the country ask what could have motivated such a horrific crime. We hardly recognize the country we have become as incidents of this kind — doubly frightening for their randomness — shatter ordinary lives in movie theaters, shopping malls and first-grade classrooms.

As I have learned in my study of rampage shootings, the search for answers about a killer's motive must include an examination of the social world in which he was embedded. My research team and I spent several months doing field research in two very small towns, one near Paducah, Ky., and one outside Jonesboro, Ark., both sites of terrible rampage shootings in the late 1990s. We were on assignment from the National Research Council, which, on the instruction of Congress, launched a series of case studies designed to answer the question: What leads young men to become killers of their fellow students? What started out as a summer assignment became a two-year odyssey exploring the complexities of high school peer groups; the blocked flow of information that seems to prevent schools from recognizing when trouble is brewing in their midst; and the unrecognized complicity of grown-ups and town boosters in the reinforcement of a pecking order among the young.

Rampage: The Social Roots of School Shootings, the book that emerged from this inquiry, stakes a claim to a sociological interpretation of the tragic phenomena that most Americans understand through a psychological lens, with its focus on individual pathologies and its avoidance of the social context in which these disabilities become deadly. What contextual patterns matter? First, these shootings tend to happen in small towns with no history of background violence, rather than in big cities, which suffer almost every other kind of brutal attack except this one. There has been only one example of a rampage school shooting in an urban setting since 1970. All the others have taken place in rural towns miles from places like New York or Chicago, or in suburbs in the Western states.

What is it about these towns where no one locks their doors that generates these deadly outbursts? We argued the very thing most Americans celebrate about small-town life — close-knit neighbors, friendly families, adults engaged in the schools and churches — become sources of stultifying depression for marginal boys. We interviewed kids who were attending the same high school as their grandparents, in communities where very few left town for college, preferring to stay home and attend the local community college or state institution. For most people, this is a sign of social solidarity. For Michael Carneal, the shooter in a 1997 attack at Heath High School (outside Paducah), that solidarity felt like a life sentence of exclusion.

Everyone in town — not just the high school kids — celebrated the football heroes. What hope was there of social acceptance for a scrawny, short 14-year-old with glasses who liked ideas and books and was no good at sports? Always awkward, Michael found daily experience full of friction. He told jokes to get attention, stole CDs to impress the goths. None of that worked. He stole one of his father's guns, and the goths told him it wasn't cool enough; they wanted to see a shotgun. He worked overtime to impress and they turned their backs on him, until the day he started talking about shooting people. Now that was interesting! For the first time, Michael could glimpse a life surrounded by friends. All he had to do was follow through on his promise: to shoot people. All the ambivalence he felt about the act was drowned out by the dread that came from recognizing that those boys would turn their backs on him if he defaulted on this promise to kill. So he lived up to his commitment: three dead, one paralyzed for life and one badly injured.

Lots of people heard Michael say troubling things. Schoolkids heard him threaten to shoot people. He threw bicycles into a bonfire. Did anyone ever say anything to his parents, a well-respected lawyer and a homemaker? No. Neighbors didn't want to upset the family, nor did they believe anything could go seriously wrong in the life of a boy with such admirable parents. So he festered, engulfed in the early symptoms of serious mental disorders. He heard voices in his head, was afraid to walk on the floor in his room, was scared of his own conduct as it spiraled out of control. No one in his family knew he was this troubled; he was just shy, awkward, needed time to grow up. But inside, Michael was coming apart under the pressure of a status system that had no place for him.

It will be a long time before we know whether Adam Lanza was in a similar fix through his adolescence. Early indications, which can always be wrong, suggest a character that was not unlike Carneal, who was smart, awkward, unable to make friendships that lasted and looking for a way to change his public persona. Shooting people is drawn straight from the Hollywood playbook that equates masculinity with violence. Carneal took those cool images to heart. So did the goth group that egged him on. In time, and with far more information than we have now, we may discover that Lanza was in a similar situation.

We have alternatives in American society that would make a difference to a Carneal or a Lanza. We could promote a more diverse set of male images, reinforce that diversity by celebrating the math team as much as the football team, and find ways to help kids who hear rumors to come forward to adults who can intervene. There are near-miss cases where plots were stopped in their tracks because a young person had the courage to do just that.

We will never be able to profile the kind of person who becomes a mass shooter in our schools; they come from stable two-parent households like the Carneals and families that have been through divorce like the Lanzas. They are often very bright boys, but not always. So we cannot generalize or pinpoint young men who have all the necessary conditions when we don't really know what those conditions are.

Prevention thus depends on encouraging kids to speak up when they hear rumors. And it depends, even more, on our willingness to commit resources to the mental health needs of our young. Finally, keeping guns, especially assault weapons, out of the hands of civilians is essential, overdue by decades.

Katherine S. Newman  is the Malcolm Forbes Class of 1941 Professor of Sociology and Public Affairs at Princeton. An earlier version of this article appeared in The Nation.