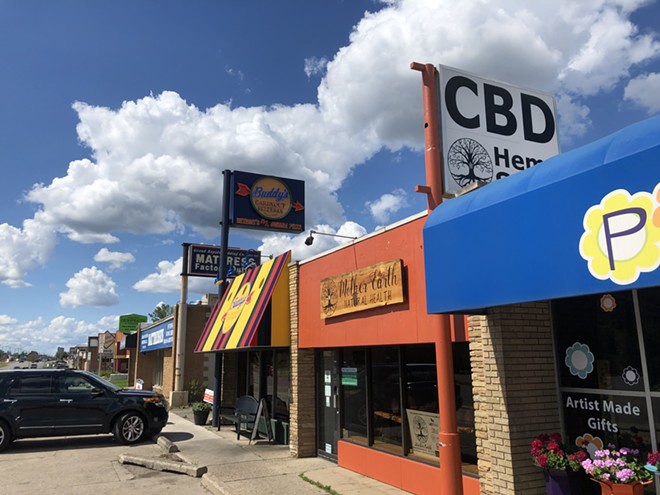 A stretch of Woodward Avenue in Royal Oak could become a hub for customers of Michigan's new recreational marijuana market, but many citizens expressed their disapproval of the move during a video conference meeting for the City Commission on Monday.

Due to the coronavirus, the meeting was held online and accepted public comments as voicemail messages. The City Commission received more than 100 messages about the marijuana ordinances, much more than they could listen to in one meeting. Some people said they would prefer if the marijuana stores were limited to downtown Royal Oak or other parts of the city and not be located along Woodward Avenue, which they say is too close to residents. (Perhaps a degree of Reefer Madness is at play here, though: that stretch of Woodward has several bars and liquor stores already.)

The City Commission decided to discuss the matter further at a later meeting.

Though Michigan voted to legalize recreational marijuana in 2018, stores have been slow to materialize in metro Detroit. The first recreational stores in the region opened in Ann Arbor late last year, which is fitting due to that community's longstanding role in legalization efforts and for hosting the annual Hash Bash rally for decades. But in Detroit city limits, city officials say they have been holding off on green-lighting recreational weed stores until they develop a social equity model to help people of color harmed by the War on Drugs get in on the new industry.

In the meantime, recreational marijuana stores have opened in Detroit's suburbs, like Hazel Park, Ferndale, and Walled Lake, providing those local communities with tax dollars.