RYE AND RYE: The Great Grain in Bread AND Whiskey 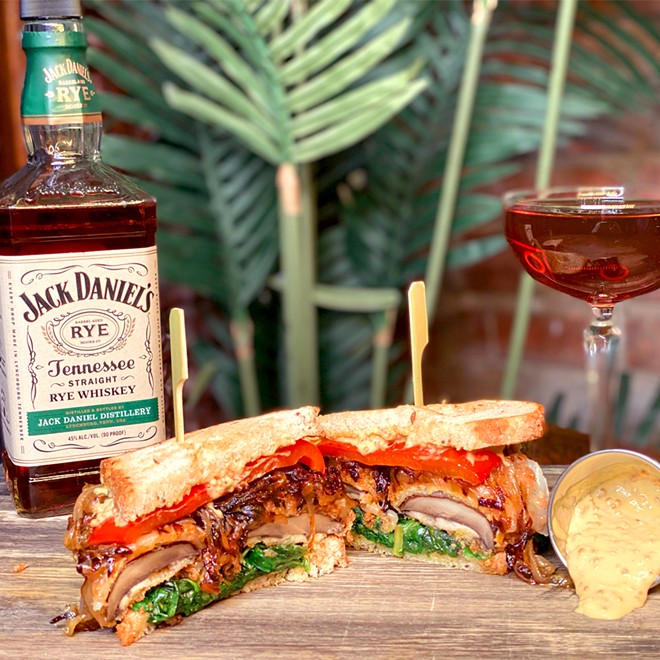 For centuries, rye grass served as a lynchpin in the cuisines of cold, wet northern Europe, where bakers would grind the grain into flower and bake legendary rye breads.

But the grain’s introduction to America saw it put to a brilliant new use — rye whiskey, a slightly spicy, grainy version of bourbon.

The relatively colder and wet climate around Michigan and the upper Midwest makes the region the nation’s best for growing rye, and farmers here in the early 1800s began supplying the grain to a burgeoning rye whiskey industry.

Hundreds of years later, dozens of distillers around the country produce rye whiskey, and Jack Daniels is among the nation’s largest producers. The drink is now a standard component of classic cocktails like the old fashioned, but the best of the ryes can be taken neat.

Earlier this winter, the fine folks at Jack Daniel's rounded up 15 teams of Detroit-area bartenders and chefs, to compete in the Rye and Rye competition. Each team created a Jack Daniels's Tennessee Rye Cocktail, and a burger, sandwich, or a fun rye food creation. 5 teams were selected as semi-finalists, with one amazing Rye cocktail/sandwich combo to be selected as the eventual winner...click here for the official Rye and Rye site, and here for a gallery featuring all of the teams and their offerings.

Detroit-area bartenders and chefs team up for mouth-watering Jack Daniel’s Rye and Rye competition
Sponsored by Metro Times staff for Jack Daniel's
Paid Content
Jack Daniels introduced the Tennessee Rye in 2017, and it was among the distillery’s first departures from its usual formula. Prior to the introduction of its Tennessee Rye, its bottles largely held a similar grain bill — 80% corn, 12% malted barley and 8% rye.

By contrast, the Tennessee Rye is 70% rye, 18% corn and 12% malted barley, and represents the distillery's first new grain bill since prohibition. The bill, according to Jack Daniel’s Master Distiller Chris Fletcher, “gives it a very, very unique place in the rye whiskey market.”

The blend makes Tennessee Rye much more peppery and spicy on the nose than Jack Daniels’ typical bottle, and Fletcher notes that it's “high in mid-palette character” with interesting flavors like raisin, dates and black pepper.

He adds that a lot of rye whiskeys today are mixed in cocktails, and their development is weighted toward that function. But Fletcher says that a good rye needs to be able to stand on its own.

“When you're making a rye whiskey, it's great to design one where they're going to be complementary in cocktails, but more importantly it also needs to be settled enough that you can drink it neat, and you can do that with this rye whiskey” he says. “It’s big, it’s bold, it’s peppery and spicy, but it's also settled enough and polished enough that it can be a glass by itself.”

In the bottle, Jack Daniels bills its Tennessee Rye as “bold and balanced, carefully mellowed to be sippin’ smooth, yet spicy and complex.”

To be considered rye whiskey, a blend must have at least 51% rye mash. Most on the market have either exactly 51% or 95% rye mash, but Jack Daniel’s master distiller Chris Fletcher found either percentage too extreme.

“It’s either just enough to be rye or the 95% position, which I like to call ‘monolithic and all in,’ where the rye is the only thing you have in your character and the other grains don’t matter at that point,” Fletcher adds.

As with the rye whiskey, it's best to have other grains share the spotlight in bread. The region’s bakeries are now producing some of the world’s finest rye loaves. But instead of open faced sandwiches common in Nordic nations, Americans have adopted the bread for use with its Rubens, pastramis and more.

In a way, rye is an ingredient that's a bit of an unsung regional hero. It hasn’t gotten the attention that some other trendier grains have, but it's behind some of our best bites and beverages.

In short, “rye is worth celebrating,” said Frank Carollo, a baker at an internationally-known Ann Arbor, Michigan deli.

“That's how I feel about it,” Carollo adds. “Those are flavors that I associate with my parents and grandparents and all those who came before them.” 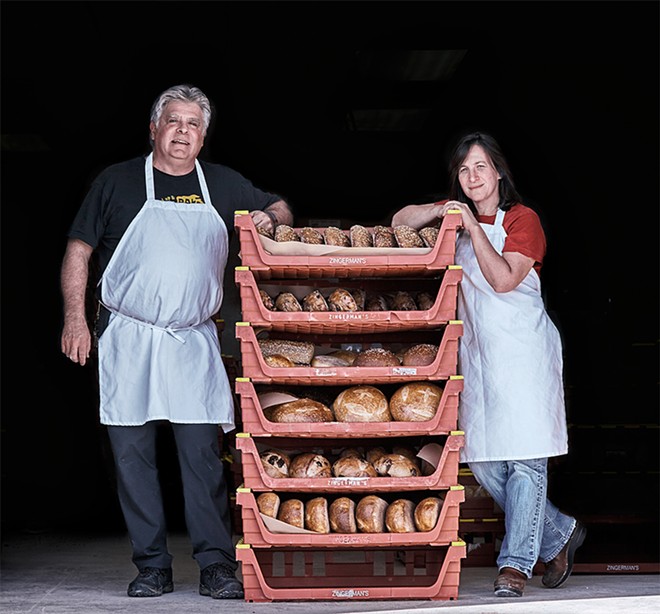 Rye bread has many faces. It can be light and fluffy, coated with caraway seeds or onion. Other loaves are dense and chewy, while still others are thin, crispy and cracker-like. The Jewish rye bread produced by baker is a traditional style “that would've been found in lower Manhattan turn of the 19th to the 20th century,” Carollo says. Nature undoubtedly intended for this bread to hold a pile of corned beef, Swiss cheese and tangy Russian dressing.

Getting down into the details of the baking process, rye is a cereal grain that has less protein and gluten, thus it’s “typically not as lofty” as wheat breads, Carollo says. Its doughs aren’t as elastic, and it can demand a long, overnight rise that really bolsters its flavor. Rye also does well with a dark bake and long, cool fermentation because it holds water well.

In its Jewish rye, Carollo blends wheat and rye, and the grain is also fantastic for sourdough breads. In the Bakehouse’s miche, rye anchors a blend of buckwheat, spelt and hard red wheat.

“It’s those combinations of grains that I find are really interesting in flavor,” Carollo said. The classic pumpernickel can take 20 hours to cook at a low temperature so it becomes dark brown and caramelized. At that point, it simply calls out for salmon and cream cheese — the bread pairs well with smoked or cured fish, as well as bright, crunchy pickled vegetables and tangy mustards.

Rye is also used to enhance some sweets. A Rosh Hashanah staple is a deeply flavorful honey cake made with rye flour, buckwheat honey, cinnamon, cloves, ginger, nutmeg, and orange and lemon zest.

It's a RYE celebration! Earlier this winter, the fine folks at Jack Daniel's rounded up 15 teams comprised of Detroit-area bartenders and chefs, to compete in the Rye and Rye competition. Each team created a Jack Daniels's Tennessee Rye Cocktail, and a burger, sandwich, or a fun rye food creation. 5 teams were selected as semi-finalists, with one amazing Rye cocktail/sandwich combo selected as the eventual winner...click here for the semi-finalists and the winner...All of the entrees tasted and looked outstanding...here are the teams and their offerings.