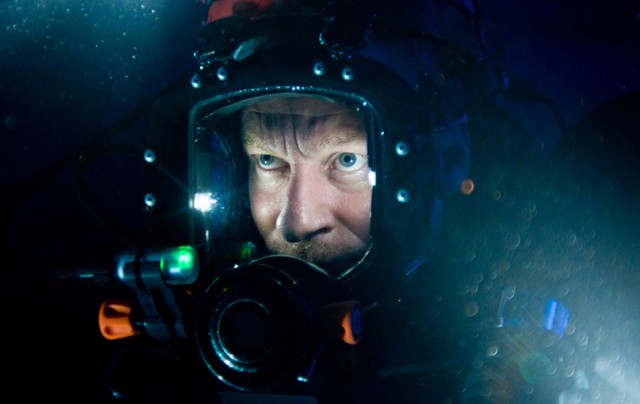 Claustrophobics, aquaphobics and those with an intense fear of mediocre Australian actors are advised to avoid Sanctum, a waterlogged underground adventure with B-grade horror-movie instincts.

This soggy film follows an expedition into a majestic, uncharted South Pacific cave system that turns disastrous when a typhoon sweeps in and threatens to flood out the caverns. Callow billionaire risk-taker Carl (Ioan Gruffudd) has all the toys money can buy, including helicopters, bathyspheres and an underwater robot, but he's hired a crew of explorers so unpleasant and idiotic that you root for the cave.

Really, each one is more worthless than the last, led by the aggressively gruff Frank (Richard Roxburgh) a merciless badass, who is generally right in his barked instructions and dire warnings, but is a total jerk about it when some poor schmuck fails to listen to him. Not a people person, Frank prefers the solemnity of his subterranean "church," and he gets to enjoy the increasing quiet as explorers get killed every 10 minutes or so. Frank has dragged his teen son along for the ride, because nothing accelerates paternal bonding like being neck-deep in dirty cave water. Gruffudd (Fantastic Four), a plasticity performer in the best of circumstances, really struggles to make something worthwhile of his playboy blowhard, but he's a charmer next to his shrill, obnoxious twit of a girlfriend (Alice Parkinson). When she haughtily refuses to don a dead woman's wetsuit, it's easy to applaud when she gets hypothermia.

Dan Wylie (Animal Kingdom) tries to be the team cut-up, but he gets stuck with such horrid lines as "That pass is as tight as a Nun's naughty." Drowning is a major theme here: At least four characters are dispatched this way, and the audience will likely feel a sense of drowning in all the bad dialogue, hammy acting and disaster-movie clichés straight out of the Irwin Allen playbook.

Executive producer James Cameron has been sucked into the same black hole that swallowed George Lucas, placing effects before people, and gimmicks in front of compelling narrative. For a few moments, the RealD technology (as seen in Avatar) impresses, rock walls loom, and water gushes, but with a script this bad, and direction this flat, the experience is pretty shallow.