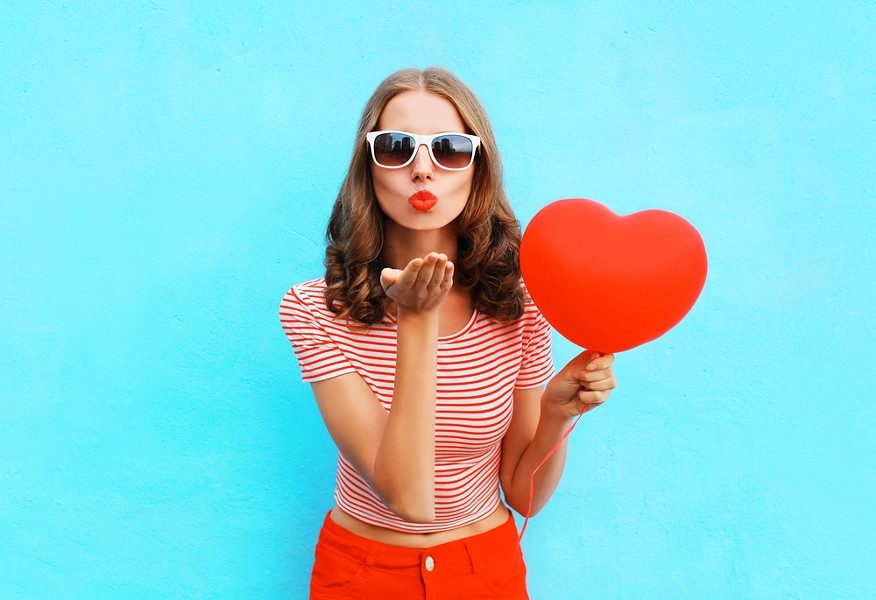 Last week, I spoke at the Wilbur Theatre in Boston and the Rensselaer Polytechnic Institute in Troy, New York. Audience members submitted their questions on tiny cards before the show, allowing them to remain anonymous while forcing them to be succinct. Here are some of the questions I didn't have time to get to at both events...

Q: I am a 50-year-old queer man who never really came out — except to people I'm cruising or fucking. Oh, and to my wife. Is there any social or political value to coming out now, in the shadow of a Trump presidency?

Q: When I've tried to do the fuck buddy thing, I've gotten attached. Any way to avoid that?

A: Only do the fuck buddy thing with Republicans.

Q: I'm a 31-year-old straight female. I have an intermittent sexual relationship with a married polyamorous friend. Each time we hook up, he says he regrets it. But several months later, he will contact me and we will hook up again. Should I say no? What do you think is up?

A: Your friend's head is what's up — up his own ass. Stop letting him stick his dick up yours. (P.S. His regret has me wondering if his marriage is actually open or if he's cheating on his wife. If you've never discussed their polyamorous arrangement with her, that probably what's up.)

Q: Why are liberals OK with people self-identifying their gender but not their race? Aren't both considered social constructs?

A: "If race and gender are both social constructs," Evan Urquhart writes at Slate, "and if both have been built around observable biological traits, then what is the crucial difference that makes a felt gender identity a true one, but a felt racial identity fraudulent? The short answer is that most trans people and their allies suspect that transgender people are born that way." (Google "Evan Urquhart," "trans," and "race" to read the rest of his essay.)

Q: We just legalized weed here in Massachusetts! Yay! How can I, as a consumer but industry outsider, help to ensure more diversity in the legal selling business?

A: Before the shops open, get in the face of your elected officials to make sure licenses are made available to pot entrepreneurs of color. Once legal weed shops are open, go out of your way to patronize pot shops owned by people of color and insist all legal weed shops employ people of color and pay a living wage. And once the profits start rolling in, demand that pot activists and shop owners stay in the fight to demand that people convicted of possessing or selling pot in the past — primarily POC — get full pardons and restitution.

Q: Please elaborate on your suggestion that an open relationship could save a marriage.

Q: How do you get over the guilt of being a straight guy? I used to feel a lot of sexual shame from hearing that men are pigs all the time. I got over most of it, but I still have leftover shame. I want to be respectful of women without having to take responsibility for the actions of every asshole straight man out there.

A: As a gay man, I'm not responsible for the actions of Roy Cohn, Jeffrey Dahmer, and Peter Thiel. Likewise, I deserve no credit for the accomplishments of Michelangelo, Alan Turing, and Stephen Sondheim. When you feel the shame and guilt welling up, all you can do is remind yourself that you're not responsible for the piggishness of Donald Trump or the awesomeness of Chris Kluwe. (And just to complicate things: While most straight women hate straight male pigs, most straight women want their men to be pigs — but only now and then, and only for them. A dash of controlled/vestigial piggishness is a desirable trait, not a disqualifying one.)

Q: What's the healthiest way to address jealousy in a relationship with a jealous and confrontational partner?

A: The healthiest thing would be for your jealous and confrontational partner to address their issues with a therapist after you've dumped them.

A: Fuck everything, call off the wedding, kill myself.

Q: I see you've resurrected your ITMFA campaign. (Bragging rights: I got the Mass. license plate ITMFA. The DMV tried to take it back when someone complained, and the ACLU won the case for me! I removed the plate, of course, after Obama won.) My question: If Trump is removed from office — if we "impeach the motherfucker already" — we'll have Mike Pence. Do you really think he'd be any better?

A: We already have Mike Pence. And Pence, as awful as he is, oscillates within a predictable band of Republican awfulness. With a President Pence, we'll get shitty Supreme Court nominees, attacks on queers and people of color, and fiscal mismanagement. With President Trump, we get all that plus war with Mexico and Australia. And you don't have to remove your ITMFA buttons once Trump is removed from office — keep 'em on until Pence is impeached too.

Speaking of impeachment: 4 in 10 Americans support impeaching Trump. Nixon didn't hit that number until 18 months into the Watergate scandal. And speaking of my ITMFA campaign: We've already raised $100,000 at ITMFA.org, with all proceeds going to the ACLU, Planned Parenthood, and the International Refugee Assistance Project. Get your ITMFA hats, buttons, and T-shirts at ITMFA.org! (Coming soon: coffee mugs and stickers!)

Dear readers: Valentine's Day is coming up. This is your annual reminder to #FuckFirst — have sex and then go out to dinner. Don't have a heavy meal, drink, eat some chocolate gut bomb of a dessert, and then write to me on the 15th whining about how you didn't get laid on the 14th. Fuck first! Or better yet, stay home and fuck all night on the 14th and go out to dinner on the 15th. You're welcome.