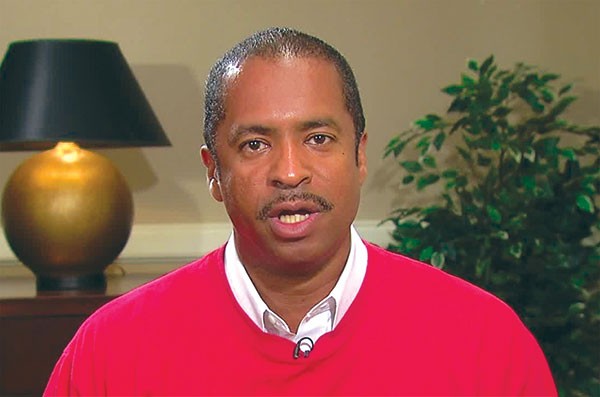 An industrious and successful resident of Detroit, Scott Benson has lived his entire life in Detroit, including District 3 for 17 years. His list of accomplishments include earning a Master’s in Urban Planning from Wayne State University, graduating from the National Naval War College, and serving 22 years on active duty in the United States Coast Guard — achieving the rank of commander. He also served in two overseas deployments during Operation Iraqi Freedom.

While Scott has a lot going on at a national level, he is also quite busy at home. “I’m an Osborn Neighborhood Alliance board member and a president of the Hickory Block Club,” he told us. “I own a small business and work with the other community organizations.” Benson celebrated his victory at a local business with his friends and family.

The first thing on Benson’s task list is to meet people and “try to get acclimated with what’s going on and what we need to do.” In response to being asked about the challenges of working with an emergency manager, Benson said his “biggest focus is going to be on learning the job itself and being ready once Orr leaves.”

Much like the other districts, Benson states that the biggest problems facing the residents of District 3 are crime, blight and jobs. In an effort to combat the jobs issue, Scott said that he has “leveraged an $800,000 grant from the U.S. Department of Health and Human Services, and part of that money is going to be spent in the third district to help bring new jobs.”

When asked what he promised to accomplish for the residents of the district, Benson laughed, saying that he doesn’t like to make promises. “I have said that I will advocate on behalf of the residents,” he said. “I did make one promise of a [local] office for third district residents, so that they may conduct routine city business without having to go downtown and pay $20 for parking.”