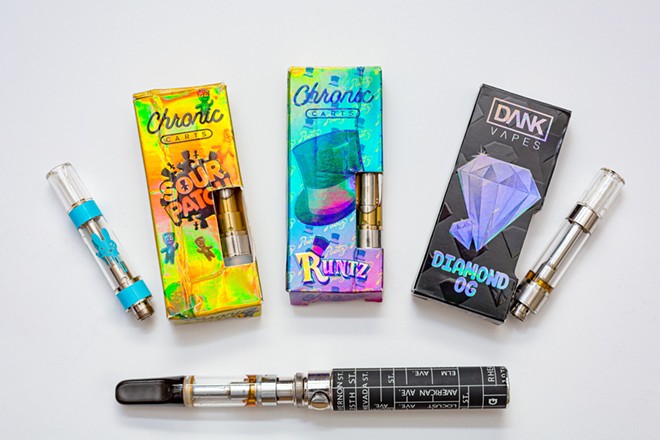 The marijuana vaping-linked lung injury has claimed the life of a second Michigan resident, the state announced Wednesday.

The Michigan Department of Health and Human Services (MDHHS) said it was notified of the man’s death on Tuesday.

“We are deeply saddened to announce a second death associated with this outbreak,” Dr. Joneigh Khaldun, chief medical executive and chief deputy for health for MDHHS, says in a news release. “We are urging people to refrain from vaping until the specific cause of the vaping-related severe lung injuries being reported nationwide has been identified. To help with this investigation, we are reminding health care providers to report patients that may have this condition to their local health department.”

Since August, the state has documented at least 56 confirmed or probable lung injuries associated with vaping THC, the psychoactive agent in marijuana. Earlier this month, the Centers for Disease Control and Prevention announced that the lung injuries are linked to vitamin E acetate, a chemical additive in THC vaping cartridges.

Nationwide, at least 50 people have died and more than 2,300 have been diagnosed with the lung injury.

So far, there has been no strong evidence linking the lung injuries to nicotine vaping.

In October, Gov. Gretchen Whitmer banned flavored nicotine in Michigan, but the prohibition is on hold pending the outcome of a lawsuit filed by vaping retailers who say the governor overstepped her authority.