What's coming on TV - the good, the bad and the wretched 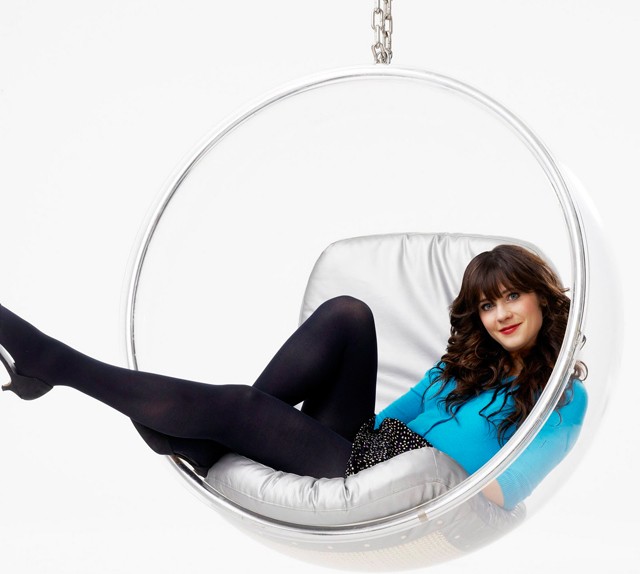 Those stalwart cop heroes of the heartland, Detroit 1-8-7 and The Chicago Code, have been discharged, denied second chances despite promising rookie seasons. Spinoffs spun out: Criminal Minds: Suspect Behavior and Law & Order: LA failed to make the cut. S#*! My Dad Says never stood a f#%& of a chance, even with (or maybe because of) Bill Shatner.

Even the old faithfuls are going through eruptions: Laurence Fishburne is leaving CSI; Chris Meloni is forsaking Law & Order: SVU after 12 outstanding seasons as steely, conflicted Det. Elliot Stabler. And last Saturday, after 23 successful years on FOX, America's Most Wanted and John Walsh went on the lam in search of a new weekly broadcast home.

And what will we be getting in their place? Charlie's Angels, 3.0. A new drama circling around an old airline that's been bankrupt for a decade. Another hour set in a gentleman's club that's been out of the public consciousness since 2006. The returns of Tim Allen, Sarah Michelle Gellar, Christina Applegate and (crap!) Simon Cowell. Oh, and two shows about ... fairy tales.

Everything old is — well, it's still old, but it's being repackaged and spritzed with a shot of Old Spice and served up to us again as if it's fresh and original. Seemingly nanoseconds after TV launched its slate of summer programming, the networks staged their annual upfront meetings for advertisers in New York to unveil their lineups for fall 2011. At first blush, it's an iffy rookie crop at best.

And now the hype begins. The new series will be promoted and previewed and advertised and discussed to the point where you actually begin to believe you've already seen them long before their premieres. The Television Critics Association (hey, everybody's got a professional society) will spend the better part of a month in Los Angeles this July meeting the stars, interviewing the creators and dissecting each series one by one. I know what you're thinking: It's just TV! But with hundreds of millions of ad dollars and the bragging rights of rich white men at stake — not to mention continued employment for people like me — it's far more than that to some people.

I haven't seen all the new shows yet, but I've watched a heap of 'em. And here's my best early line on the booms, busts and time-slot battles to come in September.

MONDAY: With Ashton Kutcher having saved the franchise at Two and a Half Men, CBS (Channel 62), with the fewest holes to fill, can feel good about 2 Broke Girls getting a fair sampling between How I Met Your Mother at 8 and Men at 9. The sitcom about mismatched waitress roomies was co-created by comedy's "it girl" of the moment, Whitney Cummings who has her own new series, Whitney, on competing network NBC (Channel 4) Tuesdays at 9:30.

FOX (Channel 2) is excited about Terra Nova at 8, a big, lush, dangers-in-paradise hour that's a mix of Jurassic Park and Lost and quite different than anything the network has offered before. At 10, NBC is building a drama around The Playboy Club. Obvious questions: Will advertisers support it? Will conservative markets in the South and East air it? Will Hugh Hefner be luckier in TV than he is in love?

TUESDAY: Allen's Last Man Standing at 8 on ABC (Channel 7) is essentially Home Improvement with a better cast (Nancy Travis for Pat Richardson, Hector Elizondo for Earl Hindman) and cute daughters instead of sons. Can his macho-grunt schtick be rebuilt for the 21st century? If it can't, another male-bonding chucklefest, Man Up at 8:30, is certain to go down with it.

The CW (Channel 50) is trumpeting Ringer at 9 featuring not one, but two Gellars! For her Buffy fans, I suppose that's a good thing. It's up against New Girl on FOX, starring Zooey Deschanel, as a quirky-cute airhead who moves in with three guys. It doesn't have the Bones for me, but could fare well sandwiched between Glee and Raising Hope. And Poppy Montgomery (Without a Trace) returns to CBS at 10 with Unforgettable, about a female detective who, like most women, remembers everything.

WEDNESDAY: The big bang is the reunion of Cowell and Paula Abdul on The X Factor at 8, which won't have to do anywhere close to American Idol numbers to make FOX happy. It offers little hope for Mario Lopez's H8R ("Hater") on The CW, a skin-crawly reality show where pseudo-celebs confront their harshest critics, or Up All Night on NBC, Applegate and Will Arnett (Running Wilde) as bleary-eyed new parents. X Factor leads into I Hate My Teenage Daughter with Jaime Pressly at 9:30. You'll wish it didn't.

THURSDAY: Charlie's Angels at 8 on ABC can't possibly create the monumental buzz of the '70s version, but I was willing to give it a chance until I saw Annie Ilonzeh, the first black Angel, having to pose as a hotel maid. This is enlightenment? CBS is high on Person of Interest at 9, a J.J. Abrams production written by Jonathan Nolan (The Dark Knight) and starring Lost alum Michael Emerson and Jim Caviezel. Maria Bello stars in a revamping of Helen Mirren's Prime Suspect at 10 on NBC, a slightly dated procedural that pales in comparison to the original.

FRIDAY: Chuck's move to 8 Fridays on NBC will serve as fantasy lead-in to Grimm at 9, which is, believe it or not, a cop drama at its core.

SATURDAY: Nothing much to say. You know the networks gave up on Saturday nights years ago.

SUNDAY: Huge woes for NBC if the pro football lockout lasts into the regular season, as Sunday Night Football carried the night and the network last year. Once Upon a Time at 8 on ABC is a fairytale set in modern times that hopefully fares better than the fanciful Pushing Up Daisies a few seasons back. Wouldn't it be cool if Once Upon a Time were on opposite Grimm? And Pan Am at 10 on ABC is an ensemble drama kind of like those steamy Airport movies of the '70s. Waiting to see it if will take off.

Goners: Here are the prime-time network series that have been canceled and won't be returning this fall:

Better With You (ABC)

Off the Map (ABC)