Walking dead - My name is Brandon, and I'm a sex addict 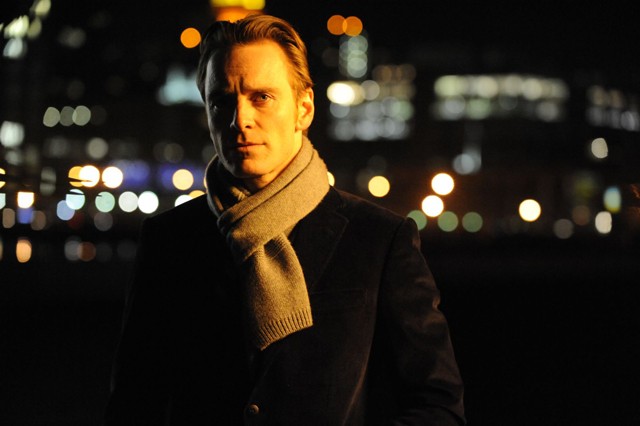 There's a razor-thin line between depicting boredom and inducing it, and the intensely self-conscious and sleekly austere drama Shame comes perilously close to crossing that divide.

Man of the moment Michael Fassbender (Jane Eyre, X-Men First Class) stars as Brandon, a handsome cipher who seems to have sauntered straight from a GQ photo spread and onto Manhattan streets. He works in a drably efficient cubicle farm doing something or other, financial services maybe, and returns to his spacious, sparsely appointed apartment. His sole outside interest appears to be the procession of gorgeous women he escorts to his bedroom each night, occasionally two at a time; though ultimately he's not interested in them. At least American Psycho's Patrick Bateman seemed to enjoy himself.

His lounge-singing, chaotic and flirtatious wreck of a sister, Sissy (Carey Mulligan), is as extroverted as he is taciturn. He tries vainly to avoid her repeated phone calls, but when he comes home to find her in his shower, he somewhat grudgingly lets her stay. It's a move that the buttoned-down, emotionally blunted Brandon soon regrets — in short order she's seduced his married boss, and opened up all sorts of locked doors where he stores deep past traumas.

Mulligan is phenomenal; her breathy, charged rendition of "New York, New York" is worth the admission alone. She radiates warmth, confusion, sensuality and hurt with every glance, and what makes her performance such a doozy is she's not given much material to work with.

Is there some sort of incestuous relationship between brother and sister? Were they abused as children? Possibly both, but the script by director Steve McQueen and Abi Morgan won't spell anything out. Sissy at one point moans, "We're not bad people, we just come from a bad place," but that's all we get. We learn little about the inner life of the lead, no matter how powerfully the dynamic Fassbender tries to pull back the curtain.

Instead of answers we get slate-gray facades and ellipses where personal details should be. McQueen prefers things hollow, and allows us to fill in details. He certainly doesn't skimp on the erotica; the very blunt nudity and raw sexual energy in the almost hypnotic hump scenes, where the camera zooms in on pounding flesh, earned the film an NC-17. Good — this is high-wire filmmaking for grown-ups; yet while Shame is provocative and engrossing, it could have been more adult.