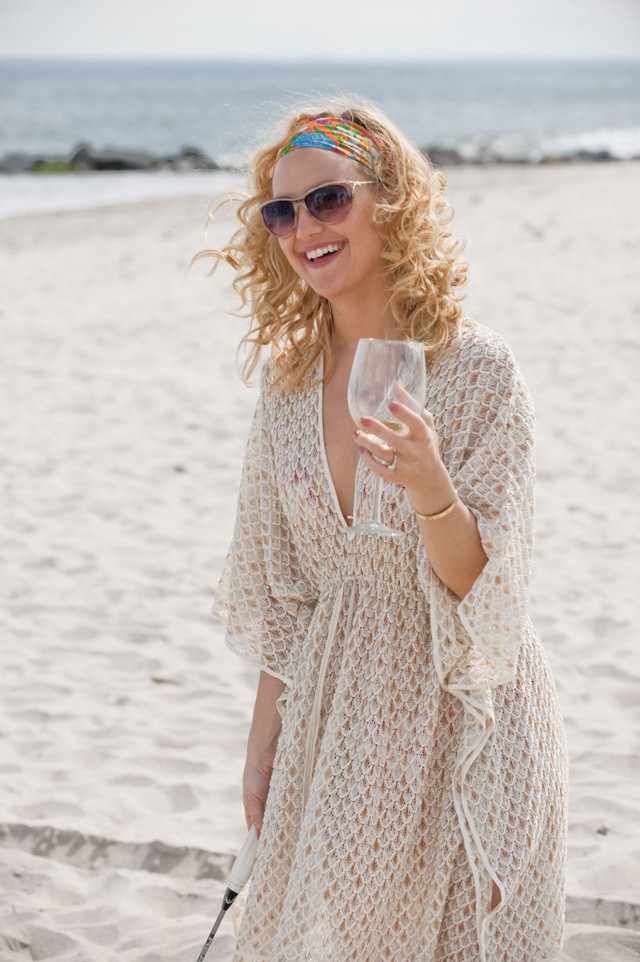 Kate Hudson in a wedding dress is what Burt Reynolds behind a steering wheel used to be; a dependably breezy fusion of star and theme, almost a genre unto itself. Which is all well and good when you're making Smokey and the Bandit, but not so hot when you're making Stroker Ace. This is at least the third time Ms. Hudson has walked down the aisle on screen (not to mention off it), and while she looks lovely as ever in white, this bomb should leave plenty with cold feet.

Something Borrowed was adapted from Emily Griffin's quintessential "beach read," an appropriate tag since the overentitled, undernourished characters spend much of their time lazing about in the Hamptons. A terminally white-bread crew, the filmmakers don't even bother with the court-mandated black friend, or with anyone of color really, though there's a Salt-N-Pepa-driven pajama party dance sequence. Unlikable to their rotten core, this cadre of clean-cut nitwits bed-hop with alacrity, then fret and rant to each other about their various hookups while vainly trying to keep their indiscretions secret.

At the center are lifelong besties, self-centered party girl Darcy (Hudson) and studious nice gal Rachael (Ginnifer Goodwin). Darcy is marrying blandly handsome lawyer Dex (Colin Egglesfield), which rankles Rachel because he's so dang cute, and because she saw him first. Ladies, ladies, why fight over this drip? Dude has all the white-hot charisma of bleached construction paper. Meanwhile, shy, funny pal Ethan (John Krasinski) has been nursing a crush on Rachel since childhood; a revelation easily guessed from the trailers, but which is doled out painfully slowly, then mostly ignored, since the story is paced for multiple installments (Something Blue anyone?).

So who could get caught up in this pap?

Something Borrowed offers wish fulfillment every bit as silly as the royal wedding; a daydream for working stiffs, offering more attractive peers, better clothes and more glamorous real estate. Yet chances are your real friends are smarter, and more interesting and they almost certainly say funnier things.