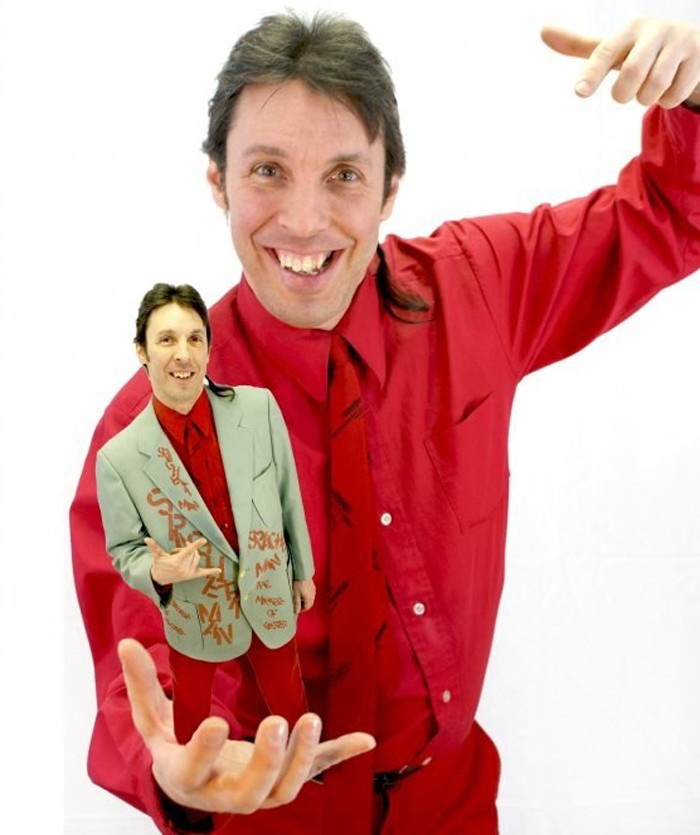 If you’ve attended a festival in the summer anywhere in metro Detroit, from Arts, Beats & Eats to River Days, you’ve probably seen the Spaghetti Man dance his inimitable dance. Hell, if you’ve dropped by such clubs as Boogie Fever (reopening as Twist Night Club later this month) or Luna over the past decade, you’ve probably seen him there too. You see, Spaghetti Man (aka Brian Alsobrooks) just wants to dance, and nobody is going to stop him.

Spaghetti Man does have his own style — that much is undeniable. In his own words, he “flaps around,” arms and legs twisting seemingly of their own accord. In part, it’s a tension reliever. Alsobrooks, 52, lives with and takes care of his mother, who suffers from dementia. The Sterling Heights resident also works as a newspaper deliveryman for The Macomb Daily. When he does get a break, he just wants to let loose.

“One night, I was out, flapping around dancing at a community dance and the neighborhood kids saw me,” Alsobrooks says. “They didn’t know what to call me so they started calling me Spaghetti Man. I was super-skinny at the time, and the name just stuck through all these years.”

With his rat-tail hairstyle, shorts, and personalized “Spaghetti Man” jacket, not to mention those wild moves, Alsobrooks is instantly recognizable. He has, in fact, become something of a local fixture.

“I’m like a hero at Luna and Boogie Fever,” he says. “I’ve been frequenting those places for 10 years now. You could sort of call me the club dancer. All the time, people are coming up and wanting to challenge me, at Boogie Fever especially. I’ve managed to stay on top for many years. I love ’70s and ’80s music. I was once told that I’m stuck in the ’80s.”

When Spaghetti is doing his thing, he’ll usually be greeted with a mixture of shit-eating grins and confused expressions. To some, what he does is bizarre and even a little creepy. He doesn’t care, although a recent attack made him a little wary.

“That was last year, one night leaving the River Days Fest,” he says. “A bunch of kids were partying on the street where I parked my car. They roughed me up pretty good. It was a miracle I got out of there without getting beat worse. I was able to make a break for it. They chased me for half a block or so but then realized they weren’t going to catch me. These little turds are trying to beat me down but, ever since then, I’ve got more publicity than I could ever dream of. If I ever run into these kids again, I ought to hire them as my press agents.”

Alsobrooks is determined not to let the experience dampen his enthusiasm though, and he’s preparing for another summer of festival dancing. “I love music and dancing,” he says. “Some people want to climb mountains to find God. I dance. I’m known as the Master of Faster — the faster the music gets, the more skills I’ve got. I’m not going to let those little punks stop me from doing what I love to do.”