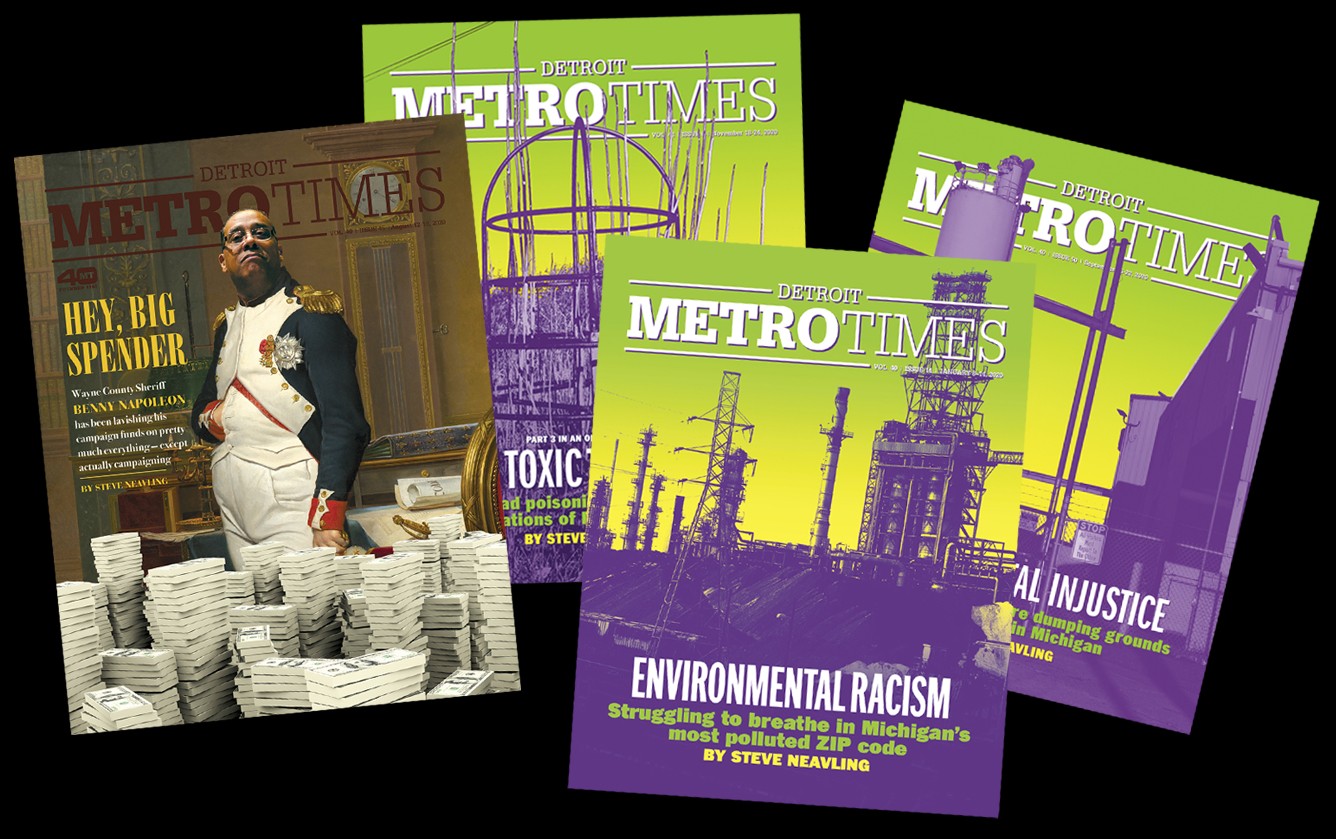 Kudos are in order for Metro Times investigative reporter Steve Neavling, who brought home two awards from the 2020 Excellence in Journalism contest by the Detroit Chapter of the Society of Professional Journalists.

Neavling, a seasoned reporter who joined MT in 2019 after launching his independent website Motor City Muckraker following a stint at the Detroit Free Press, won two awards for four cover stories he worked on in 2020.

Neavling won first place in the category of Environmental Reporting for his series on environmental racism in metro Detroit. The three-part story looked at air quality in Michigan's most polluted ZIP code, communities where people of color live that have become dumping grounds for toxic waste, and how lead poising in Detroit endangers children, among other issues.

U.S. Rep. Rashida Tlaib even cited one of the stories while introducing PFAS cleanup legislation on the House floor, causing the cover art to be displayed on CSPAN. Look, ma, we're on TV!

"Telling this story through this lens, by talking with so many folks who are experiencing the issues firsthand, is a wonderful way to connect with readers and keep them reading," the judges wrote of the series. "The copy flowed well, especially as the hard facts were weaved into it in a way that was easily digestible."

Thanks for making us look good, Steve!