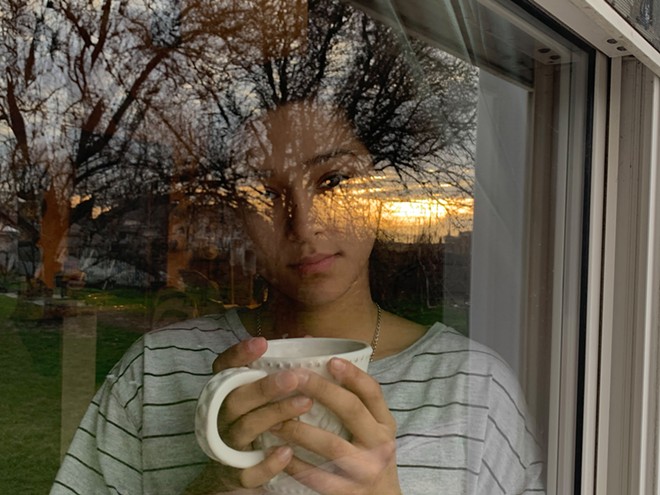 When Romain Blanquart and Khary Mason teamed up to form Capturing Belief in 2016, their mission was to mentor young Detroiters in the art of photography.

Blanquart, a former Freep photographer and a native of France, and Mason, a Detroit native and a DPD homicide detective, saw photography through vastly different lenses. But they both shared a passion for art and a passion for improving the lives of Detroit’s youth.

Last winter, thanks to a grant from the Ford Motor Company Fund, Capturing Belief partnered with another local nonprofit, Inside Southwest Detroit, to launch a real-world photography class for 18 promising young Detroit art students who live in the neighborhoods around Michigan Central Station.

Along with four international art students, they would learn from their eight artist mentors not just photography, but also critical thinking and self-discovery.

Prior to the pandemic, the project involved in-person classroom instruction and field trips to historical sites in Corktown, North Corktown, and Hubbard-Richard. But when the coronavirus forced them into quarantine, it threatened to derail the whole thing.

“After COVID hit,” Mason says, “we had to evolve to a remote curriculum. But instead of scrapping the program, we actually ended up growing it.”

Blanquart and Mason quickly devised a way for their students, including four from Italy, Kenya, and France, to continue to hone their photography skills while documenting life as they knew it in the midst of a global pandemic.

Meeting remotely twice a week for 15 weeks, the students were guided by their mentors through writing prompts and maintained a weekly visual journal, sharing their feelings and their experiences.

“With school being interrupted, it’s been a time of forced isolation, so engagement and support is important,” Blanquart says.

And to help the students process their experience, Blanquart and Mason even brought in a social worker.

“Many of them really needed that support,” Mason says.

After being forced out of their element and into isolation, the project had a new focus and a new name: the Remote Ally Project. Throughout the project, some of the students used real cameras and some of them used smartphones, but every image is a compelling one. 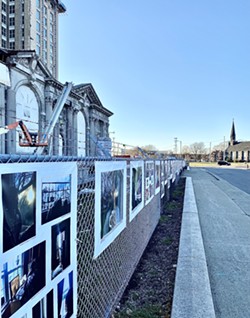 “I started taking pictures on a Canon camera when the project first started,” says Southwest Detroit student photographer Stephanie Ruiz Orozco. “But seeing all of my classmates using their camera phones, I wanted my pictures to be more realistic. So I decided to just shoot on my iPhone for the rest of the project.”

“The camera is not so critical a tool as it is how you use it,” Blanquart says.

By capturing her younger sister Cassandra (above) in a candid moment drinking a cup of coffee at sunrise, Ruiz Orozco, 21, came to realize the power of photography.

“When I look at that picture,” she says, “it makes everything stop in my mind. It takes me to such a calm place, such a warm place. The way she just stares away — it makes me realize that she’s a whole human being who has her own feelings and who has so much ahead of her. She was so annoyed with me taking pictures all day, every day, but I was like, ‘C’mon, just one more picture!”

More than 100 banners of the students’ photography are on display outside the former Michigan Central train station and throughout Corktown’s Roosevelt Park now through January 31.

For more pics, check out the Remote Ally Project on Instagram.