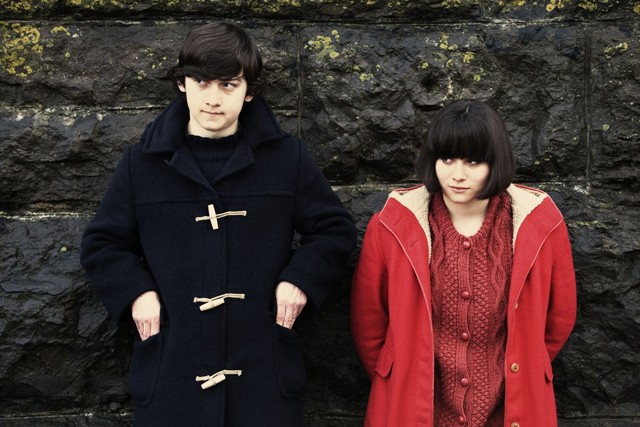 Submarine should quickly become every smart, alienated high schooler's new favorite movie, which is no slight, as most jaundiced adults would do well to reconnect with our pouty, awkward inner teen. Like its hormonal lovers, the movie brims with insecurity, imagination and promise, loaded with the kind of fragile and overpowering feelings that accompany a first kiss.

Based on the Joe Dunthorne novel, filmmaker Richard Ayoade seems to have absorbed Wes Anderson's style on a cellular level, complete with the deadpan snark, melancholy and visual playfulness. Mixtapes are made, firecrackers are tossed, Polaroids are snapped, and all the familiar trappings of indie-movie whimsy are hung out to dry in the soggy Welsh air. At a glance, it seems like nothing more than a copy of lesser Rushmore clones like Rocket Science and Charlie Bartlett, yet Submarine succeeds by being smarter, and, forgive the nautical pun, by diving deeper.

Set in 1986 — for no other reason than to give the appropriate ironic distance to giggle at the haircuts — the film follows the romantic tribulations of 15-year-old Oliver Tate (Craig Roberts), a mopey teen with cinema snob pretensions, moptop hair and hound dog eyes.

Like many of Anderson's protagonists he shares an affinity for making charts and lists, and he's added up the qualities of his crush Jordanna Bevan (Yasmin Paige), a lunchroom temptress with a killer raven black bob like a silent film star, soft lips and a merciless wit, with just a faint case of eczema. She soon accepts his fumbling advances and soon they've cooked up a list of rules for their nascent relationship: 1) No pet names 2) No handholding 3) No emotions!

This stingy conduct code could be transposed on Oliver's parents, as their marriage has gone flavorless, like overchewed gum.

Lloyd (Noah Taylor) is a marine biologist, as clammy and spineless as the octopi he studies, and Jill (Sally Hawkins) is a prim secretary who once dreamed of acting. Those submerged feelings are awakened when her flashy, sexed-up old flame rolls into town in his airbrushed van, preaching the power of positive thinking. I wish Paddy Considine's mullet-headed, crystal-rubbing phony seemed less like a sketch comedy parody, but his fake karate moves and endless stream of self-help blather are a solid source of giggles. Introverted Oliver faces a crisis on all fronts, rekindling his parents' dying embers, and managing his own mercurial brush fire of first love.

Submarine isn't perfect; it's more precious than a basketful of puppies, favors extravagant gestures and shows all the earmarks of a rookie filmmaker without the seasoning to rein in his abundant talent. But this is the kind of movie with the power to make us fall foolishly, hopelessly in love with it, even if deep down we understand, as Oliver's mum sagely advises: "None of this will matter when you're older." Just as well, we will have to embrace it even harder while we can.