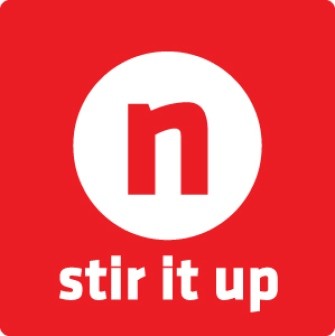 There are many layers to the problems Detroiters are trying to overcome. The issue of the emergency financial manager has been dominating the headlines and emotions of many the past few weeks. We’ve argued about Belle Isle and consent agreements and wondered who is willing to run for mayor while the shadow of Gov. Rick Snyder looms over the city. Folks are fighting about the schools and the water department and transportation.

All of those are important things to get a handle on, but there is one issue that will undermine all of those efforts if it’s not brought under control: crime. Crime is what has driven many of the middle-class black people out of Detroit the past few decades, let alone any other ethnicity. No matter who is in charge of what, if people don’t feel safe they will continue to leave the city in droves.

Crime fighting in Detroit will take an interesting new twist in a couple of months — at least when it comes to violent crime and gangs. Detroit Ceasefire, funded by a $1.5 million federal grant for the next three years and administered through the Youth Violence Prevention Initiative (YVPI), is going to kick off.

“It’s a number of things that drive youth violence, I think,” says former deputy mayor of Detroit Saul Green, who chairs the Detroit Youth Violence Prevention Steering Committee. “The fact that many young people are very disconnected. One of the things that we looked at when we brought the Youth Violence Prevention Initiative together is issues of parenting and young people having adult figures in their lives that they can turn to for guidance and caring. Without that type of framework, young people are much more prone to do the things we’re seeing done out here. We’re concerned that young people don’t have enough constructive things to do. One of the components we work heavily at is providing jobs during the summer. There are training issues so they’re prepared to work. There are a number of issues, but the lives that a lot of our young people live are very stark.”

Ceasefire is a program that was first implemented in Boston in 1996 and documented in the book Don’t Shoot by David M. Kennedy. According to the book the program resulted in “a 63 percent reduction in homicide victimization among those aged 24 and under, and a 50 percent reduction in homicide among all age groups citywide” between May 1996 and the end of 1998. It was referred to as the Boston miracle. It would indeed seem miraculous if we could get that kind of homicide reduction in Detroit.

“We plan to make a significant inroad, but I’m not prepared to give a number at this time,” Green says.

Ceasefire has since been tweaked and implemented in cities such as Chicago, Cincinnati, Minneapolis, Stockton, Calif., and others with success. They tried it in Baltimore, but local politics and lack of buy-in from law enforcement agencies screwed it up. Now it’s coming to Detroit as part of an array of strategies the YVPI is working. Detroit Ceasefire will begin in the 48205 ZIP code area on the east side — one of the city’s highest crime areas. The way Ceasefire is supposed to work is you start in your worst area and build out from there.

Here’s how the Boston initiative worked, according to Don’t Shoot.

Police started by identifying the individuals most responsible for the city’s violent crimes. That wasn’t hard. Most of them had records and were on probation. Crime data was used to figure out who the worst offenders were, and where most crime was occurring. The idea was that most of the violence was being done by a few individuals. In a crew of, say, 20 people, there were really just one or two real badasses. The rest tend to be a bunch of scared people going along with the crowd for protection.

Next, police put the squeeze on. In Boston, they swarmed the target areas, serving warrants on offenders, shutting down drug markets, enforcing parole restrictions, even pursuing curfew violators. So far this is nothing new. Gangbangers know about the squeeze and know that if they just lay low for a little while it will end and they can go back to doing what they were doing.

Here’s the new part. It sounds too simple to be true, but it worked. They held a meeting and invited all the badasses they had identified. Parole officers made it mandatory for their clients, but others were invited and many of them actually came. At the meeting, officials explained to them that they wanted the violence to end. If the violence didn’t end, the squeeze would get worse. And because the squeeze was surgically targeting a small population, they would be able to continue it. On top of that the meeting had representatives from local, state and federal agencies.

There were ATF and DEA agents and a federal attorney. They said that any violations would be prosecuted at the highest level that they could take it to. They already had an example of a three-time felon who had been caught with a single bullet. He’d been sent to federal prison for 19 years with no possibility of parole. Previously he’d served only two years of a 20-year sentence in state prison, and one year of a 10-year sentence. Those days were over.

There were parents and ministers and victims at the meeting. They spoke about what the gangbangers were doing to the community. There were representatives from social agencies offering substance abuse programs to help anyone who wanted it, and folks from job training groups were there too. It was a community-wide forum aimed at stopping the violence.

“When you leave here, we’re going after the first gang that kills someone after this meeting,” wrote Kennedy of the message given to the gang members. “You see one of your boys picking up a gun, tell him to put it down.”

It worked. And when a gang did buck the advice, they were taken down — 15 were arrested on federal warrants and another eight on state charges. Even though folks were given a chance to change, there were real teeth behind the threats.

Something like that meeting is going to take place in Detroit in a couple of months.

“We’re trying to prepare for a call-in within the next 60 days,” says Green, a former U.S. attorney. “It is collaborative, with law enforcement, it’s highly data driven and relies heavily on the moral voice of the community. We’ve had people trained to pull the components of this together. … The message is violence has to stop, and if you don’t stop there will be strong consequences. If you want to stop there will be service providers. The overall message will be: Whether you take us up on this offer of help or not, you have to stop the violence and shooting.”

The rest of the crime — drug dealing, robberies, etc. — won’t be the focus of Detroit Ceasefire. Other law enforcement will deal with that. The ceasefire initiative surgically aimed at violence. For instance, it’s been pretty well established that the actual rate of drug use is about the same in cities and suburbs. But violence is higher in the city. Take away the violence and you’ve gone a long way toward evening the playing field. And changing people’s perspective on where they can safely live.

I think we’re all pretty much ready for a ceasefire.

Larry Gabriel is a musician, writer and former Metro Times editor. Contact him at letters@metrotimes.com.