The people who died, 2018: Ted Dabney, electronics engineer and co-founder of Atari 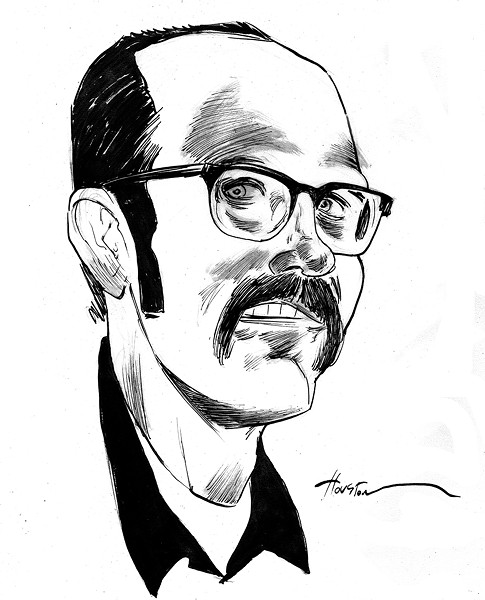 In the beginning was a word. And the word was pizza.

Pizza parlors, to be exact — the ones lit by the blinking screens of arcade cabinets and populated by animatronic critters. In the mid-1960s, such establishments only existed in ambitious schemes cooked up by Ted Dabney and Nolan Bushnell, two friends then employed as engineers by California-based electronics company Ampex.

Dabney agreed to join Bushnell in his business venture, which combined the former's technological and electronics expertise (gained in the '50s at the Navy's electronics school on Treasure Island in the San Francisco Bay) with the latter's unbridled creativity and experience working as a carnival barker during college.

Unsurprisingly, the duo's initial efforts failed to bear the intended fruit (or dough, for that matter), but they did mark the genesis of electronic gaming as a cultural institution. What started out as a far-fetched dream would soon become a household name: Atari.

At the time, coin-operated arcade cabinets were largely analog machines: pinball, fortune tellers, skee-ball. Dabney and Bushnell were intent on replicating the mechanical complexity of these games first on a computer, and later on a television set. Programming and buying computers was cost-prohibitive, so Dabney — inspired by how a TV set's vertical and horizontal controls move the picture back and forth — devised a way to move digital shapes across a screen using a universal platform that was cheaper to build and easier to manage and store.

"Ted came up with the breakthrough idea that got rid of the computer so you didn't have to have a computer to make the game work," one of Atari's first employees, Allan Alcorn, told The New York Times in June. "It created the industry."

The sci-fi themed game netted Dabney and Bushnell enough royalties to found their own company, first called Syzygy and quickly renamed Atari. The company broke into the mainstream in 1972 with the release of Pong, a simplified departure from Computer Space that simulated table tennis with two lines and a dot. By the end of 1974, Atari sold more than 8,000 units of the game at $937 a pop.

Unfortunately, Dabney reaped a much smaller reward than his partner. He learned that Bushnell had applied for a patent without his consent, submitting Dabney's designs under his own name. Bushnell's charisma pushed Dabney to a lower rung of Atari, leaving him frustrated enough to sell his ownership for $250,000 in 1973.

Disillusioned by the perils of success, Dabney largely bowed out of the industry. In the meantime, Bushnell pushed Atari into living rooms with a series of video consoles. In the late '70s, Bushnell enlisted Dabney to help develop a new venture — a restaurant-slash-arcade called Pizza Time, later renamed Chuck E. Cheese's. After further disputes split the pair up again, Dabney retreated from the entertainment industry for good.

Dabney died of esophageal cancer on May 26.