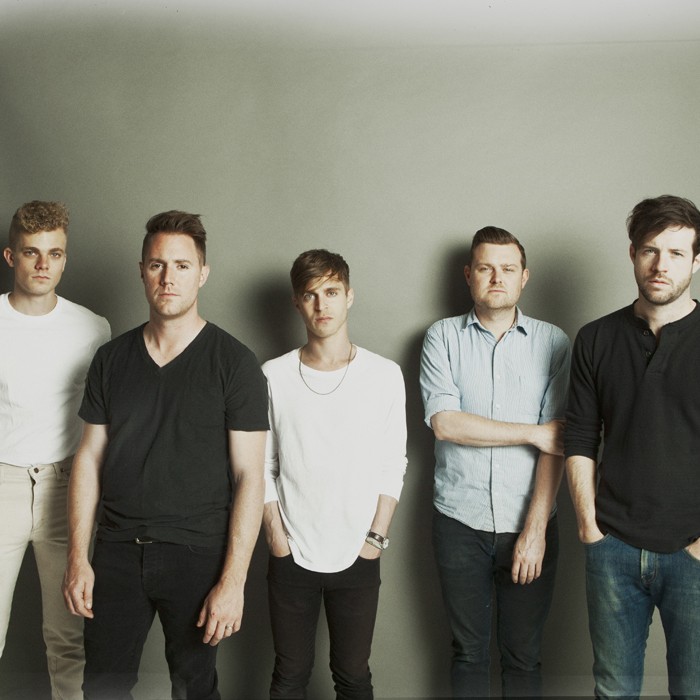 The third time is always the charm when it comes to getting a musician on the phone for an interview, or so they say, and this cliché rings true when we dial up Wild Cub lead singer Keegan DeWitt for our 11:30 a.m. interview last week. But when he answers the phone, he’s bright, ready to chat, and full of semi-long-winded answers that go above and beyond anything we ask.

Having formed just two years ago, Wild Cub is an indie band still in its infancy. Earlier this year, they released their first album, Youth, led by “Thunder Clatter” and “Colour,” jangling, catchy, semi-sweet songs that don’t wholly jibe with the rest of the album. Filled out with slower, less hook-laden tunes, Youth is sort of two-faced, like it has multiple personalities.

Of course, those catchy songs are surely necessary for a new band looking to garner a fan base, and DeWitt says he won’t shy away from writing songs similar to “Thunder Clatter” in the future.  But whatever he writes will focus on what he calls “the small moments.”

“What’s really exciting for me is that so much popular music right now is literally about tonight. ‘Tonight we’re gonna do this. Tonight is going to be a night like no other night. Tonight we’re going to be our perfect selves.’ And it’s all distilled into this one moment. For me, I feel like what if it’s the exact inverse of that,” DeWitt says. “When I was growing up and starting to forge relationships, sometimes sitting next to someone and not saying anything at all could be way more impactful and a lot larger emotionally than a single night where you’re out at a dance club and you see the person across the room.”

Now married with a baby, DeWitt will be experiencing fewer of those “person across the room” moments, and he’ll be delving deeper to create lyrics to match the new wave, electro pop songs crafted by Wild Cub. While the lack of emotional turmoil served shortly as a problem, he says he’s overcoming the doldrums of domestic happiness, finding new ways to tackle emotional songwriting.

“So much of my writing is about desire or things that are just outside of your reach. And for me, I wanted to meet someone to share my life with and have a family, so now, having that, it suddenly pulled the rug out from under me, and now, what’s next?” DeWitt asks. “And you don’t want to become Paul Simon and start writing about Cheerios or something like that. So how do you go deeper and go to a more interesting place? It’s cool because you start taking it to more subtle stuff. I had two months that I was really wondering what the hell I was going to write about. I feel like literature is a great place where there’s a lot of coverage in terms of figuring out mid-adulthood.”

While Youth was crafted by capitalizing on moments in DeWitt’s life that came before marriage and a baby (in fact, “Thunder Clatter” is about meeting his wife), a second album will focus on contemplating the post-teenage, pre-midlife.

Already in the process of writing a second album, DeWitt says about half the songs are done, and he didn’t just stick to reading in his search for material. Instead, he looked to movies and filmmakers too.

“For me, a big formative artistic moment was discovering [Michelangelo] Antonioni,” he says. “The seminal piece of his career is L’Avventura, where the first 20 minutes are about a couple on vacation, and one of the girls goes missing and no one can find her and, by minute 40, they’ve just given up trying to find her and the whole point of the movie is about following these two people as they drive around theoretically looking for her. That was a big moment for me, finding the idea that you can say, ‘Actually, this movie isn’t going to be about that big moment, it’s not going to have this narrative undercurrent. Instead, it’s going to be about what organically is happening between these two people.’”

Performing at Mo Pop Music Festival on Saturday, July 12, Wild Cub will have a go at retaining the attention of an audience with two songs that serve to enrapture listeners and 13 others that, while beautiful and meaningful, can fall rather flat on an audience that’s keyed up for a tonight’s-the-night performance.

“This is one of my old-man-screaming-at-the-wind rants,” DeWitt says, prefacing his answer. “It represents something fundamentally wrong with how people experience music. It’s exceptionally difficult to play any song that’s not full speed, full intensity, full volume. We really have to work. And even then you’re still fighting that 80 percent of people that go to music festivals are fucked up out of their minds on drugs. So, that’s really the problem.”

We can’t wait to see how they tackle it.