The best films of 2019 were offbeat, intimate 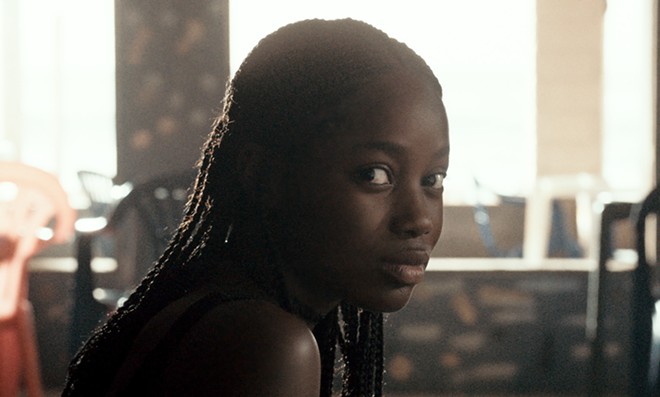 This year I felt drawn less to spotless, unimpeachable works than I did offbeat, personally inflected ones — few of these choices feel perfected or staid. Even 2019’s awards favorites (Parasite, Once Upon a Time... in Hollywood, Marriage Story) read to me as somewhat intimate, works not shy about showcasing a point of view. Like these, the works that follow tend to own their makers’ fixations and imperfections — often going a step further and treating anxieties, concerns, and aesthetic kinks as their primary reason for being.

I believe less in masterpieces than I probably ever have, and embrace here a sense of character and surprise (rather than, say, ambition) as the best potential reason for a work to come to life. In other words, my list reflects not just the limits of my knowledge but the slant of my own biases. As should always be implicit with these sorts of things, I speak only for myself.

The Souvenir: (Joanna Hogg) A romance that knows its own perils, Hogg's coming-of-age tale is made fresh with the care and imagination of its staging and design, as well as its careful observation of the limits of its protagonist. Finding Honor Swinton Byrne’s Julie cursed by both her lover’s hungers and his charms, The Souvenir’s classical air manages to both bely and enhance the emotional turmoil it conceals.

The Irishman: (Martin Scorsese) An uncommonly sober Scorsese matches style perfectly to subject, a sorry tale of old men lashing at the void. Structured by absences — of love, women, consideration, and (for much of its span) remorse — the film sees with patient empathy what its characters cannot: that a life lived in isolation isn't one at all.

First Love: (Takashi Miike) Unrelenting in expressive gesture, First Love enacts, undercuts, and revivifies cliche: hearts of gold, vengeful yakuza, and a downbeat boxer beat against each other in a wild, drugged-out, and totally indulgent ride that feels high off of itself. By nature flawed and quite unruly, it hits a jagged peak by embracing its own glib self; a blockbuster for the ages.

Little Women: (Greta Gerwig) A story I have no attachment to on its own merits, Gerwig’s direction makes for a master class in dialogic pacing, filmic rhythm, and lively, barely-moderated performance. As free a work as one can do this carefully, its forthright nature and sincere openness gesture toward a better way to live.

Atlantics: (Mati Diop) Images of water, sun, heat, and dust saturate Diop’s direction in this romance, ghost story, and a parable of modern labor — scored and shot through with a sense of firm defiance and quiet, durable rage. With its honed but shaggy surreality, its emotionally forward stance, and its embrace of strongly reactive, seething femininity, Diop’s film raises the sorts of questions that are guaranteed to last.

Uncut Gems: (Josh and Benny Safdie) Manic, unproductive chaos gives way to more of the same in the newest from the Safdie Bros. Tracking Adam Sandler’s diamond district hustler as essentially a gambling addict trolling for a new fix, the film’s a frantic vision fueled by his uneasy, desperate ego —undercut at all times by a world that gleefully punches back.

End of the Century: (Lucio Castro) With virtues that sometimes feel accidental, Castro’s unassuming feature debut captures more about time, memory, and romance as they structure life than it seems to have a right to. Documenting the thoughts and conversation over a chance encounter between two men, the film grapples with personal history at a credible, considerable level of emotional weight.


The Lighthouse: (Robert Eggers) Likewise concerning a meeting between two men — though here in despairing isolation — Eggers’ film works less as allegory (or even story) than it does as a procession of textures: of wild dialect, transporting accents, frantic performances, and finely woven shadows and light. Catching Robert Pattinson and Willem Dafoe at uniquely high summits for which the film makes a terrific amount of space, its air of eager competition befits a director clashing against both his predecessors and himself.

Pain and Glory: (Pedro Almodovar) Rendering the textures of his own life a kind of fetish, Almodovar casts Antonio Banderas as a stand-in so he can pick at his own scabs. As a famed, late-period director struggling to move forward through physical ailments, addiction, and anxieties stoked by his own career, Pain will be familiar to anyone ever caught in a state of psychic paralysis; a naked work in essence, it’s productively itself.

Honorable Mentions: Climax, Her Smell, Amazing Grace, Marriage Story, Once Upon a Time… in Hollywood.