Fox News has a #MeToo reckoning in ‘Bombshell’ 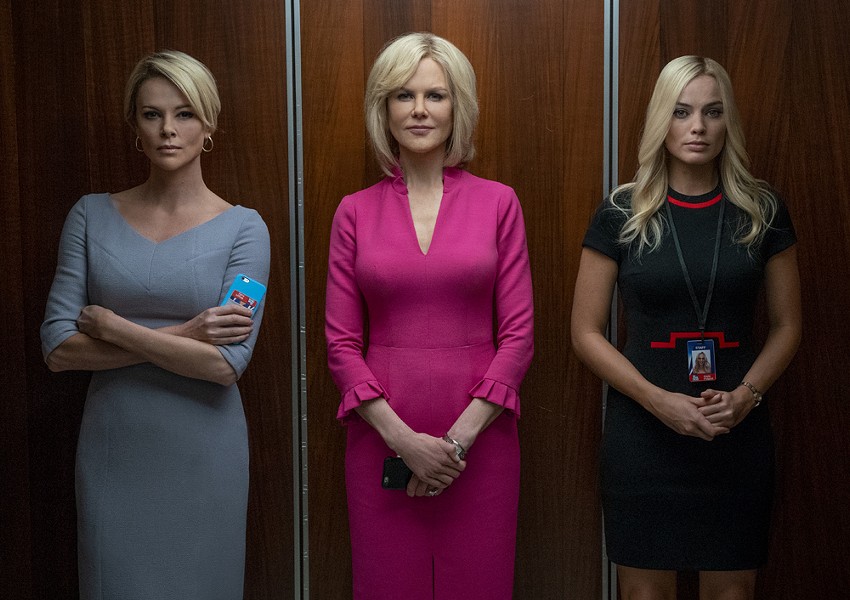 Of all the institutions rocked by the reverberations of the #MeToo movement, few seemed as resistant to change, or in more desperate need of a shakeup, than Fox News. It was there, in the bowels of basic cable, that Aussie tabloid tycoon Rupert Murdoch built an alternate universe from which to counter the grim truths of our reality, and offer a conservative cosmos instead. It was a place that didn't just embrace traditional gender roles, but celebrated and evangelized for them. From the beginning, the mission at Fox News was to "frighten and titillate," to simultaneously adopt a prudish posture while peddling sex. At Fox, no headline was too salacious, no female reporter too blonde, no stiletto heels too tall, and no skirt too short.

This entertaining and occasionally questionable movie strives to re-create the moment when the calcified, retro sexist culture of conservative media collided with a tidal wave of modernity, and examines the casualties left in that wake. Set deep inside the noxious ziggurat that is the News Corp. headquarters, Bombshell is meant to be a taut corporate thriller, but it plays more like a farce due to both the absurdity of all the heated neocon rhetoric and the buffoonish personas of various Fox personalities. It's impossible, for instance, to take a clown like Geraldo Rivera seriously, with his '70s mustache and caveman machismo, but he along with his blustery male cohorts like Sean Hannity and Bill O'Reilly are merely sideshows here; this is a story about the women of Fox and how they became highly unlikely champions for equality.

The focal point of the story is Charlize Theron's startlingly accurate turn as anchor Megyn Kelly, the prototypical icy blonde news goddess that helped fuel Fox's ratings dominance. Kelly, a person of steel will and the capacity to compartmentalize the personal and professional, happily toiled in the conservative dungeon, and greatly benefited from the system — that is, until she dared to attempt a modest amount of journalistic honesty. While moderating a 2015 GOP debate, Kelly aimed pointed and reasonable questions at presidential candidate Donald Trump about his well-documented infidelities, only to be met with an onslaught of hostility from not just the frontrunner, but his supporters, the audience, and her own colleagues. The unflappable Kelly is stunned by the frosty reception she receives from her officemates, but when another female co-worker speaks out, she does not rush to her defense. Nicole Kidman, laboring under a prominent plastic chin prosthetic, plays beauty-queen-turned-loyal-prop Gretchen Carlson, who only opens up about the years of sexual harassment she endured when she's ousted from her plum seat on the breakfast time gabfest Fox & Friends. Though they don't see each other as allies, Carlson and Kelly shared the same abuser in the repellent form of Roger Ailes (John Lithgow), the immensely influential and feared boss of the network.

The crafty and malignant Ailes was the grand wizard that transformed the perpetually awkward Richard Nixon's media campaign by tapping into the power of television to reshape the candidate's image and stir the fears of his base. Ailes would eventually employ that same strategy as the architect of Fox, building a toxic empire that doesn't just report the news, but reshapes it to its will. Ailes, known as "The Legman," dictated not only the editorial tone, but micromanaged every aspect of the on-air presentation, taking particular interest in the wardrobes, makeup, and undergarments of the female anchors. This coercion extended to sexual acts, which allegedly included several of his employees, ranging from green interns to his most seasoned talent.

Director Jay Roach keeps Bombshell as breezy and fun as he can — until the full weight of the corrosive, soul-destroying impact of the sexually degrading culture, and the paranoia it encouraged, becomes clear. The big problem is that no matter how mightily the performers and the talented cast work to humanize the leads, it's hard to see them as heroic, and not complicit in the ugliness around them. Ultimately, it's difficult to find the soul in a machine like Kelly, who consented to the role she was tasked with for years, and profited greatly, while others around her suffered. Only when the system they served turns against them do they come to grudging acceptance of a larger responsibility. Ironically, for as well as the movie nails real-life figures, the most effective voice is the composite character played by Margot Robbie. She stands in for all the various young, beautiful women who were victimized by Ailes and others, but didn't get the spotlight or golden parachutes of the primetime stars.