'The Booksellers' dives into the eccentric world of rare book collectors 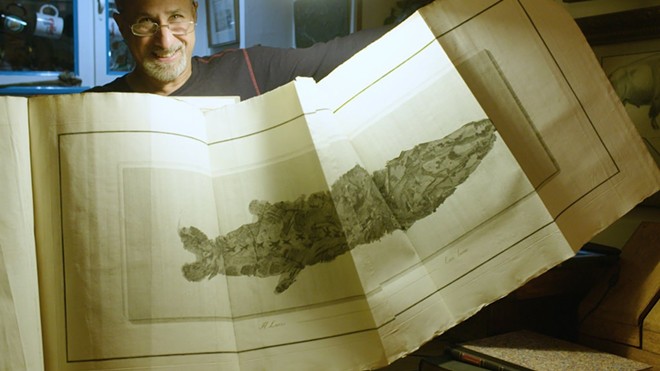 The Booksellers is currently streaming online as part of Film Lab's Virtual Cinema series on VOD. Tickets can be purchased here.

Filmmakers have always struggled when it comes to addressing books. Whether rendered as objects, texts, preoccupations, or works of art, their selling points are largely tactile or cognitive, sensory or internal — working directly in realms it’s hard for film and video to capture. Acts of reading and writing are likewise challenging to convey in their true first-person nature, forcing the use of cornball voiceover, often rendered in longing pans over bookshelves or pens scrawling fitfully over lamplit desks. The plainest way of translating the experience of reading is often done with too much grandeur — which is to simply put text on the screen and invite audiences to read. Most all these efforts, which at least gesture at the experience of interacting with a book, are better than what often happens: the reduction of prose and books onscreen, as in something like Interstellar, to a vague roux of nostalgic sentiment.

D.W. Young’s 2019 documentary The Booksellers isn’t above monologues, loving pans, or intimations of nostalgia. Rendering books at times as a bit of a fetish in much the way Instagram might, it has the benefit of swimming around in — if not deeply examining — a particular New York milieu: typically a recipe for success. (Case in point: Uncut Gems.) Taking on a segmented structure, broken up by literary quotations framed in old-timey title cards — often with soft instrumental jazz — it catches book lovers of various stripes talking about the things they love, putting them on display as much as anything they have to say.

Despite the title’s implication, The Booksellers looks not just at book retailers or rare book collectors, but at a range of people who advocate for the form in print itself. These include archivists, writers, collectors, auctioneers of prized books, and longtime booksellers and celebrity writers like Susan Orlean and Fran Leibowitz, whose offhand kvetching towers miles above the take-filled labors of most current opinion writers. While this structure of gliding swerves along a theme gives The Booksellers some energy and structure, it’s hard to say these figures should really share a single canvas, stretched over the notion of “books” comprising a single subject.

While broadly addressing the range of cultures and characters that surround books, what The Booksellers winds up becoming, perhaps unwittingly, is a film about notions of value. Showing avid writers, readers, and collectors discussing what they respectively mine, promote, or cherish — often in patterns that could be applied to the same object — gives some glimpse into the hierarchies that govern our lives. For many of the waistcoated book retailers and collectors spread throughout the film, books are a material comfort absorbed through immersion, then osmosis; their presence alone proves grounding. For the rare book dealers — with whom they overlap — books provide both investment and social capital, though the high-minded notion that each contains knowledge enriches one’s sense of fulfilling a kind of mission. For the writers and many of the younger subjects onscreen, books seem more clearly things a person could read.

These perspectives seem more than opinions; they transform the object of their gaze. If the same copy of Dubliners is seen as a potential fortune to one buyer and a vector of culture and expression by another, are they really looking at the same thing? Like the “art market” Leibowitz bemoans, those dealing in books like they’re high-value paintings or stocks seem to be doing something separate from expressing a more familiar, pedestrian love of books as things to take in or share. With little pushback, the subjects of Young’s film demur on this, attempting to blur the lines between pursuing a passion project and making a series of calculated fiscal investments. (For the record, many things — like houses — can be both.) For some, the right book sighted at auction will exert a gravitational pull, obliterating spending limits and prior plans; one seller claims he’d go hungry for weeks to get hold of the right book.

While this hazy, shifting quality lets The Booksellers feel lighter on its feet, it also makes its inquiries seem insufficiently honed. Were it to focus on a single milieu — auctioneers or well-to-do book dealers, for instance — the film might lose the sparky but surface-level appeal it garners by incorporating a range of speakers beyond the expected elderly white codgers. But it could gain a sense of rhetorical depth in doing so, exposing its subjects (nearly all white anyway, many well-to-do) and explore what shapes them less flatteringly, examining the ways nostalgia, privilege, and individual background shape culture. As it stands, these pieces are captured and presented but never properly interrogated. Its sympathies align, tellingly, with subjects who treasure books as objects and adornments first; in distant second come their contents.