Bourne again — The franchise lives on, but misses much of what made it great 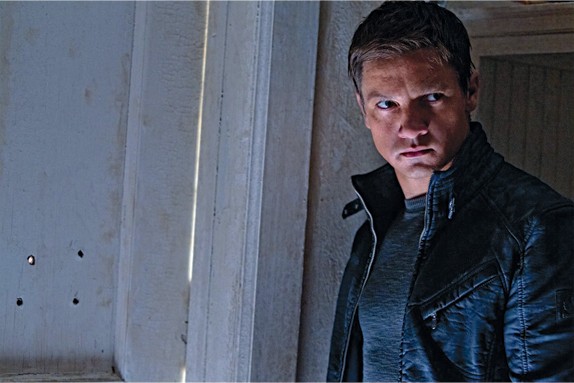 The Bourne Legacy| B-

You don't leave nearly a billion dollars on the table, even if Matt Damon and director Paul Greengrass (Bourne Supremacy, Bourne Ultimatum) refuse to return for another installment of your highly lucrative action trilogy.

The Bourne Legacy is less a reboot and more a sequel to the original franchise, putting the co-writer of the first three films, Tony Gilroy (Michael Clayton, Duplicity), in the director's chair. While the results are mostly entertaining, this is the weakest and least thrilling addition to the Bourne series.

Running in parallel to the original movies, Legacy focuses on CIA agent Eric Byer's (Edward Norton) attempt to shut down the government's secret Outcome program — a chemical-based offshoot of the process that created Jason Bourne — by killing its key scientists and all the super agents it produced. He's forced to do this, of course, because Bourne has made public the agency's diabolical Treadstone program. One of the agents slated for execution is Aaron Cross (Jeremy Renner), who survives the attempt on his life and then fakes his death. This buys him enough time to track down biochemist Dr. Marta Shearing (Rachel Weisz, underused but engaging) and enlist her aid in getting him the drugs he desperately needs to keep his abilities. Unfortunately, Shearing is targeted for termination as well. This sets off a globetrotting game of cat and mouse.

Gilroy's clever attempt to interconnect Cross' situation with the events of the previous Bourne films is a double-edged sword. While Jason Bourne's actions effectively drive and contextualize Legacy's complicated narrative, they also serve as a reminder of how much better the first three films were.

Part of the problem is that Gilroy hasn't found a hook that is as strong as Matt Damon's desire to recover his identity and come to grips with the man he once was. Bourne's amnesia turned him into a blank slate who not only sought the truth about his past but was thereby allowed to achieve redemption. Furthermore, the revelation that the United States government turned Damon's all-American boy into a cold-blooded assassin (via psychological manipulation that included waterboarding, no less), allowed Greengrass to infuse the film with some post-9/11 righteousness. This turned an already ambitious thriller into something timely and relevant.

Renner's Cross, in contrast, has no such moral mission. His goal is simply to survive. There's some fleeting promise in his Flowers for Algernon reliance on quickly diminishing pills to keep him mentally acute, but Gilroy fumbles the conceit by solving the problem soon after introducing it. Similarly, a scene where Weisz is forced to defend the ethical compromises she's made to pursue her science is never developed beyond an unrevealing shouting match.

More problematic is how blank a protagonist Cross is. Renner, who doesn't have the sympathetic magnetism of Damon, is certainly a fine actor and capable of whatever Gilroy throws at him. Unfortunately, that's not very much. As much as Jason Bourne was a cipher to himself, Cross is a cipher to us. Gilroy doesn't seem to know how to capitalize on Renner's darker, more menacing persona. The actor brings great energy and intensity to his role, but none of that is exploited or integrated within the story. Instead, Gilroy has him repeatedly rescue Weisz from run-of-the-mill agents, cops and security guards.

None of these shortcomings are particularly tragic; the movie has enough energy and velocity to keep us invested, but taken together they reveal The Bourne Legacy's rickety foundation.

Where Gilroy seems most comfortable is in the muted offices of the CIA, where talented character actors in ties tersely throw jargon at one another as they plot their nefarious deeds. Though these scenes go far too long (the movie runs 135 minutes), they crackle with conspiratorial threat, fueling Legacy's paranoid atmosphere.

Gilroy's ability to handle fight and flight sequences, however, is another story. While the gun battles are blandly competent, his action centerpiece (the movie's only one) is a third-act foot and motorcycle chase through Manila that borders on cinematic incoherence. Elaborately staged and nearly 20 minutes long, you can see what Gilroy's trying to do, but he just doesn't have the skill to pull it off. With jittery whip pans, too-close frame compositions, and a colorless adversary, the sequence fails to build momentum, geography or tension. It's a chaotic mess. (Gilroy similarly botches an early confrontation between Cross and an Alaskan timber wolf).

Compare this to Greengrass' bold decision to shoot his action scenes so that they were viscerally felt more than observed. While some complained about his fast-edit, hand-held approach, the action was both kinetic and ferocious, with just enough craft to make clear what was happening to whom.

As The Bourne Legacy races for the finish line, Gilroy leads you to believe that everything will come together in a dramatic climax. But then, strangely, the film just ends. It's a deflation that leaves you dissatisfied — and almost certain that another Bourne sequel is slated for production. Hopefully, it'll be good enough to step out of Damon and company's very large shadow.