The chill of the game 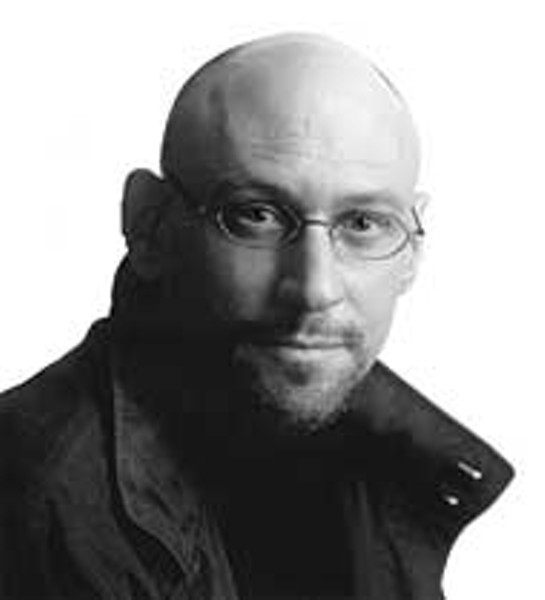 Contrary to what Nike would like us to believe, far more people watch rather than actually play sports. So what exactly are we armchair superstars watching?

David Shields has a pretty good idea, at least when it comes to basketball. In his new book, Black Planet: Facing Race During an NBA Season (Crown Publications, $20, 224 pp.), he presents the theory that the NBA is a tightly controlled spectacle that gives black athletes an opportunity to achieve material wealth and flaunt their physical prowess, while allowing whites to objectify them however they please.

Metro Times: Originally you wanted to have full press access to the team but that was scuttled. Looking back, how do you think Black Planet might have been helped or hindered by having that access?

David Shields: I think it's the best thing that could have happened to the book ... if I had had access, the book would have reflected how I was treated kindly or curtly by this or that person, whereas with virtually no access I was forced back on my own resources — even imaginative resources. The resulting book is much more interesting than that other book would have been, I'm now convinced; though at the time of course I was disappointed.

MT: Let me give you a new subtitle for the book. Black Planet: A White Man's Search for Cool. What's your vibe on that one?

Shields: That's the core of the book. A white man who's not cool but is cool enough to know he should be cool.

MT: What's your perspective on the symbolic role of white players in the NBA?

Shields: In them is gathered the reverb of a racist society cordoning off one arena in which the people it has oppressed will succeed. How much of this do they recognize? How do they feel about this? I don't know. I do know that when white players make an intentional foul, they always do so more gingerly than their black counterparts do.

MT: What about coach George Karl? He comes across as this hard-bitten gentleman caught between a rock and hard place of vulgarity, namely, the fans and the players. It's as if Noel Coward had signed on to personally handle Snoop Doggy Dogg. At the same time, he moves betwixt and between these two worlds and is recognized as such by fans and players alike. What were your feelings for Karl?

Shields: If I had been writing a novel — maybe I was? — I couldn't have invented a more perfect character to form the third leg of the triangle between me and Gary Payton. Karl is in a way a sort of disgruntled doppelgänger for myself; I strive throughout the book not to give in to his exhausted liberalism or liberal exhaustion. And yet I try to be honest about how frequently I do identify with his irritability. Essentially he is a sympathetic human being — flawed, egotistical, transparently vulnerable, intelligent, contemplative. It took very little imagination for me to see my way into Karl's vision; it took much more for me to see my way into Payton's vision, and that was the challenge.

MT: The black players on the Sonics seem terribly enamored of hip hop. Do you see this infatuation as their own attempt at a "cool" beyond the court, beyond whites or what?

Shields: The music on the PA system was Garth Brooks. When the players came onto the court for their pregame warm-ups, it changed abruptly to Snoop Doggy Dogg (Payton's rap god). Another time, Steve Scheffler — benchwarmer, white, conservative, religious — said, "What's all this alternative stuff (Nirvana, Pearl Jam, Soundgarden) they play on the PA system? They classify this stuff as music? If we had country, I think the fans would be rockin'."

MT: Throughout your (book's) discussion of talk radio and (fans') Internet chats, you provide asides about what you think is really being said by the callers and by the players. Could you elaborate your thoughts on the racist current you obviously seem to sense in these exchanges?

Shields: I think it's almost all implicit; it's almost never explicit. If it had been explicit, I wouldn't have felt the need to write the book. It's the baffling undercurrent which makes it so interesting. Is race on my brain, and am I screwed up? Or is it on everyone else's brain, and am I just taking notes? No one ever acknowledges the true subject of our discussions; it can never get expressed directly, it simply can't be, won't be, isn't allowed to be talked about openly, and so it comes out in a thousand different inflections. One of my tasks in the book was to locate and read these inflections.

MT: How pessimistic are you about race relations in America?

Shields: I actually think they're improving, but right now, and so, too, for perhaps a long while, whites and blacks are in an excruciatingly self-conscious phase, and my book wants to explore that self-consciousness.

I'm cheered by the fact that my daughter and her classmates, since so many of them come from mixed-race families, simply don't see race when they look at each other. So the next generation will solve it, we want to believe. I'm not a sociologist and have no grand predictions; in the book, I just wanted to explore the acute self-consciousness that now, I think, pervades American race relations.