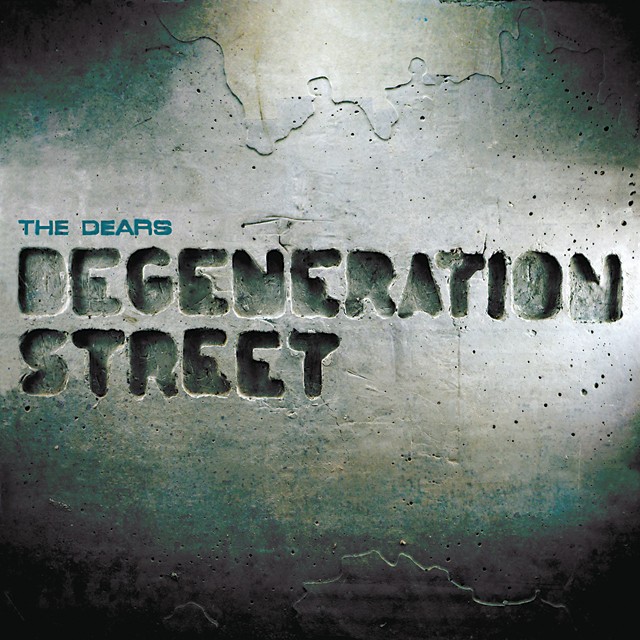 The Britpop and Smiths comparisons long addling Canada's Dears may relax with their fifth album, on which the charismatic Murray Lightburn and his moody cohorts change it up — with middling results. Band harmony helps; Degeneration Street marks the return of three members who left during fraught sessions for 2008's Missiles. Luckily, Lightburn's passion is uncompromised, coalescing well with pulsating '80s pop experiments ("Omega Dog") and slow-dance atmospheres ("Lamentation"). The problem appears when the Dears craft something that makes Lightburn sound vaguely ridiculous. Bubblegum grunge "Blood" has the perfect cringe-worthy dynamics to recall any number of horrendous mid-'90s modern rock hits, but most disappointingly, Lightburn's intensity derails the charming Motown imitation "Yesteryear." Over a different arrangement, his vocal would be fine, but amidst this brightness and levity he comes off more Tony Orlando than Smokey Robinson (although in fairness, there's a reason Motown singles didn't go on for four minutes). All the same, the Dears have tapped into an interesting reboot with their open pop flirting; ingratiating moments like the bouncing, persuasive "5 Chords" suggest they've still plenty of life ahead.